UFODigest.com » Paranormal » Lost Civilizations » In The Footsteps Of The Ancient Gods 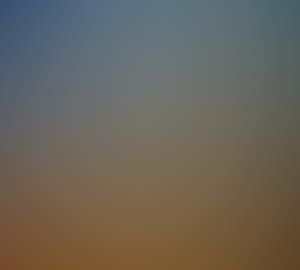 Some people come to Egypt to see elegant buildings, ornate columns and towering pyramids. Others come for a deeper purpose: to experience their resonance.

You see, to the ancient temple-builders, these structures were much more than beautifully appointed stonework: they were a series of harmonics designed by master craftsmen to guide subtle forces into a defined space, whose ultimate purpose was to induce in the pilgrim a higher state of awareness.

In other words, the Egyptian temples were, first and foremost, places for self-realization.

Which brings us to this tour.

To really understand why this land is so resplendent with extraordinary temples you need to get inside the heads of the ancient gods who first put them there. Gods? Yes, builder gods, to be exact. In the Pyramid Texts of the temple of Edfu, it is stated that following a catastrophic global flood, groups of builder gods named Akhu Shemsu Hor (“Followers of Horus”) re-established primordial mounds along the Nile, whose function was to act as foundations for the sacred places we see today.

To join Freddie or to get more information click here.

On this journey we shall be literally walking in the footsteps of these Followers of Horus, the precursors of later esoteric orders such as Manicheans, Essenes, Knights Templars and Freemasons (the honourable ones). From temple to temple we shall have a growing sense of their plan to elevate the consciousness of humanity, whose influence spread to all continents and cultures.

Egyptian temple tradition states that no site is truly sacred unless it is built on the foundations of a dozen sites. It is this constant use of a sacred place that imbues it with resonance; this is how a place really becomes holy over the course of time. Of course, that energy does not come from the application of a spiritual science alone, it is also the culmination of thousands of people venerating the sacred places over the course of time and leaving behind some of their integrity, so that future pilgrims may drink from that energy and maintain the cycle ad infinitum.

These temples, then, are not just masonry and mortar: they are alive, they are living, breathing entities: living mirrors of the pure forces that bind nature. Even today.