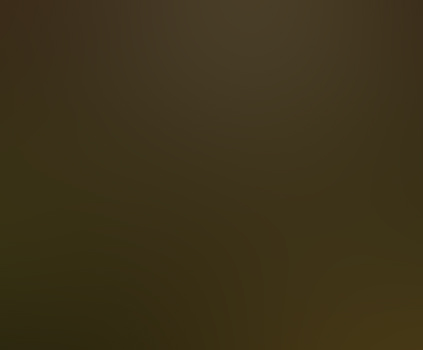 I have not been one to find much interest in the Big Foot issue for many reasons. I think the biggest reason was that up until now I have not come across an encounter that I felt was strong enough for me to believe that something that  strange or unusual was happening. I needed more than tree knocks and rock throwing to become really interested and concerned about what was happening with the Big  Foot subject. I did think something odd was going on but until now did not comprehend the danger or true strangeness of the Big Foot scenario that is being seen and reported all over the world. My interest became peeked considerably once I had the pleasure of meeting and talking to Mike Wooley.

I was told about Mike Wooley by a paranormal buddy of mine who  told me about Mike Wooley’s experience with two huge unknown type Big Foot creatures that hunted Mike while he was alone on a deer hunt years ago. Mike Wooley, in my opinion, is lucky he survived this experience and without question is  lucky to be alive.

Mike lives in the small town of Keatchie, 15 minutes south of Shreveport LA. He has been a hunting enthusiast since age 6, when he tagged along with dad while he squirrel hunted. At the age of 15 his interest turned to deer hunting, and he has been tracking in the Louisiana woods ever since.

Mike is a man who knows the woods especially in his area of Louisiana and the animals who inhabitant them. This man knows the sights, sounds and smells of the woods around him and is not one to take to stories of the unknown without questioning the possible reasons first.

That is exactly what Mike did when he found he was in a dead eye lock with a creature he could not identify that was enormous in size and strength. Mike was perched on his dear stand deep in the woods when finding he was being stalked by an animal over 7 feet tall and at least  400 pounds of pure muscle. This creature was angry and without question there for business , This animal became outraged when it found  Mike in that tree on that deer stand  in what this beast considered his hunting ground. At first Mike ‘s mind tried to logically figure out what it was he was dealing with. Mike knew all the animals in the woods. He considered maybe he was eye to eye with a feral human being that somehow was living wild in the forest . Mikes encounter became a life or death experience as not only was this huge creature after him but another just like it was coming at Mike from another direction.

Mikes describes the animals as huge in size yet with very human like faces, features  and eyes. They were intelligent and were able to communicate with each other as they hunted Mike as he sat on his deer stand alone in the woods that day.

Along with Randy Maugans of  ‘Off Planet Radio’  I was able to interview Mike Wooley and was fascinated by what took place the day two huge creatures attacked and nearly caught Mike Wooley in the woods that day in 1981. The event changed Mike’s life forever which once you hear his story is easily understood.

After hearing  Mike’s firsthand account of what he experienced  I had to accept the fact that we do have a very real unknown issue on this planet of another life form we do not understand that is living among us yet are able to stay hidden and free of human interference.

Mike feels they are intelligent creatures ,who are masters of their domains , can elude us and keep their tribes or family groups surviving. I feel there may be more to this unknown strange creature that has been reported for hundreds of years all over the earth

I question the fact that we are not able to find what we do of all the other animals that live in the wilderness .  We can catch visual glimpses of the other animals that  live in areas that surround us that are not populated by man with the aid of cameras or sightings by those who live near these locations of wild open areas. We send hunters and researchers into these areas to collect and find evidence of what lives there including nests, indications of what they are eating as well as foot prints and scat left behind by all animals. These obvious  things ,however, are not found in the areas that have reports of the mysterious Big Foot animal or  by those having encounters with them.

I find it very odd that the only evidence we find are limited and difficult to discover. There are small things found that suggest a Big Foot may have been in the area but not what you would anticipate being left behind by two or more 7 to 10 foot animals weighting at least 400 or more pounds. An animal that size would need a huge amount of food to run a body that big and would leave equally large amounts of scat , foot prints and pathways as it made its large body’s way through the dense forest.  These things would be found if it lived in an area or as a way to track the beasts as they made their way back to the deep wilds of the forest as they retreated from mankind.

I cannot grasp the idea that these animals are never found and even when they do come close to  mankind they do not leave any  real traceable evidence of where they go or how they get there.

After listening to Mike’s story I have to believe something more is going on with the Big Foot issue that we are not yet figuring out. How do these huge creatures come and go in areas that seasoned hunters should be able to track? Mankind may not be able to venture as deep in to the wilderness as these animals seem to however we should be able to track where it is they return to after they have close encounters with humans.

Mike explained to me that many groups who do search for them do it without knowledge of hunting or the woods. They go in with loud trucks and people who make enough noise setting up one of their camera driven Big Foots hunts to not only chase away Big Foot but every other animal living in the area. I understand that but what about the seasoned woodsmen who know how to hunt and track? Why is it they cannot find the trail of how these elusive large animal travel in our forests and wilderness?  I think if the Big Foot comes close enough to have an encounter with a human it should be able to be traced by the men who are trained how to do this without the cameras or fanfare of the average Big Foot TV hunter. Why is it no one has been able to track the direction these huge animals take when they retreat from areas in which they have had encounters with mankind?

Do they travel by way of underground tunnels or do they travel in dimensional ways or are they not animals of origin from this earth?  In my mind a great deal of this issue just does not make sense to me. I admit I may be wrong and it is possible that Big Foot is simply smarter than man and easily out wits us each and every time it deals with us. I imagine anything is possible.

For now listen to Mike Wooley tell you about his horrific encounter with two very angry creatures and decide for yourself what is going on with the Big Foot scenario on this planet. I promise listening to this man’s experience will give you pause and make you think a great deal more about what really is going on out there. As Mike tells us”

“On one cold Saturday in Dec 1981 while hunting, a doe ran under my deer stand while she was being chased by a Bigfoot. Little did I know that it would be a life changing event for me.”