UFODigest.com » Aliens and UFOs » Alien Encounters » IS MANKIND’S EXTINCTION A WALK IN THE SUN? 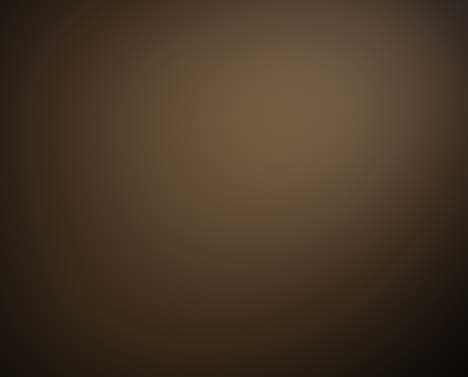 In addition to dramatic climate change, where severe droughts and floods threaten global food resources, the Earth stands in the path of other  dangers.

There is much worry about the one race of reptilian-grey space aliens doing salvage work, on Earth, a criminal vestige of other elevated alien groups, all of who initially donated their DNA, to create this preserve, that we call, “Earth”..

Higher technological biological entities, seen by  abductees aboard alien craft, during abductions- insect, mantis, amphibian, feline, reptilian- are echoed by their lower forms on Earth, a consensus of  life, donated.

These best games-keepers, did not ever allow the creatures within, to suspect that it was, indeed, a preserve and also , that mankind is a harvest-able crop,  engineered simians who knot neckties and ride public conveyances.

They prey upon our conscious energies and spiritual energies, deposit their energies within us, to ride us as vehicles, a possession of the fourth kind.

Abductees glean that these “Gods’,  deem that mankind  has infected and ruined the preserve, a planet we call, ‘Earth’.

Can these beings affect our sun, to foster natural selection, on Earth?

Many sightings observe alien craft dangerously close to our sun, a sun  not behaving in expected patterns of quiescence,  blazing such, that our military,  leaves contrails of particulate, metallic dust at high altitudes,  to reflect sunlight back into space, contrails noticed by average people.

Some say the World will end in an alien bang; others say the Earth will die in an alien whisper

Rather than South becoming North in a flash, a total pole reversal of magnetic North and South can, scientists say, fully shift in as few as ten years

Earth is no longer protected by its electromagnetic  force-field, during polar reversals and killing radiation, scorches all above ground life

This unspoken, under announced shift, poses an unseen and treacherous threat for our planet’s life.

According to James Pover, there is also another widely known but well hidden scientific secret towards Earth’s demise:

“( Outside of our own sun broiling us ) …contention (exists) that a brown dwarf star will decimate Earth.

Orbiting in our solar system, its inbound passage every 3,600 years, causes Earth’s magnetic field to fall, and sends civilizations back to the hunter/gatherer state.

In a binary system with our sun, the brown dwarf star is dark and impossible to see from a distance, yet as it draws closer, it will likely appear the same size as the sun, a big black circle in the sky,” he continued

“The dwarf star will emit radiation, and a gravitational pull that will cause  earthquakes, floods, tsunamis, and climate extremes.

Scientific evidence, of the coming change, was the inexplicable rising of the sun, two days earlier, than expected, in Greenland, this year.

The “powers that be”, aware of the coming dwarf star, and polar shifts have  made survival preparations including an underground facility at the Denver Airport.

They have also authorized the spraying of chem-trails which contain barium– this absorbs and reduces the effects of radiation.”

(from a social media communique)

Unlike  plans to vector away an asteroid’s arrival near Earth, with technologies, there is  little we can do to avert a cyclical solar and magnetic planetary disaster, so these threats, remain unreported

Distracted with terrorism, global warming and financial conundrums,  scientists choose not to concern us about magnetic shifts or secret killer dwarf stars and the imminent wholesale destruction that may face us.

The Earth’s magnetic field, is the shield that protects the planet from our sun’s deadly solar flares,  from lethal space and supernovae radiations

The colors of the auroras, in the skies at poles ends, are the visible interaction between these two forces as Earth’s magnetic field confronts the sun’s flare radiations, and result in the  luminescent color of Auroras Borealis, a gorgeous visual electrical magnetic display, of that very protection

But the signs of magnetic polar shift already in the works, now show some clearer signs of the impending danger to us, as not coincidentally, Auroras Borealis flares can often be seen in the night skies as far south, as Alabama

More signs of this  lethal planetary magnetic shift, are evident: the migration confusion of some fish, some ‘no shows’ of certain migrating butterflies, migrating  birds, and bees, creatures who all use the Earth’s magnetic fields to locate over distances

Already, animals extremely sensitive to solar energy,  species of frogs,  newts and salamanders, have been disrupted enough to  quietly vanish, the world over

Honey bees which pollinate every vegetable and fruit tree the world over, have  been crippled by their inability to hive geo-navigate,  and with their insect directional equipment suddenly askew,  hive desertions and colony deaths prevail

Einstein once said ;”Without bees, mankind would starve to death in four years.”

This  beginning of magnetic planetary shift, has allowed solar winds to intrude to cause a marked increase in skin cancers all over the world, in the last few years

Observable circular holes, above the poles, caused by ozone depletion by fluorocarbons, would increase from pole reversal, and create  an abundance of  larger holes, in our planet’s shield

Unlike the gargantuan geologic time frames evident in Earth changes, magnetic shift of  reversed polarities can occur in a few  years’ time.

Only a few – quietly- ignored- by– the- world- press-scientists, are raising an alarm, and we, who are distracted, pay the nightmarish scientific implications little heed.

Planetary magnetic shift. may in itself oddly explain why UFO / alien encounters and abductions appear to be so perfunctory; rather than friendly galactic greetings, the feel of expedient salvage work prevails, instead.

Our government is preoccupied with incessant and feverish digging, building deep underground networks and bases because a dwarf brown star or our sun’s  killing radiation, can scorch only a foot or two under and beneath the ground.

Fifty X-rays of 500 roentgens dose equivalent per day would cause worldwide leukemias and cancers to exposed and almost certainly uninformed populaces, and result in DNA degradation, preceding planetary decimation.

Scientific archeological evidence supports the  theory that sudden mass extinctions were tied to Earth’s planetary magnetic reversals, when mankind, lived more IN the Earth than ON the Earth

Human tribes in small hunting communities,  burrowed into cliffs, communal caves and shallow caverns, sheltered from the sun’s X-RAYs which blazed  lethal radiation,  during many  magnetic readjustment of Earth’s poles

We,  today’s humans, in comparison, are more apt to suffer exquisitely

When predicted severe solar flares reach the Earth, no longer vectored off by our magnetic shield, all in- flight and all on -the- ground electronic equipment will surely fail

A global failure in all cell phones, computers, satellites, radios and televisions will isolate us from each other.

If we as a race of beings were ever forced to desert and leave Earth,  only Eskimo Innuit tribesmen would be able to carry mankind’s genetics into space to perpetuate mankind, as only they have the cultural tools to eke a bare survival from maximum inhospitable environs; PHDs would perish within a week

Worse than cellphone and computer isolation, power grids already fragile will fail for months. and without power, and without water (the pumps are electrically operated) for many months, civilization as we know it. will collapse

Instead of mankind’s’ life on the Earth ending with the proverbial ” bang”, this magnetic flux  could, with a suitable stretch of imagination, be a silent killer that could do mankind in, with mere whispers.