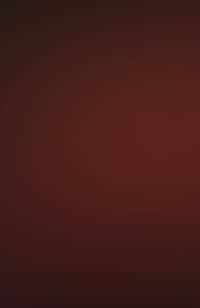 The pursuit of truth is the genesis of the quest!

May 18, 2007- Recent discoveries by archaeologists and historians have found evidence that indicates that elves, giants, dragons and even hobbits once existed on earth. Norse legends, Sumerian texts and the discovery of hobbits and giant eagles on the island of Flores indicate that the Lord of the Rings may be more fact than fiction.

Dirk Vander Ploeg in his new book, Quest for Middle-earth, has discovered the secret of why Tolkien believed that royal blood (San Graal) must be preserved and why it was imperative that his characters Arwen and Aragorn marry. Learn about the knowledge he possessed decades before publication of the best sellers Holy Blood Holy Grail and .

Dirk has researched scientific, biblical and historical texts to discover if J.R.R. Tolkien had secret knowledge of earth’s early history and if he based the Lord of the Rings on this knowledge.

Find out why Tolkien, an Oxford University professor of Anglo-Saxon and English language, learned to speak Finnish fluently and why he studied Norse folktales that were thousands of years old. As a devout Roman Catholic he believed in one God, so why did he imagine a setting and a cast of characters for his Middle-earth that had one main God and a pantheon of minor gods?

For the first time ascertain the real meaning and importance of the “RING”! The Quest for Middle-earth answers these questions and more.

He is the publisher of www.ufodigest.com, one of the Internet’s oldest and most popular UFO and paranormal online magazines. He has had a 25-year career in publishing working for The Toronto Star and Hamilton Spectator as well as being the publisher of several travel and other magazines.