UFODigest.com » Aliens and UFOs » IS THERE AN ALIEN/HUMAN WAR DEBATE? 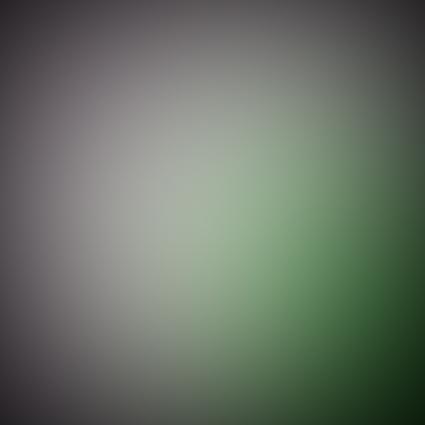 Occasionally I find myself in extremely odd circumstances due to the nature of my interests.  Last summer I found myself in the middle of an argument between one of the real time abductees I wrote about  during the past two years  and one of her longtime friends who is an avid UFO enthusiast.

The exchange between the abductee and the enthusiast took place while we were out to lunch at a crowded beach front restaurant on the ocean side of Long Island New York.

Most of the  luncheon  had been a peaceful afternoon enjoying a delicious meal overlooking a sandy beach and clear blue sky. The conversation had been of vacation plans, family as well as a long talk about the Long Island serial killer who even now  remains loose and wandering our Island roadways.

At the end of our lunch I excused myself from the table for a few minutes to call my home and walked out to the open veranda that wrapped around the restaurant to use my cell phone. I was only gone a few minutes. When I returned to the table I was surprised to find the two friends in a heated debate concerning war between aliens and humans.

Since I was not there when the discussion began I had no idea how the subject got started. I sat down and listened as the abductee and enthusiast had one of the strangest conversations I ever heard two friends have.

The enthusiast was angry and telling the abductee that the day will come when aliens will attack the human race to use us for fuel, or food, or slaves. The enthusiast was a bit all over the place with the reasons for the alien attack however she seemed sure it was only time before this event happened with the outcome being our doom.

The abductee sat there stone faced listening to her friend with such intensity I thought steam was going to rise from her head. I sat silently trying to figure out how to get out of this mess! In the mean time I tried to disappear in to my chair.

The enthusiast went on to describe a war of the world’s resulting in combat around the globe between aliens and humans. Occasionally the abductee would mutter, “that is ridiculous’ however her friend continued on with her long passionate description of a very movie like world war of aliens flying low above the earth’s surface while humans try to defend against them with the weapons we currently have. The abductee allowed her friend to continue this huge involved story of her idea of an alien / human war without interruption. Now and then she would laugh or shake her head but let her friend continue her passionate description of an alien human conflict.

I have either read or heard all the things the enthusiast was saying before and knew this theory was widely discussed with those interested in the UFO alien subject. I also know the abductee and wanted to dissolve in to my chair as I knew she was going to blast her friend and her ideas concerning her interpretation of a war of the worlds.

The enthusiast talked endlessly about how mankind may soon find they are going to be forced to fight invading alien forces in a fight for world control.

She talked about how mankind will wage a good  fight against our invaders using  our newest weapons during long tedious battles with alien forces who want to overtake and use the human species for food or fuel or slaves.

She talked about how only the humans who will be able to  go underground will remain to fight off the invading aliens. She went on to describe how the fight will end by way of the humans fighting the aliens in gorilla style tactics including sneaking up on alien crafts using balloons to lift them into their interiors of their crafts  where the human warriors will be able to overtake and destroy the alien forces.

The UFO enthusiast talked as if in a hypnotic state how a small group of the human warriors would in this manner defeat the aliens and return to build a new human race upon the earth.  This is the point where the abductee could no longer maintain her reaction and burst out laughing at her enthusiast friend’s fantasy scenario of an alien/human conflict of war.

The abductee shook her head in amazement and asked her friend if she was serious or pulling her leg with such nonsense? Her friend immediately became insulted and defensive.  The abductee sat looking at her friend as if she was the strangest thing she had ever seen and finally said:

“OK- I cannot let you walk around thinking something so ridiculous as it seems to have gotten out of hand and you seem to be lost in the fantasy and confusion  of this subject that seems to be prevalent in our society. “ The abductee took a long look at her friend and continued:

“First of all you need to understand that sadly in our society things we consider paranormal, or supernatural or unknown are simply things mankind has not yet figured out or understand. A huge problem with the subjects we consider unknowns is that we have completely combined confused and destroyed our own thinking about these subjects with fiction and fantasy that is shoveled on top of us daily.

Science fiction is not paranormal, horror movies about sexy vampires become confused with reality while reality is lost to the fantasy of Hollywood.

Star Wars was a great movie however reality is -that it is doubtful- all life forms in our universe would be able to sit together in a bar sharing a drink  simply due to the simple fact of atmosphere differences .Humans have built a cute little comfy world where they live in fantasy about many unknowns. I realize it is one way to deal with that which we do not understand however I also think it is just going too far. Here I sit listening to you rattle off pure fantasy as fact and you’re doing it with a straight face.”

The enthusiast was not happy and started to interrupt her abductee friend to defend her position on alien- human warfare. The abductee would not have it and told her friend to sit and listen as she had to her long rant on the war of the worlds. The abductee continued:

“The view you have of this conflict is absolutely childish. Do you truly believe that beings that are advanced enough to visit us in the manner they do with ease and obvious control over the situation would have to physically fight with us?  Do you really think that if they wanted to take, use or have anything at all more than they do now from us they would need  to fight us for it? Do you seriously think the advanced beings that visit us would need to become involved with us in any type of war event? If they want more they will take it, if they want to control this world completely they will dot it and if they want to kill you – you would be dead in seconds! “

The abductee was obviously annoyed with her longtime friend and her UFO enthusiast friend was showing signs of anger with the abductee’s questions. The enthusiast tried to defend her thinking by launching into a memorized scenario once again about mankind in hand to hand combat with invading alien forces. The abductee raised her hand abruptly stopping her enthusiast friend from continuing her rant.  The abductee spoke:

“Stop, this nonsense- I had no idea you became so confused between what is logical and probable and what is fantasy. You are lost in the delusion of fiction that has been developed through fear of those who are in need of that kind of fantasy in order to digest the UFO situation on earth. You have given over to science fiction as fact and have started to believe the nonsense that flows from Hollywood the bloggers and ridiculous TV shows. “ The abductee continued talking now with a bit of anger rising in her tone.

The great human delusion is that this planet and the primitive earthlings living on it is somehow of great importance to the other life forms that exist and view or visit us as they traverse this enormous universe.

First of all there are billions of planets around billions of stars in billions of galaxies. Our little planet may be important to us but it is doubtful it is of any great importance to our cosmic neighbors.  Mankind has placed a huge amount of importance on the alien human relationship. Mankind seems to think we are sort after and of huge concern to our visitors. I am confused at this thinking as we have obviously been shown that is not the case.”

The UFO enthusiast sat silently and obviously annoyed while the abductee continued her case against her friends ridiculous thinking.:

“Our visitors do not care to be known to us on a global scale. If that was their wish we would know it. All they would need to do is make a worldwide sighting visible over highly populated areas to be known to become fully disclosed to mankind. Instead they do not seem to care if they are at times seen or not.  They do not seem to care what we think.