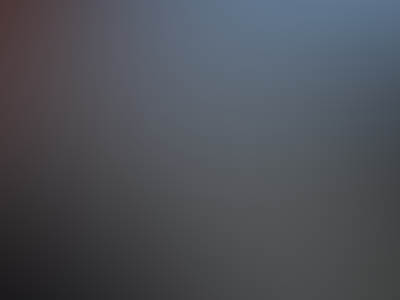 Japan is preparing to launch its new rocket called Epsilon, which will put research satellite SPRINT-A into orbit to observe Mars and Venus. The rocket is peculiar for its small size, which allows to put small and lightweight satellites into orbit and significantly reduces launching costs.

As writer and journalist Vladimir Gubarev said in an interview with Pravda.Ru, Japan is known for its innovative approach to space exploration.
Click here to enlarge top photo.
“I came to Japan for the first time in 1987, when I attended the well-known Japanese Atomic Industrial Forum (JAIF), which gathers nuclear scientists from around the world. It takes place in spring when cherry trees blossom, so everything was very beautiful and unusual. I delivered a speech on Chernobyl, and, among other things, Academician Legasov. Some time later, I went to Japan for the premiere of my play “The Sarcophagus”, which all people of the Japanese nuclear industry were supposed to see. There were numerous press conferences in Tokyo, Hiroshima, Nagasaki and Kyoto. Inevitably, space exploration was mentioned at all meetings. Already at that time, Japan was one of the leading countries of the world from the point of view of the development of atomic energy. And they would always say that in order to remain at the forefront, one had to develop space exploration.
“First rockets began to appear at that time, they started building a spaceport on the island of Kyushu. Nuclear specialists took me to that launch site, and I attended the launch of one of the first space rockets. The Japanese would always emphasize that the full complex of modern sciences includes space exploration, and that it was the most profitable investment.
“Japan makes an extensive use of American space research works, and hardly ever uses the Russian experience. What struck me most – they were first of all interested in the moon and planets in the solar system. Oddly enough, they asked me about Chernobyl as often as they did about Venus and our prospective studies in deep space. Back during those years, the USSR was going ahead of other countries especially in the field of exploration of Venus. One of the first contacts that were established with Japanese scientists, albeit fragmentary and not numerous at all, were contacts in the space field. They sent several spacecraft into space on Soviet interplanetary probes. They also collaborated with the Institute for Space Studies.
“Afterwards, there was another complication of our relations because of the Kuril Islands, and contacts stopped almost in all areas. For example, after the Fukushima tragedy, they did not let Russian experts go there. As far as I know, there are no contacts between Russia and Japan in the field of space either. That’s a pity, because their projects are very unusual. The Japanese make small miniature spacecraft to explore the moon and planets. They believe that it is a fundamental research for them. They have launched many satellites of different purposes. Japanese spacecraft are very small, but they operate for a very long period of time – from 15 to 20 years. Russian probes work for four or five years, whereas American ones last for ten years. Most importantly, they emphasize that the development of the country is impossible if there is no unique scientific research, particularly space research. This applies not only to space, but also to biology, and sciences related to medicine, etc.”
Source: http://english.pravda.ru/science/tech/22-05-2013/124629-japan_space-0/