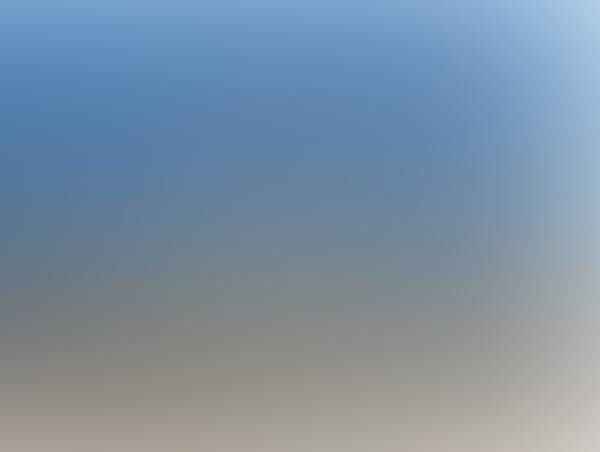 Abgar who? – readers might exclaim. Precisely. Readers are probably unaware, but King Abgarus of Edessa was a central character within 1st century Syrio-Judaean history and within the biblical accounts, and so they must ask themselves why they have never heard of this king or this city. Why is this so? Because both Saul-Josephus and the Catholic Church did not want anyone to know anything about King Abgar, and so he has been deleted from history. Saul-Josephus, for instance, writes an entire history of 1st century Judaeo-Syria, but never once mentions King Abgar or the powerful and influential city of Edessa – a city that became the first and the greatest center of early Nazarene Christianity. But how can this be? It is inconceivable that Saul-Josephus did not know of Abgar and the exploits of his famous wife and sons, and their many connections to the biblical story, so how it is possible that he does not mention them? Well he does mention them, on numerous occasions, but he calls this Edessan monarch King Monobazus-Izas of Adiabene. Why? Because the true history of King Abgar was deeply troubling for the new fairy-story that Saul-Josephus was peddling to the gullible faithful: the disingenuous and mendacious fable that we now call the New Testament.

If you missed part one in this series simply click here!

And how do we know that these Edessan monarchs were connected with the biblical family and with Jesus himself? In fact, readers of this new book will find that the evidence is both comprehensive and overwhelming, for once we start making this comparison a veritable Niagara of information pours forth from that region to confirm this connection. Ralph had no idea, before starting this investigation, how prolific and authoritative the Armenian and Syriac Christian chroniclers were. Forget the PC claims that Islam maintained the enlightenment through the Dark Ages, in reality the science, astronomy and philosophy of Greece was maintained by the Syriac intellectuals who lived as dhimmi serfs under their Muslim overlords. And so this identification for Jesus is not merely an interesting possibility, this will be an incontrovertible proof that Jesus was a son of King Abgar – a prince of Edessa.

But this radical new identification gives us so much more information about the biblical Jesus, including contemporary coins and even a contemporary statue that show exactly what he looked like. And one of the interesting aspects of this new pictorial evidence, is the astonishing fact that the Edessan monarchs always wore a ceremonial Crown of Thorns.

Thus the famous crucifixion scene for Jesus was not a simple mockery of a carpenter who claimed to be a king, it was actually a mockery of an Edessan monarch who had lost a battle with Rome. And to emphasize who was right and who was wrong in this dispute, the Romans dressed Jesus up as a defeated Edessan monarch, complete with his rather peculiar-looking Crown of Thorns – a crown that is central to the true theology and beliefs of this Edesso-biblical family, and is intimately linked to the Scottish Stone of Scone. This is why this crown was being denigrated in this fashion, it was not simply because it looked strange, it was because it was symbolic of an ancient belief system that had emerged from Egypt thousands of years ago and had matured in Greece for hundreds more years. This was a creed that was envied and feared in equal measure, and has left its mark on lands as remote as Ireland and Scotland. 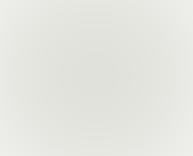 The King of Edessa wearing his Crown of Thorns

As we can see, the gospels were not wrong in what they recorded. In fact, the revised history of this region demonstrates that they are almost entirely correct – it is simply our perception of these events that is wrong. In reality, all of the gospel events happened in the turbulent AD 60s, and not during the comparative tranquil of the AD 30s. More importantly, Jesus was not a pauper-carpenter he was a king, for that is what the titles ‘christ’ and ‘messiah’ mean: they refer to an anointed king of Israel, which is why this great leader was called the King of the Jews. In reality, Jesus was an Edessan prince who was taking advantage of turmoil within the Roman Empire, to advance his claim to rule the world.

In AD 65 Nero had kicked his wife Poppaea to death, and so from that time on he was a dead man walking and everyone knew it; and so many influential and powerful Romans began jostling for power and for the Throne of Rome. One of those contenders for the imperial throne was Jesus-Izas, the prince of Edessa. How do we know this? Because the great oracle that was being spread in the corridors of power in Rome at that time was the Star Prophesy, which foretold that a star from the east would become the Emperor of Rome. The Roman chroniclers report this oracle rather more soberly, and the following is a conflation of the reports by Suetonius and Tacitus.

In most (Jews) there was a firm persuasion, that in the ancient records of their priests was contained a prediction of how at this very time the East was to grow powerful, and rulers coming from Judaea were to acquire a universal empire. This prediction referred to a Roman Emperor, as events showed, but the Jews applying it to themselves broke out into rebellion. (Tacitus, The Histories, 5:13) (Suetonius, The Lives of the Twelve Caesars, Vespasian IV)

The rebellion mentioned here is the great Jewish Revolt of the late AD 60s, the revolt that was led by both Jesus of Gamala and by King Izas of Adiabene-Edessa (who were, in reality, the same person). And the ‘universal empire’ that this quote refers to, is the vast pan-national empire that Jesus wanted to establish. Remember that this princely Jesus-Izas was directly related to the royal lines of Egypt, Rome and Parthia, and could potentially have united the entire known world into one vast empire. And who would be the leader of this great empire? Well, in Judaic traditions this same prophesy was known as the Star Prophesy of the East; but who was

There came Magi from Parthia to Jerusalem, saying: “Where is he that is born King of the Jews? For we have seen his star in the east, and are come to worship him.” Math 2:1-2

The unmistakable conclusion to this ground-breaking book will be that Jesus was a king of Edessa in the AD 60s, who very nearly became the emperor of Rome.

But this historical truth undermines everything the Church has been trying to peddle over the last 2,000 years, about their pauper prince of peace. In reality, Jesus-Izas was was warrior prince of great wealth and even greater ambitions. And so the New Testament’s distorted version of Judaean history was not simply a parody of the true history of this region, devised for literary amusement, it was also Roman propaganda. Rome was exasperated with Judaeo-Nazarene agitation in its eastern provinces, and having comprehensively wiped Judaea off the map it decided to give the surviving populations in that region a political double-punch – courtesy of Emperor Vespasian’s quicksilver-quilled wordsmith, Saul-Josephus (the biblical Saul, or St Paul).

In a triumph of mendacity over honesty, Saul-Josephus produced the Jewish War; a secular history of Judaea which basically said that Rome was grievously provoked and was therefore just in destroying Judaea. But there were also the divisive creeds of Orthodox and Nazarene Judaism to tame and quell. Thus Saul-Josephus also wrote and edited a religio-spiritual history of 1st century Judaea, which eventually became Judaism Lite or Simple Judaism – a new Rome-friendly version of Judaism that any Roman Gentile could join, which is now known as Christianity. And who could Saul-Josephus employ as the hero figure of Judaism Lite? Well, this just had to be the infamous hero-villain of the Jewish Revolt, who we know from the historical record was called King Jesus-Izas and who we now know was an ambitious king of Edessa.

But to counter any further thoughts of revolution, Saul-Josephus ensured that this spiritual hero-villain had been deliberately detached from his homeland and emasculated from his imperious role. The true history of a warrior king had become a fallacious cult of a prince of peace, and Emperor Vespasian must have laughed heartily at the many gullible adherents who believed the propaganda that Saul-Josephus had so expertly crafted. crafted.