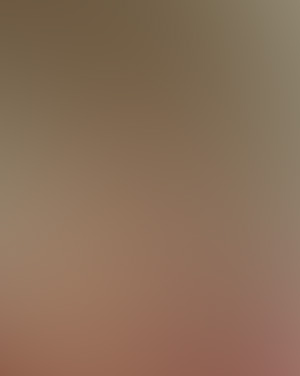 Kathleen has been investigating UFO abductions for 22 years. She specializes in the psychology of abduction and abduction history. She is the author of several books: Captured! The Betty and Barney Hill UFO Experience, Science was Wrong published in 2010, and more recently contributed a chapter in The UFO & Alien Anthology published in 2011.

The Betty and Barney Hill case study occurred in 1961 in near Lincoln, New Hampshire and these abductees are also Kathleen’s aunt and uncle! What a way to be indoctrinated into a topic. Her second book titled, Science Was Wrong, was co-authored by nuclear physicist/lecturer Stanton T. Friedman. Kathleen has appeared on many television and radio programs including the History Channel and the Discovery Channel. The latest presentation that she lectured on at the Ozark Eureka Springs UFO Conference is called, The E.T. Agenda: Why don’t they land on the White House lawn?

I spoke with Kathleen in May 2012 about her involvement in the ET/UFO phenomenon.

I am getting primarily American responses, but I do have some from Canada and Australia.

I attended two of your lectures on two different days and I am amazed at some of your findings.  Tell me from your findings so far, which alien race is most prevalent in conducting abductions?

The respondents to the questionnaire said about eighty five (85%) are small greys and they are approximately (3.5 to 4 ft.) tall. Ninety two (92%) said that they had contact with taller greys (4.5ft-5ft). The aliens communicate telepathically but some people have reported hearing sounds when they speak with each other…mmm sounds or clicking sounds.

The Florida’s chief investigator for MUFON, Denise Stoner, and I are working together on a project. We designed three questionnaires to identify unique commonalities among UFO abductees.  The first one is about human abduction, the second one is about ET Technology, and third on is for a control group. The control group denies having been abducted and answers the questionnaire to shed light on what commonalities may occur in the general population.

Can you name some of the other races involved and to what extent they abduct people?

Fifty-four (54%) of the respondents, name the Praying Mantis type (insectoid).  They describe them as very kind and highly telepathic, but frightening in appearance.

What is a common feature, if any, would you say attract the aliens to choose people for abduction?  I heard some people are of a certain background; say, Native Indian and Celtic backgrounds.

Yes some earlier research found Celtic backgrounds or Native Indians do get abducted more often. Blood types are random – according to my survey O, A, AB, are all abducted equally, no B types yet been reported. There are more positives than negative blood types.

Is it true that abductions run in families?

Dr. James Harder, member of the Aerial Phenomena Research Organization (APRO), investigated many abduction cases. He noted that the abductees had been followed throughout their lives.  Many people have indicated to me that abductions have happened to others in their families.

Of all the abduction stories you have heard over the years, which alien race gets the “Bad alien of the year award”?  Are they all benevolent or are there some races we should be more on guard of?

There is only one race I have heard negative things about and it is the Reptilians. They are said to have a primal brain that focuses on the physical; food, sexuality, and perhaps resources. They seem to cause people to have negative feelings toward them. Many abductees say they felt mistreated.

Is it true that this particular race has an interest in sexual relations with humans?

Yes, this is true from what I hear.

What other types of tests have the aliens conducted on humans?  Most of us have heard about the hybridization program where they extract human eggs and sperm to create hybrid aliens, but what other tests get conducted?  Do they check our blood types, do they check our emotional and intelligence IQs?

Fifty-five (55%) have reported they were shown holographic images for instruction or to elicit a response. For example, a man was shown his deceased stepfather and dog. Another person stated she was shown a holographic image of herself with the Grey’s, like a family picture, giving her the idea that she was one of them.

Was she harvested for her eggs?

She was harvested.  They wanted to CONVINCE her to relax and to trust them. She is part of them; many people receive that type of message. Many think that it is a deceptive practice to make people feel they are part of the ET family.

Your Aunt Betty Hill, said that during her abduction one of the leaders spoke to her in English. Was this a telepathic conversation and how does she know it was English. Was it thought-projection or did they actual speak?

It was telepathic messages, but what she heard in her head was English.

What alien race is most responsible for implants?  Do you think they are tracking devices capable of locating that person years and years from now?

A vast number of implants would be to control their behaviour and track abductees.  Some have woken up with blood on their pillow from a nasal implants.  Abductees are very careful and very apprehensive about whom they will share information with.

What do we know about alien emotions?  I guess my question is; do they have any?

Some people think they don’t have any.

The Greys reportedly do not have our range of emotions. They might be studying us for that reason.  We (humans) are a difficult race to deal with. We are like emotional shifters

Through your studies, what have you heard about the NORDIC (blonde hair/blue eyes) race?

A tiny percentage of respondents, twenty three (23%), said they had contact. They are here to help human awareness, environment protection, human rights, and promote peaceful interaction amongst nations.

Why are a lot of people under the impression that since these beings are so technologically advanced that it translates into the aliens also being more spiritually advanced?

There is no reason to believe that they have evolved more spiritually.  It could be the case that the ETs have a problem on their own planet and maybe are here for resources, so they could have a predatory nature, but from the information I’ve received they seem to be benevolent.  There’s also a non-interference policy.  They would only intervene if we were on the verge of nuclear disaster, perhaps saving our planet. They have the technology to shut down our nuclear weapons.

Tell me what you have learnt through your questionnaire and also speaking with individuals who have been abducted, what they thought the ET agenda might be.

We are not sure exactly why they are visiting or how long they’ve been here. They may have their own agenda. They have done emotional experiments using holographic images on screen of destruction or devastation of a planet, to evoke an emotional response. The ET’s (Grey) have been instructing us to beware of the possible destruction to our own planet.  In particular we’ve been warned about nuclear weapons, for example. So perhaps they are acting as guardians, overseeing us and warning us.

Yes, it was UFO Chronicles.  I read it and was surprised to learn about the disinformation being fed to us and to UFO investigators to throw the UFO community off track.

Certain people, prominent in the field, have been approached by disinformants and given what is allegedly secret information that they can disseminate to the interested public.

Then we discover that it was only a disinformation campaign and you just can’t believe it.

I mentioned a well-known reporter in the UFO field (who will not be named here) who got discredited for believing the information she was given and passing it on through the internet lectures etc. Do we know who is responsible for this disinformation?

If you can bring down a prominent investigator, if you can discredit them and bring their credibility into question, then you’ve served your purpose. We don’t know specifically what agency is responsible but it appears to be one or more government agency.

For our readers can you tell me what are you presently working on and where people can go for more information on you, your books, research and lectures?

Yes you can go to my website at:  www.kathleen-marden.com. You can purchase autographed copies of Captured!, Science was Wrong, and my chapter in UFO and Aliens: Is there anybody out There, published in 2011. I am going to be speaking at The International UFO Museum in Roswell, June 29-July 2 and MUFON in Covington, KY, August 3-5. I’ll be at the Indian Head Resort on September 14 and 15 to lecture and give a guided tour of the Hill’s close encounter route. The questionnaires are also posted on my site. Thanks for your interest in my work.

Most recent posts by Johanne Robichaud

All posts by Johanne Robichaud