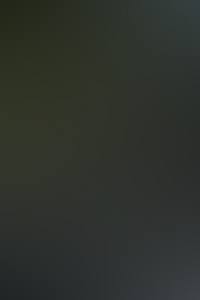 PRLog (Press Release) – Nov 10, 2010 – Police have been keen to suppress speculation about the arrest and also play down the rumours that these incidents involved elements of the paranormal. But speculation has been rife and whilst no firm denials have been issued by the police about the circumstances surrounding some of the incidents, any suggestion of paranormal activity has been strongly refuted.

They are also keen to stress that this arrest is only the first of what they think will be several arrests in what they think could be either an elaborate prank or extortion racket.

As the events unfolded on Monday at breathtaking speed I was contacted by the police and invited to attend a interview session with the arresting officer Detective Roger Silverton and have been granted permission to publish extracts from that interview.

Initially I was taken by a police custody van to a location deep in the countryside and escorted out of the van and down into what appeared to be an old underground war bunker.

I was then led into a room and sat at desk opposite Detective Silverton. I was told that I had about fifteen minutes to interview him and after that would be taken back to Manchester; there were no other journalists present.

My first question concerned the first reports of the incident on the M6 and also about the exact location.

Detective Silverton stated that the accident took place within a 20 mile radius of Birmingham on the M6 southbound carriageway but the exact location was kept secret because they were concerned about public safety, believing that people would flood to the location and also they were keen to avoid a multitude of false statements about the incident.

When asked about the alleged flash of light that was apparently seen on the CCTV footage from the scene Detective Silverton said that they now believe this was caused by a lightening strike nearby the location at the time. He did not offer any explanation for the lack of human tissue found in the cars at the front of the accident; citing that this has not been confirmed by anyone other than an anonymous source who they believe was acting from the inside on behalf of the man they hold in custody.

But answers were still thin on the ground and whilst no full denial was issued about the prospect that some of the facts still being unexplainable, Detective Silverton continually reiterated that what had hampered their investigations the most had been the speculation and rumour as this was now attracting ‘every person who has ever thought they have seen a UFO’ and wasting a lot of time and resource.

I then moved on to the incidents at the Pitié-Salpêtrière Hospital located in the centre of Paris. He said this was not within his jurisdiction but that the investigation team in Paris had been in contact with his department due to certain similarities surrounding the events.

These similarities included the use of vehicles to create a ‘scene’ on a popular Parisian route in order to gain maximum attention from the public and also the reports of a bright light from several witnesses.

I again concentrated on the Paris incident and asked about the witness reports of some of the vehicle occupants momentarily disappearing and that the injuries revealed from the autopsy reports were not consistent with those that would be associated with a car crash; I was told that the only official information they have shared has been the common identity of the main suspects and the similarities of the incidents themselves. The only additional item of information I was given was that the accident itself took place on the Avenue de New York, near to the Eiffel Tower.

He offered no comment on the allegations of body tampering in the morgue.

Detective Silverton was also keen to play down rumours of time travel and indeed any other aspect of paranormal activity insisting that a logical explanation could be attributed to each allegations made in the recent spate of articles about the M6 and Paris incidents, insisting that the public ‘needn’t be concerned and that no evidence uncovered so far pointed to anything but an elaborate prank’

I turned my attention to an earlier comment that his team felt this was part of an extortion racket to which Detective Silverton replied that ‘people will pay large amounts of money for anything considered to be proof of life beyond death, proof of extra terrestrial life or even evidence of the ability to travel through time. This group of people seem to be capable of creating the illusion that paranormal activity of some type was responsible for these incidents and we are tracing some artifacts on the black market that appear to be linked to both the Paris and M6 incidents’. I asked if the fraud squad was also involved then given that this was technically a case that also fell under their jurisdiction; Detective Silverton offered no response.

When questioned about the identity of the suspect I was told that for his own protection that will remain anonymous and that this will remain the case until the other suspects that are actively being sought are arrested. When asked about why the suspect would be transferred to London I have been told that the main investigative team are based there along with all the evidence so this was purely a logistical decision; I was not offered an answer as to what department within the police force this team operate under but told it was not part of the Metropolitan Police.

Detective Silverton offered no clue as to the identity of the other suspects, only indicating that there investigations have led them to a financial institution in the City of London which is why extortion is being considered as a motive for the incidents.

I was then led out of the room and driven back to my office in Manchester.