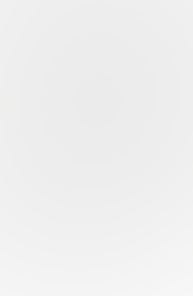 Malaysian wildlife officials denied capturing a baby “Bigfoot” on Thursday, April 20, 2006, amid fevered speculation over the existence of the mythical creature in the nation’s southern jungles.

The Berita Harian newspaper reported that a young Bigfoot was caught by a group of men thought to be from the Wildlife and National Parks Department (Perhilitan) near the southern town of Kota Tinggi two weeks ago.

The paper quoted local residents as saying they had spoken to men who described shooting the creature with tranquilliser darts. The locals then peeked into the back of the their truck to see a large, hairy creature.

“During the period reported, Perhilitan did not mount any operation in the area,” Musa said in a statement carried by the official Bernama news agency.

Freddie Long, the Tourism and Environment Committee chairperson in southern Johor state, said that if a Bigfoot had been captured, it should have been given to local authorities for research.

Bigfoot fever erupted last December when some workers claimed to have spotted three of the beasts, two adults and a youngster, on the edge of a Johor forest reserve.

The tale was given wide coverage in the national press, which also carried stories of other sightings, some dating back decades, and printed photographs of supposed footprints — vague impressions in the jungle floor.

Local authorities treated the claims seriously, with plans for an official expedition to track down the mysterious beasts, and setting up a telephone hotline to report sightings.

Suggestions that the story has been cooked up to lure tourists to Johor have been denied.

Stories of mythical ape-like creatures have been reported in wilderness areas all over the world. They are known as Bigfoot or Sasquatch in the United States and Canada, and yetis in the Himalayas.