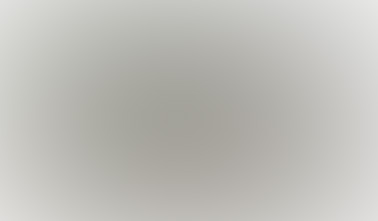 Making a buzz on the internet this past week is the story about a new documentary being produced in Mexico, a documentary that will blow the lid off of extraterrestrial disclosure–if it delivers what its producers say it will deliver.  What it claims it will deliver is nothing short of a game changer for the world.  It is called, “Revelations of the Mayans 2012 and Beyond“.

Raul Julia-Levy is the producer of the documentary and has enlisted both the Mexican government and the Guatemalan government in the project.  Enlisted the governments of two countries?  To do what?  To make available to the filmmakers previously classified evidence of extraterrestrial interaction with the ancient Mayan civilization, evidence that has been locked in vaults underground for a long time!

Reporting on this amazing project, Filer’s Files #34-2012 had this to say:

Luis Augusto Garcia Rosado, the minister of tourism for the Mexican state of Campeche, said new evidence has emerged “of contact between the Mayans and extraterrestrials, supported by translations of certain codices, which the government has kept secure in underground vaults for some time.”
He also referenced “landing pads in the jungle that are 3,000 years old.”

So, here is one Mexican official talking about the evidence in the possession of the Mexican government that exposes extraterrestrials’ interactions with the ancient Mayan civilization. This information is in the form of ancient codices which have been kept “secure in underground vaults” for a long time.

At first, the Guatemalan government was skeptical about the project, but did agree to open up to them a previously restricted and unexplored section of a Mayan site at Calakmul.

“We believe for certain that aliens worked with the Mayans,” said Guatemalan arts minister, Jose Rosado.

“Guatemala, like Mexico, home to the ancient yet advanced Mayan civilization has also kept certain provocative archeological discoveries classified, and now believes that it is time to bring forth this information in the new documentary,” Guatemala’s minister of tourism, Guillermo Novielli Quezada, said in a statement.

Mexico has a track record, albeit small, when it comes to releasing previously classified evidence of extraterrestrial presence and activity.  It was the Mexican Ministry of Defense that released the video from one of their Air Force flights showing 11 UFOs flying around one of their aircraft a few years back.  Important to note was the video from the FLIR (Forward Looking Infrared) device on the airplane.

That video shows what could not be seen with the naked eye.  The pilot and crew never saw anything at all with their naked eyes.  They saw returns on radar, but nothing with their eyes.  They turned on the FLIR, and it saw what their eyes could not.

The very night the news broke about the Mexican Defense Ministry’s release of that video, I went on air an told the audience to watch and listen carefully to how the media in the U.S. would spin this in order to try to turn it into a non-event. Sure enough, Fox News reported that the Mexican Air Force had caught on video “11, count them, 11 fast moving points of light” and thought they were UFOs.  Then, once it had been reported as “points of light”, the spin doctors started up with their nonsense about how the crew of the airplane probably saw a meteor that had broken up.  Preposterous!  The crew of the aircraft did not see points of light.  They did not see anything at all with their unaided eyes.

While we anticipate the release of the new documentary from Mexico and Guatemala, this incident with the video from the Mexican Defense Ministry plays a very important role for two reasons.

Secondly, the way the media and spin artists dealt with the video from the Mexican Air Force is also a track record.  They have a very long and well established track record of mangling the facts and even outright lying.  We know for sure the mass media and the spin doctors are going to go after this documentary and do all in their power to nullify its impact.

But, if this documentary delivers what its producers are saying it will deliver, no amount of twist by the media and the establishment media will be able to derail its impact.  That is a huge “IF”.  But IF it delivers the evidence it claims to have, this documentary will shift the international conversation skyward.  In a very short time, there will be far more attention being paid to the extraterrestrial implications than to whether the U.S.A. is happy or unhappy with a particular country.

The effect of this shift in the global focus, should it happen, is that the U.S.A. will have been pushed to the sidelines.  While the U.S.A. could have gotten in front of this parade and been the leader of disclosure, they have–up to this moment–denied, lied, and classified.  Being caught in yet another massive lie about the biggest reality in human experience is not a good thing.  It does not engender trust or respect around the world.  In fact, it just could be America’s step into the shadows of irrelevance on the world stage.  Irrelevance is hard to shake once it has begun.  Like a disease, it has a tendency to grow.