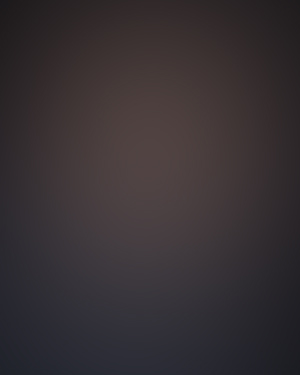 This article was previously published under a similar title at the Alien Jigsaw, a premium abduction website silenced by harassment and an invasion of privacy. Its contents have been recently revised and updated with new material pertinent to the subject matter. I wish to dedicate the article to AJ and offer my thanks and appreciation to those unrewarded individuals who have given so much of themselves in order to advance our understanding of the reality before us.

Editor’s Note: This article contains potentially explosive implications for the health and welfare of humans, animals, and sea mammals on our planet. It is lengthy and in some instances graphic, but well worth your time to read. More information about the science behind Dr. Bonenfant’s Prion Hypothesis can be located in the Footnotes.

Background
Absence of Organs
Pathological Findings on Lady
Bodies Found in Trees and Power Lines
Bias for Younger Victims?
Circular Depressions Left Behind
An Array of Animals Mutilated
A Review of the Evidence
Obstruction by Law Enforcement
Sinister Implications
Aliens as the Perpetrators
The Prion Hypothesis
Conclusions
Discussion
Footnotes

The subject of animal mutilations is inherently distasteful, if not repugnant, to most people. It’s hard to imagine why anyone would inflict cruelty upon helpless creatures, especially those which are solely dependent upon us for their existence. Yet, there is considerable evidence to suggest that a deliberate and premeditated assault on both domestic and wild animals has been ongoing for several decades. Since livestock, particularly cattle, have been the most frequent victims of these mutilations, the phenomenon has come to be known as “cattle mutilations.” What is striking to this researcher is that so little progress has been made over the years in determining the nature and source of these mutilations.

This article will attempt to review the physical evidence relating to these mutilations in the United States and England. Luckily, much of this evidence has already been collected by a core of dedicated researchers in both of these countries and Canada. Their findings have largely been gathered by individuals who are equally puzzled over the bizarre nature of the mutilation phenomenon and who have labored with little or no funding. Hopefully, what they have uncovered can now be augmented with more recent advances.

The first mutilation case to peek public attention in the U.S. was the horrific mutilation of a domesticated horse name Lady. It occurred near Alamosa in southern Colorado back in 1967. The unusual nature of the mutilation came to the attention of investigative reporter Linda Moulton Howe [2] who brought the incident to the public’s attention. Her first impression of the horse’s body was shocking, “The horse’s entire skull and long neck had been stripped of flesh and every organ in the horse’s chest had been surgically excised. Yet no blood could be found anywhere around the animal… And no tracks were evident.” [3]

Since Ms. Howe’s initial account of the event, thousands of similar mutilations have been reported from around the world. One of the most notable characteristics of these cases is the complete absence of blood both in and around the carcass. This is a process known as exsanguination. It’s difficult enough to perform in a medical or mortuary setting, but to do so in a natural setting without any evidence of bleeding would be a challenging task. Yet it is the hallmark of an animal mutilation. To a naive observer, it would appear that the hapless animal was the victim of a phantom vampire.

Another characteristic feature reported by Ms. Howe was the absence of any tracks, by either animals, humans or vehicles. The site where the animal is found appears pristine. This holds true no matter what kind of terrain the carcass is found in, even under conditions of rain drenched mud or freshly fallen snow. To those familiar with such cases it appears that the bodies have been placed there from above.

Perhaps the most shocking attribute of animal mutilations is the absence of various organs. This observation of missing organs has been reported in all types of domestic animals including horses, cattle, sheep and goats.

Immediately evident are missing sensory organs located in the head. Usually one or both eyes and ears have been neatly removed and upon close inspection the animal’s tongue is found to have been removed from deep within the throat. Excisions of these organs appear to have been carried out with surgical precision. Also evident is what is commonly referred to as a “jaw swipe.” This term refers to stripping of all muscle and soft tissue on one or both sides of the animal’s jaw right down to the bone. This stripping usually occurs on the left side of the animals face but not always. It can occur on either side and on some occasions both sides of the jaw are cut away in this manner.