Block Island, an oasis off the coast of Rhode Island, is an off-season haunt for me, a place assuredly most haunted.
Click here to enlarge top photo.
The Surf Hotel, adjacent to the ferry slip, is fully restored to  the eighteenth century glory that it blossomed in, and the wood planks on the porch that face the ocean, often resound, late at night, with boot steps and footsteps of the unseen.
On the North side of the island, the more sparsely populated side, on a far tip of the island, still wild and undeveloped, a woman is sometimes seen carrying a clock and mumbling to herself; visitors suspect that she is, perhaps, a disturbed local, but island residents well know that she is, instead, a full bodied apparition, a regularly seen ghost. 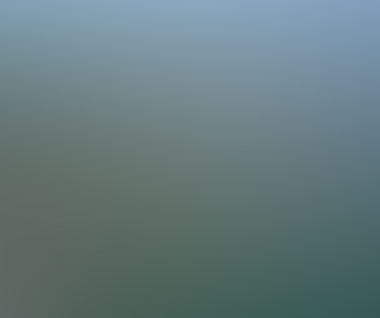 Aerial viiew of Block Island.
When tourists have spied her walking, she has appeared distraught and  much distracted, and when hesitantly greeted  with a friendly ,”Good morning!”, she and they quite all alone, on a ribbon of that deserted stretch of road, at the far end of the island, she has only then looked up, made eye contact and before their eyes, to their astonishment, she has suddenly vanished. These tourists bring this tale, with trepidation, later, to the waiters and waitresses who serve them, that same night,  on the island, only to learn that they have had a common ghostly experience to islanders who sojourn on Block Island.
She is, no doubt, a vestigial remnant of a time, long since passed.
But some Block Island ghost stories are still in the making.
(from a communique from a fellow writer friend):
“I was fishing off Misquamicut Beach in Rhode Island in 1995. I was in a boat, and we watched a big cloud of smoke appear off Block Island in the distance.”
What had happened, we found out later, was that an airplane had crashed into a restaurant. It appeared  that a young child, a wife, her husband, a doctor, and his mother had all perished en route, in a small aircraft, just before attempting a landing, at Westerly Airport on Block Island. The small plane had hit a restaurant taking an additional islander’s life, missing entirely the sole small airstrip, which lay 500 feet parallel to a line of three coastal restaurants.”
These spirits, as well, are now also permanent residents, who walk alone.
There is local talk of other, more sinister ghosts, often seen on the island, especially those spirits restless and active at the Old Town Inn, a hotel location geographically central to the island.
I would often prefer to stay at the Old Town Inn, inspired to write, by the stories of its often seen ghosts.
History indeed confirms that a State Senator who lived there in the early 1800’s, faced charges that he murdered his ailing mother for his inheritance, by throwing her down the long narrow stairway, to the basement, a stairway still in evidence.
I surmise, that by all accounts, he was acquitted, as he soon afterwards represented Block Island in the State Legislature, having avoided further prosecution.
But the staircase and basement area quite judge fate and history, differently.
The owner confided that he had seen the bare bulb in the basement often spin of its own accord; it kept him and mainland workmen far away from that basement locale, long neglecting much needed repairs.
Most local workmen were too leery an ilk to spend any real, required time down there, to do some essential repairs, as they too, had eerily witnessed that bulb’s spontaneous wild gyrations and wanted nothing whatsoever to do with that ghost.
When restorations had initially begun, it had been noticed, by the new owners that all interior doors had been removed and stacked high; when these new owners had queried contractors about why precisely this had been done, a disturbing answer had been returned.
The many doors’ constant opening and closing, by themselves, had unnerved, distracted and unsettled the mainland workmen.
They had removed all of the doors, to ease their fears, erasing these house symptoms, but not at all, the disease, itself.
Guests had often asked the front desk’s manager about a ghostly woman, they had seen from their upstairs windows, one who walked silently in the deeper shadows of the garden at night, a ghost who wore a pink, long flowing gown and who carried a pink parasol.
She is still sometimes seen in the back garden, under a full moon, late at night, when suitable weather conditions permit.
I would stay there, on Block Island, despite its ghosts, and because of them, to find solitude to write, far from the more scenic views of the harbor,  farther from the raucous crowds of daily ferried-in tourists.
That central location on Block Island, allowed me to be more reclusive in my wanderings, far from people, which was my nature.
I wandered among persimmon trees and wild plum, across vacant meadows and fields amongst remnants of foundations where houses once stood.
On one such long walk, a deer who saw me, froze in a field, and then bolted from view.
And afterwards, during my return to the Inn, on that same cold, windy afternoon, I saw a cat quickly scurry under the foundation of the hotel, a cat as orange in color as the drifting October Maple leaves.
Only the feral cats, who  roam those fields, know Block Island’s ghosts well, permanent residents, surely lost, and not yet found.
Block Island’s cats, independent and grateful creatures, much like the island’s solitary ghosts, have astonished me in the oddest ways.
Whenever New York City snow drifts high enough to seal all the doors and windows of February, I conjure an image of frozen kittens cuddling, expiring in the Rhode Island snow.
That image still haunts me, though I’ve never seen it. 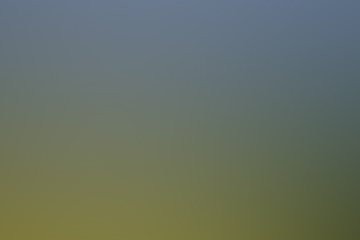 Block Island in the summer.
I was informed, when I inquired at the inn, about that cat, that she was feral, and would have to over- winter, alone on the island, and that she belonged to no one, and had recently had a litter, somewhere hidden, under the cellar.
The staff, who took pity on her and who fed her, would soon leave by early November.
The hotel would not re-open until mid April; in deep winter snows, with a new litter of kittens, she would be on her own.
I was moved to go into town, to buy some canned cat food, and these I presented to the kitchen staff who cared for her.
I was told that I could feed her myself, as she was just outside the kitchen, awaiting a handout.
I opened two cans and spoke to her, while I watched her, as she fed.
I wondered aloud to the kitchen staff, what fate might bring to those new-born kittens, when Block Island’s blinding winter snows lay heavily against the outside of those soon to be abandoned kitchen doors, all the long winter.
Later, at ten o’clock in the evening, I heard a knock on my door that stopped my writing and upon opening the door, I found the chef outside, smiling warmly.
He asked me, if I could follow him, down to the kitchen.
She had, he said, ‘been grateful to me, and had brought me a ‘thank you’ gift’, in eloquent cat artistry.
A large, dead marsh rat lay by the back kitchen door, fully displayed, on the welcome mat.
Puffed up and very proud, she paraded back and forth over it, purring and repeatedly making eye contact with me.
She had caught it and then had brought it to me,  as a thanks, but also as a token, for my angst for her and her fragile brood..
It had assuaged some portion of my anxieties, about her and her broods’ survival, in facing an icy, cruel winter, with no food, all alone on the island, with only ghosts, as company..
I recall that cat’s unflawed nature, uncomplaining and noble; her show of gratitude and courageous resiliency underlined her fearlessness.
With the many ghosts who roamed Block Island, she would also wander alone, amidst the coming ice storms.
Alone, and with new hungry kittens to feed, she would face a winter of killing blizzards.