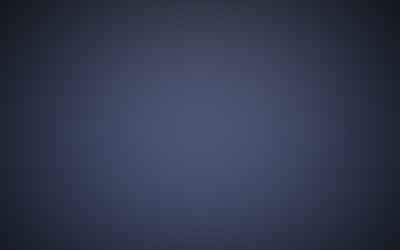 I did not have an active FaceBook page until a few months ago. I thought I would get involved to see if FaceBook would help me organize and communicate with the paranormal community in a way I had not yet looked into.

At first it was going well. I was finding new friends daily. I took my time and tried to keep my friends list as a list of paranormal minded people who were interested in the subjects I am involved with. I thought it would be fantastic to have a ready-made list of those I could find interesting new things to write about or people to interview on the radio show I co-host with Randy Maugans called Off Planet Radio.

In a few weeks’ time I had a healthy list of FaceBook friends and find my list growing daily. I tried hard to look at each profile as I truly wanted this to be a place to collect and align those who were somehow involved in the world of the unknown. I befriended UFO investigators, ghost hunters as well as those interested in Bigfoot and psychics along with every other subject considered paranormal or unknown. I have blog owners, web site owners, authors and radio hosts as well as every other form of interested paranormal person I came upon in the world of FaceBook.

I can honestly say it was a wonderful way to collect the names and faces of the paranormal community with very little effort. For that I am happy with my involvement with FaceBook.

Like many things in life along with the good comes a bit of the bad. FaceBook is not exempt from this fact of life.

The first thing that occurred that I feel needs to be recognized is that FaceBook is a lawless place where bad people can easily do bad things to innocent people. Before long I found I had a stalker who had opened another FaceBook page using my name, my images and my personal information. This person went about the business of sending out friend requests to the friends I have on my actual page. I knew this was trouble and knew that anyone who would give that much effort, time and work in developing this fake page was either up to no good or just plain crazy. I contacted every person he took from my friends list that he had stolen for this fake page and contacted them so they would know it was an imposter and someone to consider dangerous. I and asked them to consider removing their names from the fake page as it was not me who contacted them. I also told them he could be after their information and going after their friends list and it would be wise for them to remove their names from the fake page and block this crazy person.

Most of those I contacted immediately did unfriend and block this fake page. I look at this invasion of Identify  as a major problem for FaceBook users as there is little one can do when this type of thing happens to you. Of course I reported this fake page using my name as did about 30 other people however FaceBook has not done one thing about it or one thing to stop it. I will continue to tell each new person it contact they are a fraud but that is all I can do. It is just childish and sad that anyone would spend time doing this. I cannot imagine being so important to anyone’s life that they would go to all that work on my account.

I shrug my shoulders and carry on in my own life shaking my head at the craziness that this type of social media brings out in people. The strangest of strange thing is that many people have not removed their names from this devious fake page leaving their information open for whatever use this weirdo wants their names for in the first place. I have even sent out second notices to those who still sit there on this imposter’s page and wonder why these people leave themselves sitting there connected to this type of thing.

The FaceBook paranormal community is a great resource for those who want to connect with like-minded people to share their ideas and adventures and encounters. I admit I wish it was used more for that and less for other things however I admit I have posted a photo or two of my dog on my timeline too!

Recently I became aware of another danger that I feel is being used on the paranormal crowd more than it is in other places in FaceBook land. It is a list of fake friend requests that have been sent to me by what is obviously fake pages with some form of paranormal image throw on it to try to get me to add these false friend requests to my list of friends. They are all the similar, no posts or very few, few friends and no personal information at all listed. I have no idea why this is being done. I did some research on the inter net and found that this has been an ongoing problem and interestingly enough heavily done in the paranormal community.

I know that over the years a fierce and nasty competition has been developing in the paranormal community that is sad, useless and forcing backward steps in the search for answers and truth. I also know that the powers that be are manipulating this community in an effort to keep it distracted, silent and at odds which equals detached and broken. It seems to me that many of these efforts are working as we allow it and seem to feed in to it. I think many of the difficulties that I have found on FaceBook may have to do with all of the points I have just mentioned.

I know FaceBook could do a better job of protecting the people who use their service and clearly see they have little or no interest in doing so. I also recognize that FaceBook is a free service to those who use it and complaining under those circumstances is fruitless as we could simply stop using it if it upsets us. I think it is a useable source that needs to be handled with great care and understanding. FaceBook is a great tool and FaceBook can be a dangerous place as well. Protect your private information and think about what you post and share.

When looking for or accepting friends go and look at the person or groups page before doing so. I wanted to have a tight paranormal connection with the paranormal community and made sure I looked at each page before adding them to my friend’s list. I did not want lots of children or teens as I do not think they are the audience for some of the things I write about or post and wanted my connections to be as adult and paranormal minded as possible. Trust me I have looked at thousands of pages over the past 5 months and can say I am glad that I did. Like most places in this crazy inter net world FaceBook is a lawless wild land where anything goes and you are at the mercy of the people and the wisdom of your survival skills.

I am publishing this as I do think that a certain large arrow has been cast towards those in the paranormal community and hope that we the people of that community decide this time to not be further manipulated to fight among our own or be jealous of each other but band together against these activities by standing up to and against the fake page makers and false friend requests that seem to be aimed directly at us.

I also want to add that I had three incidents of people messaging me from fake pages sending me links to either a site or a photo which were virus infections stopped by my security. I do not know if this was aimed at me as a part of the paranormal world or not. I just want you to be aware of these things and cautious if sent things by those you do not fully know.

I will continue to use FaceBook and enjoy the close connection to the paranormal community I am developing by way of my page. I enjoy the posts and news that comes across the timelines and hope we all continue to grow and more importantly stand strong and tall against the down side by dealing swiftly and quickly with the dark side of it all.

Be careful out there or in this case in here in FaceBook land. The devil seems to be hiding everywhere now a days!