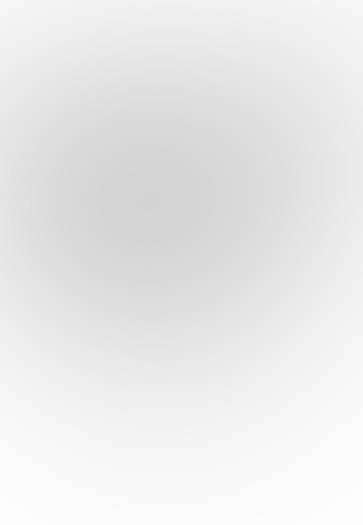 Historians and various academics deal with the logical and mundane level of existence. This is fine, yet it is also a highly restricted worldview and not one that ever really enjoys the prospect of dissent.

The boffins dig out the past with their shovels, place it under the microscope and give us their professional, commonsensical theories on what is what and what came from where. We trust them unconditionally, because that is what we are indoctrinated to do. They have achieved great scientific accolades for the study they have committed their minds to as well. This commitment is a very sensitive obsession however and once ‘challenged’ it may result in bitter resentment, hostility and contempt from the restricted scientific minds that promote it.

When it comes to human evolution we seem to have two main tables of belief. Firstly there is the (scientific) fan club of evolution, Hello Mr Darwin. And then there is the (religious) creationist lobby that would have as all believe we originated from the naked frolicking of two irresponsible lovers in a pretty garden. Elements of precision may be found in both camps of thought but not, I may add, the entire truth.

Ancient myth is largely a handed down set of analogies for human experience concerning traumatic, chronological and geological events.  However, it is also a shamanistic way of transmitting intimate understanding of the awesome changing cycles of nature. Ancient Pagan myth was initially wholesome and educational. Of course all genuine, earth-orientated witches and Pagans have understood this inner truth since time immemorial. Nonetheless, it was radically turned into something that it never was once the twisted minds of one-god, religious fundamentalists got their fixated paws on it. Even so, within some of these myths is yet another more clandestine line of wisdom. This inner teaching indicates that mankind was seeded upon this planet by intergalactic beings of far superior intellect than we can ever imagine.

What we are speaking about here are our distant, extraterrestrial parents.

Mankind has wasted centuries on the frequently bogus concept of salvation, via seeking special permission from God’s middlemen (the clergy) and scientific ‘experts’ who have traditionally waved an imperial wrist of disapproval into the face of any troublesome dissenter!

The great yearning for additional understanding of what lies ‘beyond’ the stars is an incredibly tangible thing to many of us. Even the most hardened sceptic finds a new desire for greater cosmic awareness following that first private UFO sighting, or alien encounter. I know this to be true due to the many levels of correspondences I have received from others seeking answers. To some this impromptu encounter is of genuine religious significant and amounts to a life-changing, spiritual occurrence. Such experiences go far beyond the logical/scientific approach and can at times be greeted with ridicule and even hostility in general, orthodox-related society. What science, religion and the mundane world cannot comprehend is frequently belittled and ultimately destroyed.

Cries of ‘Heretic’ are never far behind the words of the freethinker who dares to express an open viewpoint!

The deep spirituality that many share in relation to Mystical Ufology is as valid a religious concept as any other ethos that has gone before. The sincerity of people who have experienced the light of extraterrestrial awareness is extremely tangible and clear. These people do not need the blessing of any self-righteous church hierarchy or haughty scientific lobby to hold the beliefs close to their heart. They do not require permission to hold what many others consider to be ‘strange’ world views. They also do not project any frantic need to evangelise others towards what they believe. Moreover, this spiritual link may well be the specific vehicle that our alien parents ingeniously employ to convey their critical messages to the world. Our cosmic cousins seem well-prepared for all eventualities and continue to liaise with chosen humans of advanced perceptiveness on psychic levels. Mark my words well; there is a very thin line between God, fate, the gods, destiny and our extraterrestrial parents at times.

When the need arises, our searching spirit stretches out to the deepest corners of infinity and the call is heard. The ways that it may be ‘answered’ is however not always at first understood, yet make no mistake – the answer will arrive nevertheless.

The old ones look upon us as badly behaved school children when we unwisely start wars, kill each other, rape the environment and abuse other species. They know our failings only too well and must surely chortle at the doom and gloom alarmists, like Professor Stephen Hawkins, when theories regarding allegedly hostile alien-oriented extinction are expounded. If they had any solid intentions of taking us out of the equation then they would have done so centuries ago, with very little effort on their part.

They also laugh at the mind-screwed, fundamentalist theology of latter-day demonologists who contend that all extraterrestrial intervention must be satanically-orientated. What an insult these sanctimonious wild-eyed, cranks really are to our splendid cosmic cousins with such warped man-made, religious convictions.  In fact the truth is in the opposite here with the real demons being the overtly vocal, bible-pushers who seek to misled humanity with their man-made doctrinal fantasies. Sadly they are recurrently very sincere in what they expound, yet highly bewildered nevertheless.

THEY ARE ALREADY HERE!

It seems highly probable that our alien relations (or other extraterrestrial species) have at times throughout history interbred with humans.

Many people, and some that are highly distinguished, are already under the impression that aliens are ‘already’ amongst us.

The UK press reported in February 2010 that Lord Martin Rees, the Astronomer Royal of the UK, stated that aliens could be amongst us and we may not be able to distinguish them. Rees, who is also the President of the Royal Society, said: “The problem is that we’re looking for something very much like us, assuming that they at least have something like the same mathematics and technology.”

He added: “I suspect there could be life and intelligence out there in forms that we can’t conceive. Just as a chimpanzee can’t understand quantum theory, it could be there are aspects of reality which are beyond the capacity of our brains.”

Lord Rees was speaking shortly after hosting the first conference on the possibility of alien life in the Royal Society’s 350-year-history.

Such planned alien physical presence within our world may be part of an intergalactic surveillance mission that is ongoing and quite different to the customary extraterrestrial-related, psychic messaging that I mentioned above. We do also need to be aware that not all psychic messaging is alien-based and may indeed by either from astral dross or discarnate bodies with earthy origins alone.

Then again we have Lloyd Pye’s Starchild Project concerning a 900 year old skull found in Mexico in the 1930s, which holds a portion of DNA that is allegedly alien in origin.

Lloyd, like numerous other freethinkers, has stood firm in the face of insult and resistance from the usual swell of faceless critics and internet cowards.

Our intergalactic forbears, like all good parents, check up on us from time to time to see how we are evolving. They also like to warn us about variously significant things such as seismic activity. This they frequently do via means such as increased UFO activity before earth tremors, etc. I have written much on this issue both in my book UFO: THE SEARCH FOR TRUTH and on specialist sites like UFO Digest.

When they deem the time to be right they ‘will’ make their presence fully know to the doubting hoards of planet earth. Until this time we may celebrate their celestial glory, via the signs and wonders that are there to see for those blessed with open eyes, hearts and minds.

We are not alone – and never have been! 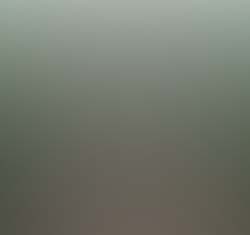 Founder of NORTH WEST UFO RESEARCH and Author of:

“This book is no dry analysis of a quaint mystery. It’s a muscular thesis that isn’t afraid to take on the difficult issues and ask the questions that more traditional UFO researchers have avoided. Buckle up, readers, and get ready for one hell of a ride.” World renowned Ufologist, Nick Pope)

NB. US readers can buy ‘THE NEW PAGAN HANDBOOK’ direct from Lear Books or from Amazon UK, which ships to the US