NASA, Asteroids, Moon and Planet X
– U.S. Must Be Ready to Meet Asteroid Threat, White House Science Adviser Says –  National emergency plans for natural disasters can also work in the unlikely scenario of an asteroid strike on the U.S., according to a letter to Congress by the White House’s top science adviser, SPACE.com has learned.
The 10-page letter by John Holdren, director of the White House Office of Science and Technology Policy, adds that the U.S. has a responsibility to the world as the country most capable of detecting space rocks that threaten Earth. The Oct. 15 letter obtained by SPACE.com is addressed to the leaders of the House Committee on Science and Technology. Full story:
http://wwww.space.com/news/white-house-plans-asteroid-impact-101021.html
– ‘Near-miss’ for us all? Giant asteroid is set to pass within 28,000 miles of Earth… Cdn and American astronauts want world to start getting ready for asteroids… Our terrifyingly crowded solar system: New video reveals just how many asteroids are out there…

Another Flash on Jupiter!… 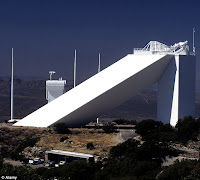 –  NASA: Sun’s Nemesis Pelted Earth with Comets, Study Suggests…Astrobiology Magazine (is a NASA-sponsored online popular science magazine) – Getting WISE About Nemesis – Summary: Is our Sun part of a binary star system? An unseen companion star, nicknamed “Nemesis,” may be sending comets towards Earth. If Nemesis exists, NASA’s new WISE telescope should be able to spot it:

The missions found evidence that the lunar soil within shadowy craters is rich in useful materials, and the moon is chemically active and has a water cycle. Scientists also confirmed the water was in the form of mostly pure ice crystals in some places. The results are featured in six papers published in the Oct. 22 issue of Science. Full story:
http://www.nasa.gov/home/hqnews/2010/oct/HQ_10-271_LCROSS_LRO.html

–  ‘Doomsday Ark’ to be Housed on the Moon -A Remote Access Toolkit to Rebuild the Human Race… Moon Has a Hundred Times More Water Than Thought… VIDEO: Strange building found on Google Moon… Mini Magnetic Shield Found on the Moon… Tunnels on moon can habitate humans…NASA: The Multiplying Mystery of Moonwater…STRANGE ANOMALY DISCOVERED ON MOON IN NASA PHOTO… A million library books to be sent down the mines… ‘Doomsday’ Seed Vault Stores 500,000 Crops:
http://cristiannegureanu.blogspot.com/2010/07/doomsday-ark-to-be-housed-on-moon.html