– An Earth-size planet has been spotted orbiting a nearby star at a distance that would makes it not too hot and not too cold — comfortable enough for life to exist, researchers announced today (Sept. 29).
If confirmed, the exoplanet, named Gliese 581g, would be the first Earth-like world found residing in a star’s habitable zone — a region where a planet’s temperature could sustain liquid water on its surface. Full story:
http://www.foxnews.com/scitech/2010/09/29/odds-life-newfound-earth-size-planet-percent-astronomer-say/
– Planet X/Eris/Nibiru is one of many Planets that orbit a dark star or (Brown Dwarf). This Dark Star (Gliese 581) has five minor planets, the sixth an Earth-sized Homeworld, and the seventh the planet or object we call Nibiru… it is the physical link or “ferry” between our solar system and the Dark Star (Gliese 581) system. Full story:
https://www.ufodigest.com/news/0707/eris-nibiru.html

– There is a high probability that a real, still unknown planet located at the border of our solar system we are now looking in places that we have not looked before, and I think we will be able to see the planet within the next five or ten years, researchers said. Full story:

– Modern Science and the Ancient Writings on the Genesis of the Solar System:
http://cristiannegureanu.blogspot.com/2008/10/modern-science-and-ancient-writings-on.html 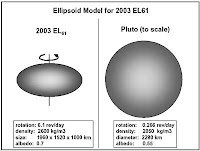 EARTH’S PULSE FELT AT HOT SPOTS… Enigmatic volcanic hot spots around the world might be pulsating together — like a great planetary heartbeat — at the rates of five and 10 million years, say researchers from Norway, Hawaii and Australia… National Geographic (November 19, 2008): “High-energy electrons captured over Antarctica could reveal the presence of a nearby butMYSTERIOUS ASTROPHYSICAL OBJECTthat’s bombarding Earth with cosmic rays, researchers say”: 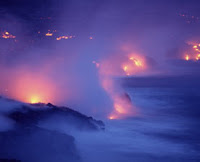