–  Global warming could be a thing of the past, thanks to the Barack Obama administration.
No, the White House has not single-handedly managed to stop the apparent rising temperature – but it does think the terminology oversimplifies the problem.
According to U.S. science adviser John Holdren, the public should start using the phrase ‘global climate disruption’ because it makes the situation sound more dangerous.
http://www.dailymail.co.uk/news/worldnews/article-1312874/White-House-changes-global-warming-global-climate-disruption.html?ito=feeds-newsxml
– Life on this Earth Just Changed: The North Atlantic Current is Gone:
http://www.infiniteunknown.net/2010/09/14/life-on-this-earth-just-changed-the-north-atlantic-current-is-gone/#more-24753 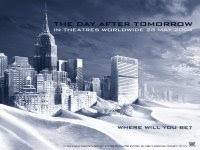 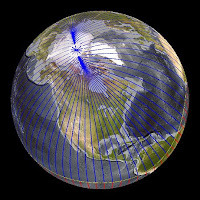 – The Warming Process on Earth and on the Other Planets in Our Solar System:
– The Neptune’s moon, Triton is warming (BBC Science & Technology News, July 25, 1999).
– Pluto experiences an extraordinary heating (Massachusetts Institute of Technology News, October 9, 2002).
– Volcanic eruption on Jupiter’s satellite Io (Icarus Astronomy , November 2002).
– The warming of Mars (ABC News, December 7, 2002).
– The warming of Saturn (January 28, 2007,http://www.interstars.net/): scientist of the UCLA (University of California, Los Angeles) – physics and astronomy department and those at the University of Boston have noticed that the temperature of the superior atmosphere of Saturn is higher that estimated. Thus, professor Allan Aylward at UCLA considers necessary the reexamination of the main hypotheses regarding the planetary atmosphere and establishing the cause of the respective heating. He also noticed a similar process on Mars, concluding: “Studying the aspects within other planetary atmospheres will help us to find out clues of the Terra’s future“….
http://cristiannegureanu.blogspot.com/2009/06/nasas-latest-discovery-sun-heats-earth.html