UFO sightings: World War III linked to November 2010
There have been diverse predictions suggesting that humanity is headed for a triggered event in the Middle East which results in the commencement of World War III in early November 2010.  Hopefully these predictions do not take place.  But, should humanity just ignore such warnings without critical consideration?   Has the “War on Terrorism”  been scripted toward such an agenda?
Is an increase in UFO activity possibly linked to any alien foreknowledge of World War III as some UFO researchers have suggested?  Dr. Micheal Salla has has futhermore linked Manipulative Extraterrestrials to Earth’s military-industrial complexes. Full story:
http://lecanadian.com/2010/10/08/ufo-sightings-world-war-iii-linked-to-november-2010/

– Prophecy Warns 2010 Start Of Fatima Chastisement… A visionary from the Philippines, Duke Puntalangit, warns that the Fatima chastisements will begin this year 2010… THIRD PROPHECY OF FATIMA REVEALED IN BIBLE CODE… The Nostradamus Code: World War III… Vanga predicted break out of Third World War in 2010… The Bible and the Third World War – the 1000 Year Kingdom:
http://cristiannegureanu.blogspot.com/2010/04/prophecy-warns-2010-start-of-fatima.html 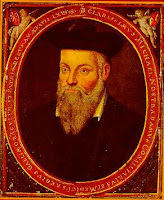