UFODigest.com » Paranormal » Time Travel » New Book Claims To Be From The Future! 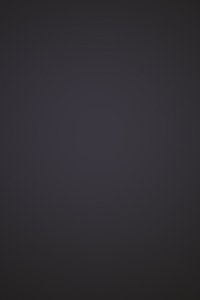 San Francisco, CA –– A new book by two best-selling authors, Marie D. Jones and Larry Flaxman, This Book is from the Future: A Journey Through Portals, Relativity, Worm Holes, and Other Adventures in Time Travel reveals a thrilling world of time travel that most people can only imagine.

Presenting substantial new research and evidence about past, present, and future time travel, This Book Is From the Future looks at the bizarre, the real science and the fascinating possibilities of an entirely new perspective on time. Highlights include:

• Time travel theories and machines of the past, present, and future
• Why wormholes, parallel universes, and extra dimensions allow for time travel
• The paranormal aspects of time: are we already “mentally” time traveling?
• Mysterious time shifts, slips, and warps reported from around the world
• Are we experiencing coexisting timelines?
• Are we walking among real time travelers?
• Has a real time machine already been created in a top-secret government facility?

If you would like to purchase this book through Amazon.Com, simply click on the book’s title: This Book is From the Future: A Journey Through Portals, Relativity, Worm Holes, and Other Adventures in Time Travel

With an extensive background in metaphysics and the paranormal, Marie T. Jones has written many books, and hundreds of articles, reviews, and essays. She appears on “Coast to Coast AM” and dozens more popular radio shows around the world.

Larry Flaxman is the founder and president of ARPAST, the Arkansas Paranormal and Anomalous Studies Team. He has been actively involved in paranormal research and investigation for more than a decade and has authored many articles.

Jones and Flaxman are also screenwriters and popular public speakers who have been interviewed on international TV and radio shows, including the Discovery Channel and the History Channel. The two are currently staff writers for Intrepid Magazine, and regular contributors to TAPS ParaMagazine, and New Dawn Magazine.

Marie D. Jones is the author of:

• 2013: The End of Days or A New Beginning?
• PSIence: How New Discoveries in Quantum Physics and New Science May Explain the Existence of Paranormal Phenomena
• Supervolcano: The Catastrophic Event That Changed the Course of Human History

Together, Jones and Flaxman are the best-selling co-authors of: