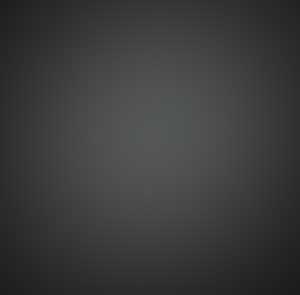 A reader sent me a link to this fascinating article written by Phillip Coppens on his www.philipcoppens.com website. There has been much controversy concerning crystal skulls so this discovery could go a long way in the research and meaning of the skulls. Dirk

The Mitchell-Hedges Crystal Skull is no longer unique! Out of Africa – by way of California – emerges another ancient skull, “Compassion”, with a detachable jaw. Already, this skull is re-carving the crystal skull landscape!

With the 2008 release of “Indiana Jones and the Kingdom of the Crystal Skull”, crystal skulls attained a far higher level of exposure than ever before. Before, crystal skulls had only become somewhat famous in the 1980s, particularly in New Age circles. Today, there are hundreds of crystal skulls, almost all of them of modern fabrication (most made in China) and used in various New Age-type seminars. Only a handful of skulls are suspected of having ancient origins, including the most famous of all crystal skulls: the Mitchell-Hedges crystal skull.

“Indiana Jones and the Kingdom of the Crystal Skull” makes scant references to the Mitchell-Hedges crystal skull. It stands out for it is by far the most complex, and the only skull with a detachable jaw, meaning that whomever made this, was a master artist in carving crystal – able to create a feat that modern carvers have been unable to accomplish. Gerald Leandro De Souza, a master skull carver from Brazil with 25 years of experience behind him, notes that “the process of cutting the jaw from a skull causes the jaw to break and is almost impossible for skull carvers to accomplish.”

Still, sceptics, principally led by Jane Walsh, an anthropologist at the Smithsonian National Museum of Natural History, try to argue that all these skulls are of modern fabrications. So far, none of the claims made by Walsh and co. have been substantiated, let alone supported by factual evidence. Specifically, Walsh tries to point the finger to Germany and the town of Idar-Oberstein, arguing most of these skulls were carved there by the resident artists. However, no records of skull carving have ever been found there; there are no records of any carver doing carving in the middle of the 19th century, when some of these skulls are said to have been made. In short, Walsh’s theories remain totally unsubstantiated – not very scientific!

On the other side of the debate are the likes of Nick Nocerino, one of the first crystal skull researchers, who travelled extensively throughout Central America, in search of them. He noted how on several occasions, Indian tribes offered skulls on sale to him, as with the money, the local shamans could buy precious Western medicine and like, to help their tribe at a time when the Mayan people were subjected to genocide. Nocerino always refused such offers, as he strongly believed the skulls were such an integral part of Mayan society, that these tribes needed their precious talisman. (Though he did everything to help the tribes in other ways.)

The Mitchell-Hedges crystal skull too comes with a Central American origin. The family itself stated that Anna Mitchell-Hedges found the skull in the ruins of Lubaantuun on her 17th birthday in 1924. It is a story Anna adhered to until her death, though it was subjected to intense criticism from the sceptics. Indeed, a more likely story about how her father found the skull is told in his novel, “The White Tiger”, published in 1931. In it, he relates a largely autobiographical account of an Englishman who is initiated by a Mayan tribe, to become the principal caretaker of a most important treasure. When the Mayan priest shows him the treasure, the Englishman is led down into a series of tunnels, before the treasure is unveiled to him: “Before him, piled in endless confusion, lay the treasure of the Aztecs. Gold chalices, bowls, jars and other vessels of every size and shape; immense plaques and strange ornaments all glittered dully. Of precious stones there were none, but many rare chalchihuitl (jadeite pendants) [sic]. Masks of obsidian and shells beautifully inlaid were all heaped together with heads carved from solid blocks of crystal. Legend had not exaggerated the treasure of the Aztecs. Almost boundless wealth lay at the disposal of the White Tiger.”

“Heads carved from solid blocks of crystals”: a reference to crystal skulls made by Frederick “Mike” Mitchell-Hedges in 1931, more than a decade before he – according to the likes of Walsh – acquired a skull at auction at Sotheby’s in London in 1943.