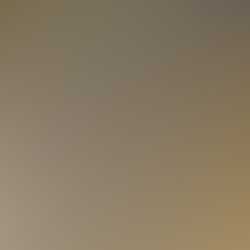 Researchers have gained a major insight into the evolution of cats by showing how they migrated to new continents and developed new species as sea levels rose and fell.

About nine million years ago – two million years after the cat family first appeared in Asia – these successful predators invaded North America by crossing the Beringian land bridge connecting Siberia and Alaska, a team of geneticists writes in the journal Science today.

Later, several American cat lineages returned to Asia. With each migration, evolutionary forces morphed the pantherlike patriarch of all cats into a rainbow of species, from ocelots and lynxes to leopards, lions and the lineage that led to the most successful cat of all, even though it has mostly forsaken its predatory heritage: the cat that has induced people to pay for its board and lodging in return for frugal displays of affection.

This new history of the family, known as Felidae, is based on DNA analyses of the 37 living species performed by Warren E. Johnson and Stephen J. O’Brien of the National Cancer Institute and colleagues elsewhere.

Before DNA, taxonomists had considerable difficulty in classifying the cat family. The fossil record was sparse and many of the skulls lacked distinctiveness. One scheme divided the family into Big Cats and Little Cats. Then, in 1997, Dr. Johnson and Dr. O’Brien said they thought most living cats fell into one of eight lineages, based on the genetic element known as mitochondrial DNA.

Having made further DNA analyses, the researchers have drawn a full family tree that assigns every cat species to one of the lineages. They have also integrated their tree, which is based solely on changes in DNA, with the fossil record. The fossils, which are securely dated, allow dates to be assigned to each fork in the genetic family tree.

Knowing when each species came into existence, the Johnson-O’Brien team has been able to reconstruct a series of at least 10 intercontinental migrations by which cats colonized the world. The cheetah, for instance, now found in Africa, belongs to a lineage that originated in North America and some three million years ago migrated back across the Bering land bridge to Asia and then Africa.

Dr. O’Brien said the cats were very successful predators, second only to humans, and quickly explored new territories as opportunity arose. Sea levels were low from 11 million to 6 million years ago, enabling the first modern cats, in paleontologists’ perspective (saber-tooth tigers are ancient cats), to spread from Asia west into Africa, creating the caracal lineage, and east into North America, generating the ocelot, lynx and puma lineages.

Sea levels then rose, confining each cat species to its own continent, but sank again some three million years ago, allowing a second round of cat migrations. It was at this time that the ancestors of the cheetah and the Eurasian lynxes colonized the Old World from the New.

Chris Wozencraft, an authority on the classification of carnivorous mammals, said the new cat family tree generally agreed with one that he had just published in Mammal Species of the World, a standard reference. Dr. Wozencraft, a taxonomist at Bethel College in Indiana, based his classification on fossil and zoological information, as well as on DNA data already published by Dr. O’Brien’s laboratory.