UFODigest.com » Aliens and UFOs » NOTHING LIKE US: EXAMINING REPORTS OF NIGHTMARE ENTITIES 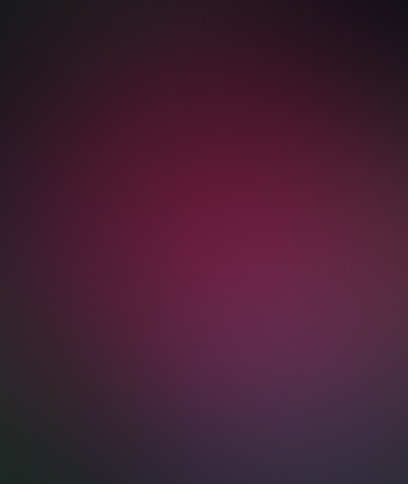 In a colossal science fantasy story by Herbert Wells, First Contact is made with an alien species. Our first sight of them is not a happy one: they look nothing like us!

A lock unscrews on the cylindrical projectile which has been shot from the planet Mars only to alight in Surrey, England. What clambers out has a sideways beak and is octopus like. The narrator’s reaction is one of horrified disgust – and this is before they have declared their hostile intent!

The War of the Worlds was first serialised in the last three years of the nineteenth century. Fast forward past another century and there are now those who say they have glimpsed real life creatures from beyond our earth.

Within the abduction/contactee end of the study of UFOs there are is a whole carnival of space aliens. The vast majority of these are not as Wells had feared. They are humanoid in design. At worse, they may have three fingered hands, but not tentacles.

Those who take a mythopoeic approach to this phenomenon can point out that all these beings partake of what the poet Philip Larkin once called `the common myth kitty`. That is to say, they are archetypes.

So we have Angels. These are the ones who look most like us, but are more beautiful. They have come to save us from ourselves. Then we have the Little Folk, who are like diminutive humans who act in mischievous or just incomprehensible ways. Then the Demons: these are also small, but they stick things into our private parts as demons have always done. There can even be found some mention of Man-beasts who double up as UFO occupants (see my piece `Solid Sasquatch and the Goblin universe` on this site).

As folklore adjusts to the times, we can now supplement the roll call with spacemen (in their close fitting `diving suits` with logos on, etc), robots and insectoid humans.

Much television science fantasy also trades in human-like space aliens. People need to be able to relate to the participants in any drama, even if they happen to be extraterrestrial; besides it is a whole lot easier to slap a bit of make up on an actor than it is to construct a convincing original looking alien.

For the scientific community, however, the question remains open. How disconcerting to us would the appearance of an alien be?

According to a popular thesis called Convergent Evolution, ecologies which are earth-like would be liable to bring forth creatures which have adapted to look more or less like us. Our stereoscopic sight, for example, gives us an evolutionary advantage, and would for them too. So our seas house both barracudas, which are fish, and dolphins which belong to the mammal family. They look alike, however. (See Professor Simon Conway Morris in the Telegraph online, Jan 25th 2010.)

This position does have some critics though. One of them is the Senior Astronomer of the SETI Institute, Seth Shostak. He reasons that any aliens that we meet would have to be way in advance of us in technological terms (otherwise, how would we ever get to know them?) Such a species would most likely have advanced beyond their own biology and become cyborgs or even overtaken by their own artificial intelligences. They would look nothing like us, then (see www.space.com/6978-aliens.html.)

Notwithstanding this, contemporary abduction and contact claims, popular science fantasy and many astrobiologists all concur that E.T would not upset the human eye too much.

What, then, are we to make of those rare cases of encounters with creatures which are quite unlike us?

Next to the enigma of Betty and Barney Hill, the most celebrated early abduction case must be the one that centres on Pascagoula city in Jackson County, Mississippi, U.S.A. Unlike the Hill case, which seemed to set the template for later alleged abductions, this case is almost unique. It features wholly non-humanlike beings.

The details of the case are well documented. What interests here is the nature of what took Charles Higson and his younger friend Calvin Parker in 1973. These `ufonauts` – if they were that –had legs with round feet – which they did not use, bullet shaped heads, carrot shaped protrusions on the sides of their heads where one might expect ears and – for the accounts changed – either a slit or a hole for the mouth. Their hands were akin to the claws of a lobster (see, for example, www.open-minds.tv.)

These kinds of exotic liaisons are not without precedent either.

A decade earlier in the wooded shipway district in Saltwood, Kent on the south east coast of Britain four boys – among them John Flexton (17) and Martin Hutchinson (18) ran to the police with an unbelievable tale.

That evening, on November16th 1963, they observed an ovoid object descend without sound into the woods. They insisted that what then came out of the woods was bat-like but with no head. About the size of a human, it had webbed feet. (Bowen, p-22.)

Again if we trawl back another eleven years to 1952 we discover that there arose a similar case in Flatwoods, in Braxton County, West Virginia USA.  After seeing a `meteorite` land in a nearby forest Kathleen May and four boys went to see what they could find. What came down through the forest to meet them was much bigger than any human. It had a spade shaped head which was bright red, and glowing green eyes. It appeared to be dressed in some sort of garment and had no legs. Later a woman and her mother said they had seen the same apparition, as did another couple found by the investigator John Keel  (Bord, p-99-101, also ufocasebook.com/flatwoods.html.)

There are some just as outlandish figures belonging to more recent abduction accounts. The `praying mantis` type aliens have now become common enough to have been welcomed into the alien zoo, in North America at least.

Preston Dennet relates the case of Paul Nelson who was a party to visitations from 1967 onwards. It might be significant that he had been exposed to UFO literature and that when he undertook regressive hypnosis his expectation was that the aliens would be the classic Greys. Instead, what he recalled were more in the nature of Praying Mantis types (Dennet, p-94-95.)

The forgoing exhibits all occurred in connection with the presence of anomalous ariel phenomena (although is notable that in two of the scenarios the entities were not seen getting out of the craft – if craft they were.) What about non-human entities which appear without the need for transport?

One delicious offering from the casebook comes from the improbable surrounds of Westminster in the West End of London. Here you can find an antique book shop on 50 Berkeley Square. This property has its own antique legend. Some call it the `Nameless thing`. The story is singular in that it incorporates the death of one of the witnesses!

They say that the second – or is it the fourth? –floor of this building is the haunt of something gruesome and not at all human.

One person who decided to investigate was sir Robert Warboys. In the 1840’s he spent the night there – and paid for it with his life!

Much later, in 1943, two sailors squatted in the property for a night. The Nameless thing attacked one of them too. There are few clear descriptions of what this `thing` looked like, except it was a slithering creature with Lovecraftian overtones.

Seeing the case as demonic in nature, the haunted house habitué Harry Price made his own scrutiny of the property. His report linked the `haunting` to historical events which had occurred there much earlier. This did nothing to account for the monstrous aspect of the spirit. (See, for example, www.americanmonsters.com.)