UFODigest.com » Science » Space » Disasters » Odd light and strange sounds made this storm frightening to those witnessing the strangeness 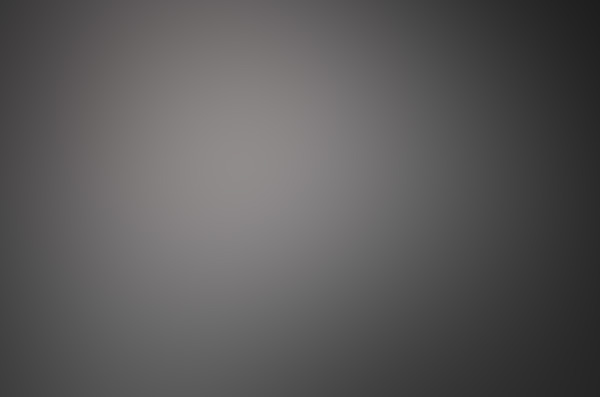 Living through the experience of Super Storm of the Century Sandy will stay with me forever. I have lived on Long Island in New York floating in the Atlantic Ocean for most of my life. I have been through many bad storms including Nor Easters, large snow storms and hurricanes. Being on an Island in any violent storm is a scary event; this storm however frightened me nearly to death. It was a strange storm unlike any other I have been in filled with odd events I cannot explain.

The first thing of course would be the size of the storm. It was enormous. The wind and flooding hit us long before the storm did. By the time the storm attacked us full on we were already in trouble from the amount of wind and ocean surge pushed towards us as the storm approached.

The storm was odd in its behavior.  It hit us in intervals or waves. Some refered to it as bands of rain or wind. The storm would hit and blast you for an interval of time with blowing rain and blasts of wind that would rip through an area leaving a path of devastation behind it. The blasts of wind would rip through an area destroying everything in its path leaving the surrounding area untouched. It was as if small cyclones would touch down devastating a path and disappear. It was very odd. It could completely destroy a group of trees or buildings yet five feet away things were left completely intact.    The problem was these strange wind actions were so numerous that whatever was caught in these ripping winds were torn apart and destroyed. My family owns a small cottage on the Long Island Sound that had trees launched through the front doors and windows like spears being thrown in a tribal war. Vertically they flew at immense speed right through the windows and doors leaving broken glass and wide holes with huge trees lying as they had been thrown by a giant at the house.

The strangest thing I witnessed along with my family took place while the storm was in full swing. We could not sleep or even rest during this storm. This was not a bunker down and sit it out type of an  event. This was a pay attention every second and be able to react quickly kind of storm.  My house would have burned to the ground if we were not watching carefully and paying attention to what was happening around us. One of those cyclone type wind gusts ripped the power lines in fact all services off of the side of my house as powerful  gust of wind  snapped  a group of large trees in pieces falling like bombs around our house. When the live electric wire hit the ground it started a fire. My family quickly put it out knowing we had no other choice. This storm was one you fought, not one you could sit out. Every moment it was active was one you hoped would not destroy your home.

During the storm strange lulls took place between the brutal wind and rain surges where things were silent and still. Similar to the eye of a hurricane but happening in timed intervals during the entire storm.  During these lulls everything went still and quiet when suddenly the entire sky would light up as if someone turned on a light switch in a dark room. It was not lightning as the entire sky would become a bright gray. This display of sudden light lasted a few seconds and on its own was extremely creepy. The strangest thing however had to be the sound that accompanied this odd display of light. As the light would go on and off lighting up the entire sky we heard a strange metal type sound- a sort of a moan underneath the light. I was terrified at this as I never heard anything like it before. As we sat silently listening to this odd event one of my family members said “It sounds like medieval trumpets announcing the king” We would have laughed however the situation was extreme and he was right and the entire encounter left us nervous and frankly stunned. This odd experience repeated about four times that day. Strange light followed by the sound of a monotone trumpet sounding low across the land. It was extremely creepy and unsettling.

Since the storm I have received two emails from other people in my area asking me about both the strange light and also the odd noise. I was relieved we were not the only ones to see or hear these odd occurrences I also realize that this storm was so furious and frightening most people did not have time to notice these strange events.

I could not get that trumpet sound out of my head and still hear it clearly when I think back to those moments terrified in the dark watching and hearing things I have never seen or heard before. I do not know why these things occurred with this storm.

I talked about this with the people around me who also watched the strange lit sky and heard the low muffled trumpet sound in an effort to figure out what it could have been. We discussed the fact that this was a new type of super storm that may now become a regular part of our weather system and these lights and sounds are Mother Nature’s doing. The light and sounds may be part of this new kind of weather system. In that case the next place a storm like this hits these things will be witnessed by many.

We also discussed the possibility that mother earth was somehow omitting this sound for some reason due to the enormous size of this storm and extreme conditions that came with it. We talked about the full moon and tides playing a part as well as many other scenarios. We also considered the fact that this storm had HAARP components or activity and the strange light and odd sound came from that interaction. We do not know why this was part of this storm, I guess I just wanted to let you know it was without question part of this one.

The experience of Super Storm Sandy left me terrified, traumatized and feeling as if I was thrown into an Era of a new way of things that frankly I want no part of. Obviously I had no choice but to live it and try to learn from the experience. I do have one thing I can do and that is to write about it in hopes you will be prepared when a super storm comes your way.

I wish there was somewhere to go with all the strange events happening to us in rapid succession lately. I want answers to the events that seem to be happening daily that just go bye us without notice or care. This storm was a devastating killer. We need to understand what is happening and need to stop being so sheep like and numb and start to become stronger in our nature demanding answers to so many strange and potentially dangerous events, sightings and mystery’s that surround us all.

A week after Super Storm Sandy my family and about 20 other people who were standing in our local Stop and Shop Grocery markets parking lot had an astonishing UFO sighting. I will write about that after Thanksgiving. For now I am going to be very Thankful for what my family and friends have and treasure what is important and try to remain wise enough to know the difference! My job this holiday is to bring one spiral sliced ham to sit with the Turkey and to bake two large pumpkin and three large cherry (my specialty) pies for  my families Thanksgiving event.

From my house to yours I wish you a very Happy Loved Filled Thanksgiving Holiday.