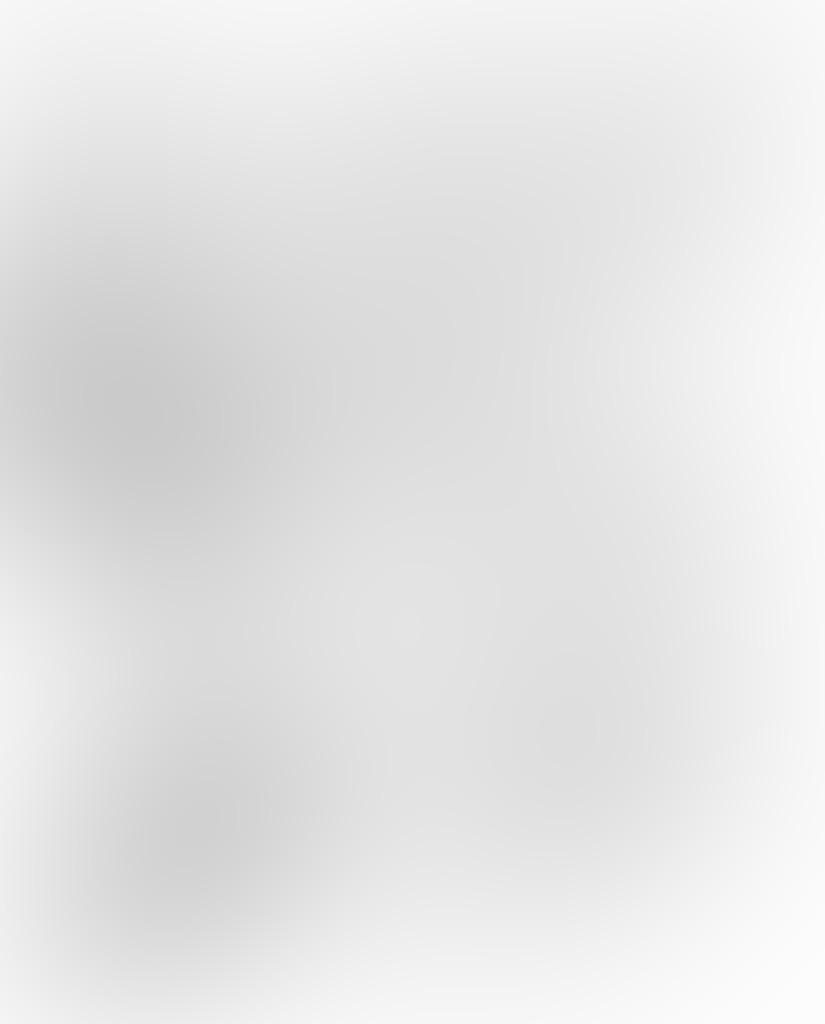 A Brief Synopsis of the Roswell UFO Crash & Causes

Below I present a brief synopsis of Hall’s account regarding the Roswell UFO Incident, the crash(es) and details of the causes and the recoveries.

I recently emailed Charles J. Hall and asked him if he had gotten any help with his analysis of Extraterrestrials, their biology, behavior and their histories (i.e. Greys and the Tall Whites).  Mr. Hall basically said, “No.” His account is, principally and essentially, a personal experience (as I had already inferred from our correspondence).

I think UFO Digest readers may find this interesting.  For the sake of brevity, I could not include many important details, all of which support Mr. Hall’s thesis.

However, I truly think he is on to something very important after coming to understand the familial relationships the species have with their young.

Bob, I’ll give you the forty-five.  As you know Hall spent time with three different species:  Tall Whites, Norwegians (24 teeth), and the Greys.

Two things to note:  Both Tall Whites and Greys use fiber optics within their double-hulled ships.  This allows for faster than light travel.

Problem: the ship’s fiber optics need to stay cool.  When they get hot they over-heat and have to be shutdown before a catastrophic meltdown.  Hall has seen this happen when the fiber optics got too hot, just short of disaster no less.

In fact, the ships when experiencing extreme trouble due to over-heating drop the burnt fiber-optics from the bottom compartments of their ships.  See Maury Island incident, which I know you are familiar with.   What is dropped is burnt fiber optics in the form of black slag.

Keep in mind the ships fiber optics do extremely well when on full power and in the very cool atmosphere of space or high altitudes.  Performance is high and safe when these conditions are present.  However, when ship is on the desert floor and lower than usual power is applied the fiber-optics heat up real fast and have to be monitored.

Keep also in mind that both the Greys and Tall Whites have excellent eyesight and hearing.  Hall has said on many occasions in his books that both species see as well as a cat and hear as well as a dog.   Hence, why the Greys turned  down the power on their ships.   One, this aided in hearing and seeing for those on the ground.  And two, those on the ground could engage in a high-pitched whistling. which would alert the Greys in the air.   Evidently humans cannot hear on this frequency according to Hall.

Let’s back track a bit-> On July 2, 1947, two (2) Grey ships headed out to what Hall calls their “playground” among many in the South West United States.

One playground was near Alamogordo, NM, near the mountain ranges, which are considered refuges by the Greys.   Here is what Hall thinks happened:

The two Grey ships were waiting for a third one to arrive.

It appears to Hall that the ships were all coming from underground bases in and around Bishop, CA.  The ships, <now get this!>, are manned by kids and teenagers, but they were Greys according to Hall!

The Grey kids do not need to wear the breathing apparatus that the adults have to eventually wear.  Hall has observed this.  In fact, the ship’s sizes are dependent on the age of the Greys, i.e., small ships for kids, middle sized ships for teenagers, bigger ships for the adults.  I guess Goldilocks would have a say in this too.  Get the picture?

Now the adults more often than not cannot accompany the Grey kids and teenagers due to the lack of oxygen and atmospheric pressure as they get older.  The kids are not affected by this, and the teenagers more so, until they get older which requires them to wear the oxygen apparatus.

Now the ships in 1947 were older models.  According to Hall the ellipsoidal craft are much safer than the disc type that crashed.  Again, older models for kids.

Moving on, two of the crafts were waiting for the third which was manned by the very young kids.  All three crafts enjoyed playing with the Mogul Balloons in what appears to be a cat and mouse game.  Kids will be kids.  In fact, the “kids” watching humans play chicken in their cars emulated this also with human craft.  The kids felt we got off on this too.  How many incidents have we read were ET craft buzzed ours.  Think about it.  Also, Hall pointed out that many Mogul balloons have crashed for reasons unknown.  Now we know why.

Again, moving on.  The two other UFOs waited for the third, which was heading east along the Utah River Valley system.   The kids flew low to the desert floor as not to be detected by American radar.

However, as you know the desert floor is hot and Hall believes the third on the way out experienced a GRADUAL fiber-optic meltdown which went undetected by the Grey kids until it was too late.

That craft then experienced problems, and going off course, had to crash land.

This was ONE of the craft found at Roswell.

The two other craft waiting were directed by their Grey base to conduct a search and rescue for the last departing and missing craft.  Unfortunately <for the Greys>, to do this, they both turned down their force fields making them susceptible to the 509th Wing’s radar beacons from Roswell Air Force Base.

It was at that point a P-80 (jet) was sent to intercept.  The kids turned the power down to stop the “hazing,” an ionized field surrounding it, which accompanies full power to the craft.  This was done so the rescue team could see and hear better.  Also, they both joined up, side by side, being no more than 10 FEET from each other so as to appear much bigger to those on the ground who were searching for them.

Keep in mind the P-80 Shooting Star was by then trailing the two craft.  If the power had been up on any one of the two search crafts the P-80’s pilot would have been unable to knock one of them out of the air.   I recommend that UFO Digest readers go to Wilbur Smith’s treatise on electromagnetic forces and study the section on EMG forces’ “area of loose binding.”

Moving on.  Keep in mind, also, that the Greys could monitor our communications and understand English

If the P-80 had gotten anywhere near a “powered up” UFO craft in all likelihood it would have experience a shutdown or crashed.

When the UFO ships are powered up, bullets will not be able to penetrate their force fields.  On that day, both UFO crafts were powered down.   This allowed the P-80 to get close.   If any of the craft were powered up and the P-80 got too close it would be the P-80 that would have lost.  So in essence, powered up ET craft are invulnerable.  Powered down, they are vulnerable.

On that day in 1947, both UFOs powered down because they saw no threat from the P-80 as explained below.

Take note that at no point during the P-80 pilot’s communications with ground control was there ever any mention of weapons or firing at the craft.   The Greys would obviously have reacted otherwise.

Moreover, the two Grey ships could observe that they did not see weapons on the P-80.  This was a fatal mistake.  The P-80 had its guns mounted inside the wings.

Now what happened next just makes my head spin. 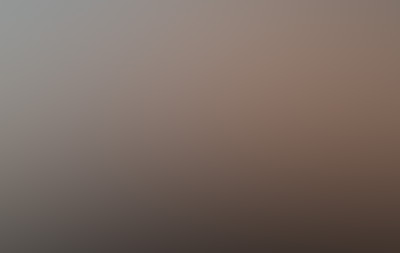 As the search and rescue was being conducted with the P-80 in close pursuit and not a threat to the Greys, the pilot finally asked the tower if he should fire on the craft.  The tower (Commander) ordered the pilot to engage in a firing run.

Well, all hell broke loose on the two ET ships.

They heard the US Air Force communications between pilot and Roswell Tower, and it was then the fatal mistake was made.

One of the Grey ships suddenly POWERED UP! And with the other ship only 10 feet away!

When this happened the ship that powered created an electric arc that up blew a hole into its sister’s ship, simultaneously causing shrapnel/fragments to hit the powered-up ship.   The ship that had the hole in the side made it into a thunderstorm but the UFO was fatally damaged.

That is the gist of “Millennial Hospitality” …

There are sundry more details, which really have to be read and pondered. “Millennial Hospitality” by Charles J. Hall (in 5 volumes) is all well worth the time and the reading.  Millennial Hospitality speaks volumes to the subject of government involvement with UFOs and reveals many details of the relationship of the US Government with The Greys and to “The Tall Whites.”

I recommend that all serious UFO researchers give Charles J. Hall’s “Millennial” series a good reading and get the latest Volume V, entitled  “The Greys.” 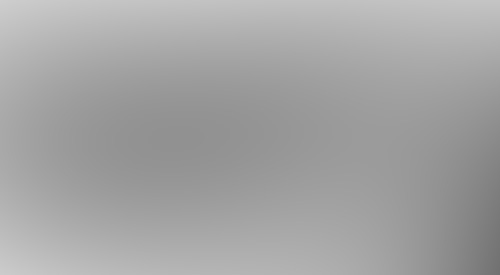 One of the criticisms with UFO/ET research is the all-too-often anthropocentric view that we ascribe, or more aptly, project onto aliens, perhaps mistakenly assigning to them attributes, which they as :”alien” do not really have.

We must always take into account that “A” for “Alien” means just that.  It is something out of this world.

“The  Alien” is something that does not “fit” in our earthly experience. The Alien does  nor “belong” amongst us here as we, humans, understand “belonging”.

The fact is that we really just don’t know how aliens think or feel, or if they do at all for it is not clear that it is possible for aliens “feel” altogether as we understand the meaning of “feelings”.

However, we now have before us one gentleman who gives us insight to those qualities that Aliens do have, separate and apart from humans, and that insight derived from “Millennial Hospitality” engender a far deeper understanding of the psychological and sociological ramifications of how “some” extraterrestrials conduct themselves within their social and family structures and how they (choose to) interface with the human species <if at all>.

But in the end, we humans must not assume anything about the Alien presence on Earth, and we must never forget that the Latin roots of the word “Extraterrestrial” do literally mean … “Out of this World.”

With Many Thanks to Marie 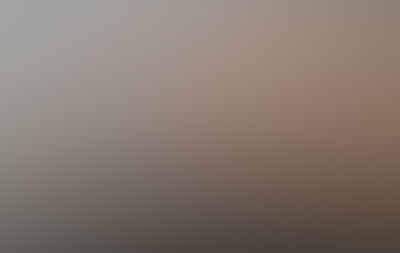 Or to request reservations, send email to:
[email protected]