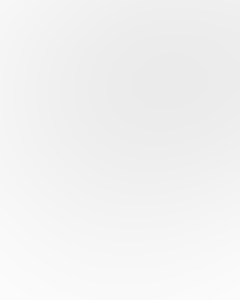 YAKIMA, Wash. — Not far from the Tule River in Central California is a rock shelter used by tribal villagers long before the Sierra foothills began filling up with white settlers and gold miners.

The shelter is known as Painted Rock by tourists and archeologists for its colorful array of centuries-old pictographs depicting the animal spectrum from the small (lizard, centipede, caterpillar and frog) and the high-flying (condor, eagle) to the bigger beasts (coyote, beaver, bear and man). And man, of course.

Almost all of the painted images are instantly recognizable as creatures that would have inhabited the Sierras 500 to 1,000 years ago, when the pictographs are believed to have been created.

Three of the animals, though, can only be described in today’s lexicon as an adult male, adult female and child Sasquatch.

The big male, according to Yokuts tribal lore, is Hairy Man, standing on two legs, its arms spread wide, with long hair and, writes Forest Service archeologist Kathy Moskowitz Strain, “large, haunting eyes.” Next to it, with the same hairy, two-legged aspect, are what appear to be the adult female, the “mother,” and her child.

None of the animals shown on Painted Rock are proportionally larger than one would expect; they’re all either life-sized or smaller, as if in the distance.

By the time the first white man saw the Painted Rock pictographs in the 1870s, earlier European settlers of the American west were already well aware of Native Americans’ historical belief in the animal the Central California tribes called Hairy Man.

Many Native Americans, from the Cree people in Manitoba to the Cowichans in British Columbia to the tribes of central and northern California, have through the centuries taken a wide berth to avoid encountering a race or tribe of large, two-legged hairy beasts.

The account of a Methodist missionary found that the Salteaux Indians of Lake Winnipeg “living in dread” of what the missionary himself described as “these imaginary monsters.”

Anthropologists’ response to this has been mixed. Some believe the animals were a creation of tribal folklore meant to keep children in line and convince them not to stray too far from the villages.

But early white traders, settlers and miners often talked about the fervent belief held by the locals in what the whites invariably referred to as “mythical” creatures — which were described much the way Sasquatch is now described.

A 1790 publication related a Hudson’s Bay Company trader’s story about the North Saskatchewan River Indians’ belief in a giant, two-legged beast called the wendingo or windingo. The Indians, noted the trapper, “frequently persuade themselves that they see his track in the moss or snow.”

Two decades later a fur trader named David Thompson found a large footprint, described in historical journals as having been 14 inches long and eight inches wide, near what is now Jasper, Alberta. The print is often referred to as the first Sasquatch footprint found by a white man, though Thompson himself was said to have believed it to be the track of a large grizzly bear.

British Columbia periodicals in the late 1800s and early 1900s carried short news items referencing “the wild man of Vancouver Island” being seen by prospectors and others. And the region’s Kwakiutl Indians related tales of the “Woods Giant” which was routinely described the same way — much larger and hairier than humans, walking on two legs, with deep-set eyes under a thick, protruding forehead.

Which, again, is the same description applied to many Sasquatch sightings today.

While modern-day curiosity about Sasquatch was stoked by the 1967 film taken by Yakima County residents Roger Patterson and Bob Gimlin, an even more dramatic incident near Mount St. Helens predated that one by nearly a half-century.

In her book, “Myths and Mysteries of Washington,” prolific Northwest historical author Lynn E. Bragg wrote about Cascade and coastal tribal tales of a “band of renegades who looked like giant apes and lived like wild animals in secluded caves high in the Cascade Mountains.”

Tribal belief in the giant beasts — referred to by different tribes and dialects as Seeahtic (or Selahtic), St’iyahama, Stiyaha, Kwi-kwihai and Skoocoom — were related by missionaries as early as 1840. But it wasn’t until July 1924 that the non-tribal world sat up and took notice.

One thought on “Pictographs, Tribal Tales Add to Lore of Sasquatch”