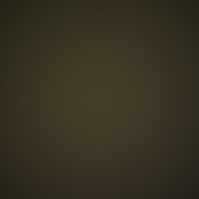 Thousands of pilgrims are pouring into the dense jungle of southern Nepal to worship a 15-year-old boy who has been hailed as a new Buddha.

Photographs of Ram Bomjon, available for five rupees (4p) from his makeshift shrine, have become ubiquitous across the region. “Far and wide, it’s the only topic of conversation,” said Upendra Lamichami, a local journalist.

He said no allegation had yet emerged of Ram breaking his fast or moving, even to relieve himself.

Santa Raj Subedi, the chief government official in Bara district, appealed to the capital, Kathmandu, for assistance in dealing with the influx of visitors, and for a team of scients to examine the case.

Local doctors failed to reach a final conclusion, although they were allowed no closer than five yards from the boy mystic, declaring that they could confirm no more than that he was alive.

The popularity of the phenomenon is partly because it resembles an episode in the life of the historical Buddha, who was born 160 miles away around 543 BC. The Buddha achieved enlightenment when he meditated beneath a sacred pipal tree for 49 days.

Ram Bomjon is also sitting beneath a pipal tree, in the same posture as the Buddha is depicted, but his vigil has already taken longer.

Ram’s mother, who is called Maya Devi, like the Buddha’s mother, admits to anxiety, particularly at meal times. But she tells herself: “God took him to the forest and I have faith that God will feed him.”

She said: “He’s definitely got thinner. Early in the morning he looks sunken, like there’s no blood in him, but as the sun rises he seems to get brighter and brighter.”

The fervour increased last week when a snake is said to have bitten Ram, and a curtain was drawn around him.

After five days it was opened and he spoke. “Tell the people not to call me a Buddha. I don’t have the Buddha’s energy. I am at the level of rinpoche [lesser divinity].

“A snake bit me but I do not need treatment. I need six years of deep meditation.”

Despite his protestations, “Buddha boy” is famous.

A thriving market has grown in the once pristine forest, supplying pilgrims with everything from chewing tobacco and bicycle repairs to incense and sacred amulets. The ground is covered in litter.

A fence was built around Ram’s tree to prevent pilgrims prodding him, then a second, and now a third is planned, as well as a bus park, leaving Ram at the centre of an ever growing circle of rubbish.

“These lamas [monks] are going to build mansions out of this. If I wasn’t a bit embarrassed I’d take a van down there and set up a stall.”