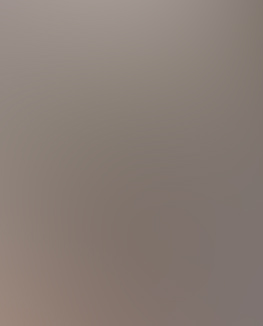 Our spiritual and emotional energy is considered ‘food’ to negative earthbound ghosts, demons and to reptilian aliens, all unseen predatory negative thought entities who can drain us, into disease and mental illness, when they climb aboard as joy riding psychic parasites.

These parasitic devilishly cunning entities are similar in that they feed from and are predators of the seat of consciousness, itself.

Is all mental illness caused by indwelling demonic entities or are demons attracted to those who are already mentally ill?

Both are relatively true.

It’s the same answer, to the question,”Which came first, the chicken or the egg?”

Imagine this indigestible truth, and then consider intrusion on a global level and you have the accurate stance of mankind.

People who are deeply troubled by the nightmares and other signs and symptoms of poltergeists, hauntings, alien abductions, well know the paranormal’s gangster fringe element of the spirit world, and do not, herein have to be convinced.

In panic, however they run to gurus, priests, exorcists, regressive memory hypnotists, Imans, rabbis, psychic healers, relying on others and not ever themselves.

These people have been variously afraid for most of their lives, of physical injuries happening to them but not ever, until now, of spiritual injuries.

One can learn to defend oneself rather than seek a hired gun.
.
The defense against this intrusion, is to accept that your spiritual nature which attracts and addicts negative thought entities, can also be used, to stop them.

After suspicions and realizations of the strong symptoms of intrusive hauntings or of abductions, should come resistances.

It’s an odd struggle, like one who,’hears voices’, one has lost trust of one’s own true thoughts or feelings,

Under telepathic attack by such beings, one oddly knows a psychic tightrope to walk; new ideations,
and feelings are suspect, possibly broadcast , rather than self originated .

Suddenly, under such an attack, one within a labyrinth of struggles, seeks one’s true self, distinct and separate from unseen but pervasive diabolical and brilliant psychic leeches and lampreys.

Ironically, it’s a knife that cuts both ways; these individuals have a rare and uncommon human chance, an opportunity, to truly find themselves.

Who ARE we, if demonic, ghostly or reptilian-grey alien puppet masters, can whisper within us and often control us, who can at will, ‘shut off’ or ‘turn up the volume’, on us,

In the same way that we ride horses, these beings ride us, usually proficiently, and have for the longest time.

Mankind is and has been especially susceptible, vunerable to such tampering; just peruse the local, national and international News.

To control us, they ‘speak’ to a part of our mind, that we are barely aware of, the subconscious.

One must then, ally oneself with that hidden part of one’s mind, and speaking aloud, verbally direct the removal or change of implanted ‘programs’:

Loudly announce, to one’s Unconscious Mind, openly, and tell it to slash and burn all broadcast images, end any Dark Force directives and implanted suggestions, especially those implanted during sleep state .

Who said,” that the best trick the Devil ever accomplished, was to convince mankind, that he didn’t exist”?

Whispered suggestions, masquerading as our own, from childhood to adulthood, does easily make any human being spouting,’free will’, a total and complete unknowing marionette.

Think of the multitudes under a direct Dark Force Entitys’ control, who stalwatly and abjectly deny that thoughts can come from outside of our cranium

Must we languish in those ‘hands’?

The way out, away from demonic or alien mind control and their crafty puppet strings is a total dissolution and restructuring of your perception of reality.

Relief arrives by being able to change one’s aura and vibrational radiance by sustaining a fully accepting realization that one is, in actuality, a spirit.

Newfound power, to thwart furthur abductions and the unseen influences of negative thought entities, from earthbound ghosts, to demons and reptilians, all of who are bedroom, nighttime, intruders, comes from one’s spiritual ‘authority’, thus ‘activated’.

‘Activated’ spiritual power protects best when one maintains a sustained realization of that self-same spiritual awareness.

One must now be more afraid of spiritual injury than physical injury, as one sees oneself as a spirit, rather than a DNA contrived animal form.

Within that full realization, that one is always and foremost a spirit, comes hidden, latent power sustained by the removal of all negativity and doubt.

Demons, reptilian aliens, small dark greys, and sinister earthbound spirits are totally reluctant to cease and desist, or to show any respect for us and keep their distances, when we can only ‘see’ ourselves as body-centered victims.

God helps those, who help themselves, has never been more clearly demonstrated.

May the light, love and power of God, surround you, always.
Abductions and their remnant elusive memories have opened all this for Paul, a confirmed atheist, until he saw aliens float him out of his body, in his bed, at night. Then, he knew that they were interested in an essence he never suspected that he had; a soul. Our spiritual powers that interest and addict interdimensionals are the very powers that can be used to thwart further attacks.