UFODigest.com » Aliens and UFOs » RAELIANS OF UFO FAME WISH TO REHABILITATE THE SWASTIKA! 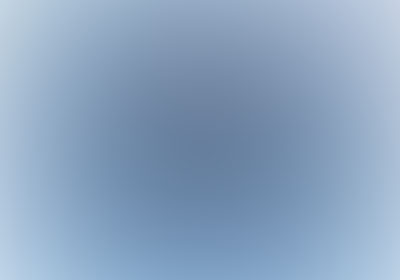 Publisher’s Note:  Being from Canada I am well aware of the Raelian movement. I I remember them as a fanatical space age cult-religion based in Quebec. Now by visiting their website I see that they have expanded worldwide. And now apparently they are trying to rehabilitate the “swastika”. We have added heard the addage, “All news is good news,” although in this case I am not so sure.
As the beachgoers of Long Island soaked up the sun last month, their attention was caught by a light aircraft flying above with a flag trailing behind it. On it was a huge swastika and the web address “proswastika.org”. People were outraged. Who was responsible for publicly flaunting this ugly symbol of hate? Neo-Nazis? Pranksters? Neither, apparently.
The Long Island swastika actually belonged to the Raelians – the world’s largest “UFO religion” – and the stunt was part of their pro-swastika campaign aimed at rehabilitating the symbol. Not because the Raelians are far-right extremists, they believe the Nazis’ hijacking of the ancient Sanskrit peace symbol has been allowed to stand for long enough.
Before Hitler adopted it as the Nazi logo in 1920, variations of the swastika had been used by civilisations in China, Africa and South Asia since the bronze age.
“As long as we associate the swastika with Hitler and the horrors of the Nazi regime, they own it,” argues Thomas Kaenzig, head of the pro-swastika movement. “We want to take it back. The swastika is an ancient symbol of good luck and harmony. It can be found all over the world.
Swastikas may have been depicted by ancient cultures since as far back as 2000 BC, but surely the pro-swastika movement recognises that what it represents today still offends millions of people? “”If somebody associates the swastika with something negative, then I feel offended,” says Kaenzig. “It’s part of our official symbol. What about our feelings? When we flew the flag on the East Coast it wasn’t to incite hatred, but to educate.”
Formed in 1974 by Claude Vorilhon – a racing-car journalist turned “messiah” – the Raelians claim to have 70,000 members worldwide. They believe that a race of aliens called the Elohim created earth, and that they chose Vorilhon as a prophet to spread their message of peace and free love.
Often considered a cult, they are also interested in scientific immortality. This, they say, is why their logo is a swastika inside the Star of David – the swastika represents “infinity in time”, the Star of David “infinity in space”, apparently.
Well-intentioned or not, the pro-swastika campaign has succeeded as a publicity stunt. A few days prior to the Long Island stunt, an advert for the movement played on a big screen in Times Square, New York, in which people formed a swastika in a swimming pool. Kaenzig says the message received a mostly positive response. Apart from the Jewish teacher who called up screaming, that is.
Source: http://www.theguardian.com/world/shortcuts/2013/aug/11/ufo-religion-raelians-reclaim-swastika
Photo credit: http://www.raelpress.org/news.php?item.331.1