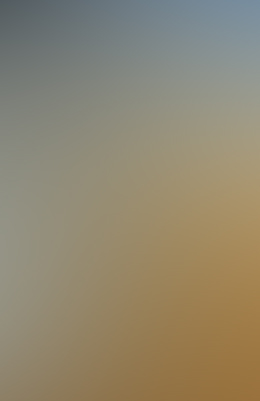 Yes, there were UFO sightings by cowboys, ranchers, and others in the “Old West.” Perhaps not as dramatic as Hollywood’s version, these true-life UFO cases of the 1800s are nonetheless every bit as interesting, according to a newly-released book.

Imagine John Wayne riding his trusty steed over a rocky ridge and finding , littered across the desert in front of him, a crashed extraterrestrial spacecraft and the bodies of its non-human occupants. This scenario of the Wild West meeting the far future may not be as far-fetched as some people think, according to Noe Torres and John LeMay, authors of the newly-released The Real Cowboys & Aliens: UFO Encounters of the Old West, 2nd Edition. The book features over 30 illustrations by award-winning artists Neil Riebe, Shane Olive, and Jared Olive, and is now available at RoswellBooks.com and all major online book retailers.

“After the Steven Spielberg movie Cowboys & Aliens was announced in 2010, we thought it would be interesting to look at actual UFO cases from the 1800s,” Torres said. “While the movie is an enjoyable work of fiction, clearly it has little or no basis in reality, and we wanted our book to present actual, documented cases of UFOs in the Old West.”

Writing with middle school and high school students in mind, the authors emphasized that people in the Old West really did see strange flying ships streaking across the sky. Hundreds of UFO sightings were reported throughout North America in the 19th century, as documented in numerous newspaper articles and books of that time period. Farmers, cowboys, ranchers, and others reported seeing strange signs and wonders in the sky, and occasionally, they also claimed to meet beings that were clearly not human.

The first edition of their book was praised by critics and was wildly successful among both school-age children and adults. A review in New Mexico’s major daily newspaper, the Albuquerque Journal, proclaimed, “Hey, Hollywood. If you’re going to make a big-budget movie about extraterrestrial contact with Wild West cowpunchers, can’t you at least try to get it right? … Of course spacemen explored our planet in the days of saddle-sore lawmen and swinging saloon doors. But it wasn’t the cartoonish picture of evil planetary invaders, complete with hideous teeth and slimy hands emanating from their reptilian bellies that is portrayed in this Hollywood blockbuster…. The Real Cowboys & Aliens: UFO Encounters of the Old West, sets the record straight, using information gathered from yellowed newspaper clippings from the 1800s to tell of numerous close encounters between farmers and cowboys on the range and mysterious visitors in flight.” (Albuquerque Journal, Aug. 18, 2011, Page A1).

“We were, of course, extremely gratified at the praise we received for our first edition,” Torres said, “So a year later, we decided to go back in and improve a few things about the first edition and essentially create a ‘director’s cut’ of the book with some additional content and illustrations. We also got one of the most talented artists we’ve ever worked with, Joe Calkins, to create a new artistic concept for our front cover. The result is dramatic, depicting a Wild West showdown between an Old West gunslinger and an extraterrestrial. Looking at the cover, you get the overwhelming feeling that something is about to happen and that it won’t be pleasant for the humans.”

Calkins also did the cover art for several of Torres’ previous books, including Ultimate Guide to the Roswell UFO Crash, Aliens in the Forest, and Russia’s Roswell Incident. Calkins, who resides in Woodburn, Oregon, displays samples of his art on his Web site CerberusArt.com.

“After the Spielberg movie was announced, we thought it important for people to know that these types of UFO encounters really did happen in the 1800s,” co-author LeMay said, “In reality, there exist many newspaper and magazine accounts from the 1800s telling of strange sightings from America’s cowboy era.”  A native of Roswell, New Mexico, LeMay has authored several books about the history of New Mexico and is vice-president of the board of directors for the Historical Society for Southeast New Mexico (HSSNM).

“It seems likely that UFOs were quite common in the 1800s,” Torres added, “We have found hundreds of newspaper and magazine accounts about people seeing strange objects and lights in the sky. We have also found articles that mention face-to-face encounters with creatures that seemed human but were clearly not.”

Torres, a state section director in Texas for the Mutual UFO network (MUFON), said, “What is especially interesting about these historic UFO sightings is that they took place before airplanes were invented and before flight of any kind was common. Although hot air balloons had been around since the 1700s, it was closer to 1900 before balloon airships became widely known.” Torres has written several books about historic UFO cases.

Torres and LeMay said that after researching many UFO sightings from 1800s, they picked the most interesting cases to include in the book. Torres said, “We’ve included many bizarre stories, such as the one about a being from outer space whose spaceship crashed in North Texas and whose body was buried in a lonely Texas cemetery where it may still remain today. You will also read about a flying monster shot by two cowboys outside of Tombstone, Arizona. There is also a tale about an underwater UFO that came up to the surface and nearly electrocuted two men. Another story tells of a mysterious ‘airship’ that lassoed a calf and then flew off into the sky with it. You will also hear the tale of a strange flying beast that terrorized a small Midwest town. Did these strange encounters really happen as recorded, or were they the products of overworked imaginations? We’ll the readers decide for themselves.”

The second edition is not a radical departure from the first, according to Torres. “We didn’t stray far from the original. We added some new content, tweaked some of the narrative to make it flow more smoothly, and added some new illustrations by our very talented artists. And, we definitely improved the front cover. But, we wanted to keep the overall presentation very similar to the first edition.”

Torres and LeMay have spoken at many schools about their book since the first edition was released early in 2011. “Originally we targeted this book at middle school and high school students,” LeMay said. “We had no idea it would be so popular among adults. We’ve received some really good reviews, although people sometimes comment about the reading level of the book, not realizing that it was primarily intended for a younger audience. We wanted kids who saw the Spielberg movie to know that there really were UFO sightings back in the Old West.”

The artist whose illustrations appear at the start of each chapter, Neil Riebe, is an author and illustrator living in Madison, Wisconsin. Shane Olive is a retired firefighter living in Roswell, New Mexico. He has worked in illustrating for over 30 years. He had done artwork for book covers, VHS box art, and for various magazines, including TV Guide. His son, Jared, who also contributed several illustrations for this book, is a firefighter in Roswell. He has previously designed t-shirts and logos for products sold in Roswell gift shops.

The 126-page paperback book is now available for $12.95 at http://www.RoswellBooks.com or purchase directly from Amazon.com simply click on its title: The Real Cowboys & Aliens: UFO Encounters of the Old West

and at all major online book sellers.

Review and media request via Noe Torres at: [email protected]