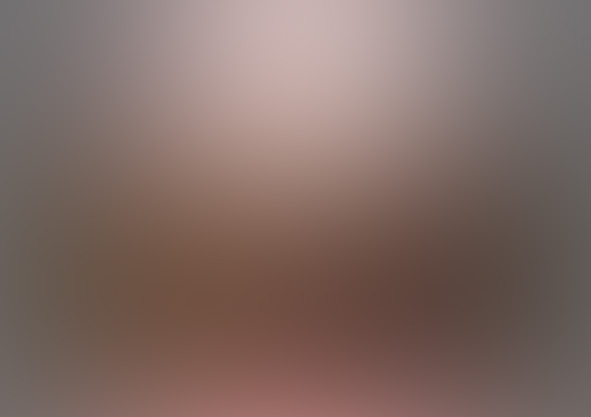 Due to increased education and research etc, we are currently noticing greater disillusionment towards organised religions.  We may also perceive a growing amount of interest in witchcraft and our ancient Pagan traditions. However, in order to understand where mankind is going in any spiritual sense we must first explore issues that many would prefer to avoid.

We may learn a great deal from our mysterious legendary heritage, which was originally untainted before the inroads of monotheistic intolerance and trendy New Age mishmash.  Today, many seek to unshackle themselves from the repressive, subconscious, thrall of monotheistic mind-control. Some disillusioned individuals manage to partially achieve such spiritual independence, whilst the majority sadly do not.

Some myths, of a more primordial variety, were (and still are) an advantageous vehicle towards higher extrasensory insight for mankind. They were shrewdly developed over countless eons to educate evolving tribal structures on the psychic level.  However, some of the more contemporary ones (religious, political and social in nature) are not and have been deviously crafted by shrewd mind-controllers in high places to mislead the credulous masses.

The delusion I speak of runs extremely deep and many who exist under such an illusion of subconscious programming are blissfully ignorant of their own position. This merely proves how brilliantly successful these far-reaching psychological gambits have been in the first place. Many just never saw the subterfuge coming before it was too late; therefore, when such a ruse is pointed out to them, in good faith; their worldview caves in very quickly and their initial resentment rapidly turns to additional bitterness and anger. And more revealingly; the ones who shout the ‘loudest’ against such revelations are frequently the ones who have fallen out of the shaky old Confidence Tree most heavily.

Learning to accurately ‘differentiate’ between the two types of myth is a sacrosanct, life-long quest in its own right for some of us. I willingly share my life-findings with the rest of humanity as a personal responsibility to the Lord and Lady (i.e. the God & Goddess/Male & Female aspects of divinity), as a committed Pagan. My motives are noble, yet I cannot (and certainly would not) force others to trust my word as my bond! I also happily share hard-won truisms in the hope of promoting additional human clarity in the face of stifling, worldwide, fundamentalist propaganda.

I realise at times that my well-meant writings will fall on ‘stony ground’. Over the years they have created annoyance, or even possibly embarrassment, in certain narcissistic individuals or groups who fail to either properly ‘interpret’ what I say, simply cannot grasp the quintessence of it all or alternatively hold a hidden agenda. Nevertheless, I have long followed the solitary Path of the Hermit and have never sought to win grinning approval from any aspect of conformist, herd-mentality or widely-conditioned ‘group acceptance’. Frightened little fish of course tend to shoal together, en masse, for protection.

I speak the heartfelt truth as I find it and naturally this directness at times creates resentment within the bleating, conformist herds. Therefore, Shooting the Messenger may seem like an excellent idea to some, yet they should remember that the Sword cuts ‘both’ ways. I do ‘not’ turn the other cheek and see such a flaccid philosophy as the bastion of the coward!  A worthy enemy merits due respect and if this opponent is good enough to knock down then he or she is good enough to finish off. This is a primary a most ancient martial credo that runs true, for to leave an enemy with the ability to strike out a ‘second’ time is the mark of a dim-witted fool.

This latter equation may of course not concur too well with the ‘Love and Light’, pseudo-Christian, schedule of countless, plastic, New Age ‘darlings’ that are today anxiously seeking to grab their 15 minutes of recognition anywhere they can, yet our robust Pagan ancestors knew the value of it only too well. A genuine friend deserves our deepest admiration and respect yet squandered affection on ingrates is the way toward madness, betrayal and ultimate despair.

If basic honesty should make me a dreadful person to be avoided at all costs, as ‘some’ appear to maintain, then I must certainly be the Anti-Christ in person. Alternatively, if my candid explanations are in some way ‘accurate’ then perhaps the reverse is the case! You decide for yourself!

Should I perhaps change to become well-accepted by this largely synthetic society and liked more by the ‘Crowd’, just as grinning politicians do just before elections when they want your vote? I think not; above all things I shall remain true to myself and the old gods! Still, we would do well to recall that the Forces of Oppression have sought to silence controversial dissenters like me for centuries as this is the nature of the game.

Nevertheless, let us now excavate briefly into the mists of time, from the classical realm, in order to understand a little more about the cloaked wisdom behind ancient folklore.

September and the Psychic Simplicity behind the Greater Eleusinian mysteries

During the month of September there once existed a vibrant festival, which was celebrated in Athens amongst other places. It was observed every forth year generally, yet every fifth at Eleusis. This nine-day occasion (The Greater Eleusinian Mysteries) was sacred to the Corn Goddess Demeter and her daughter Persephone. The actual rites involved were intimately based on the Myth of Demeter’s loss and reunion with her treasured child. 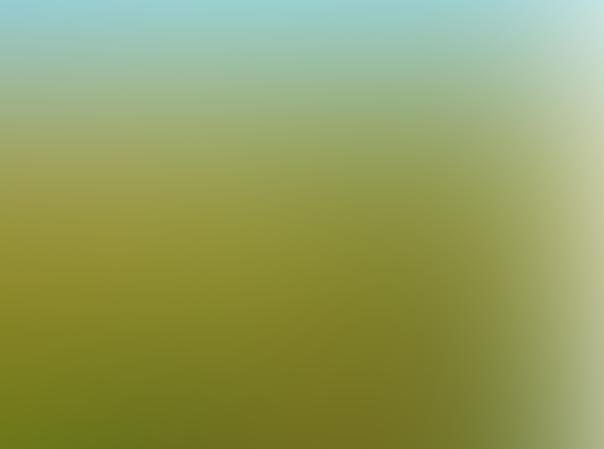 One day whilst out gathering flowers, Persephone was abducted at the Fountain of Cyane by the God of the Underworld, Pluto. Demeter, in a heartbroken state, searched for her far and wide to no avail. Eventually the Nymph, Arethusa, informed the distraught mother to the whereabouts of Persephone. With this news, Demeter urged the mighty Zeus (later to become the Roman equivalent, Jupiter) to bring back this youthful goddess to her rightful place. He agreed to restore Persephone fully to Demeter on the condition that the Corn Maiden had not eaten anything whilst in Pluto’s realm. Unfortunately though, Persephone had devoured the grains of a pomegranate. Nevertheless, after observing Demeter’s deep lament, Zeus ruled that the young goddess could spend six months with her mother and the rest with Pluto.

This ancient Pagan legend is undoubtedly a seasonal metaphor, time-locked into the shifting sands of nature’s rich harvest bounty. The young goddess consequently spends half of her time in winter (with the God) and the other half in summer (with her mother – the Goddess).  The beautiful flowers of the earth and the ripening young cornfields are shrewdly personified in Persephone. Demeter becomes the golden, mature inheritance of the earlier spring sowing. She is the great Earth Mother who turns the green meadows into gold, thus she knows all things under the life-giving sun.

Resurrection Myth Long Before the Jesus Fable Was Invented.

The cycle of ‘Resurrection in Nature’ (and thus in mankind also) is a most ancient concept. It long predates the early Church with its transparent later attempts to recreate the older Pagan resurrection ethos, via the new Jesus Myth, to hold a similar position of rebirth. The Jesus Myth is one that merely seeks to ‘repackage’ much older agricultural versions of the resurrection saga.

The 1st Century makers of the Jesus Myth had a wealth of earlier Pagan mythological writings to utilise in order to promote their new monotheistic credo. The Eleusinian mysteries however predated the Olympian pantheon. In the Linear B Mycenean Greek tablets of circa 1400-1200 BC discovered at Pylos, Demeter and Persephone may be identified. This is just one example of earlier Pagan resurrection ethos predating the Christian Myth. Nothing is in fact new under the sun!

The Great Mysteries were celebrated with much solemnity involving immense processions, veneration and spiritual initiation. The Romans adopted the Feast of the Eleusinia at the period of Hadrian and aspects of it may have filtered through into Britain with the localised worship of Ceres (the Roman equivalent of Demeter.) Incidentally, Ceres gives her name to cereal – the food grains of the corn crop.

September grants us a last chance to savour the fading light of summer. Soon, the Equinox is upon us with the first promise of autumnal frost. 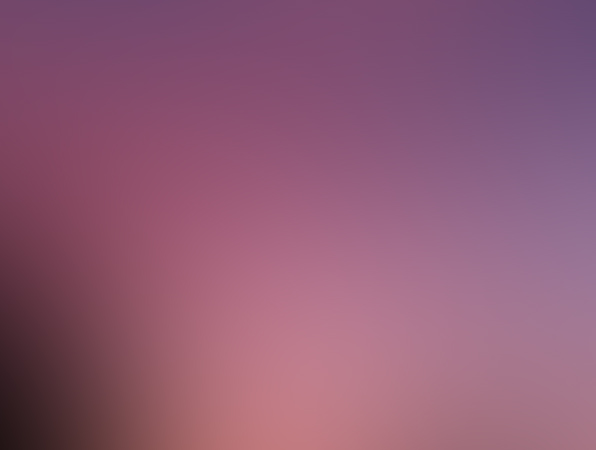 Hot, halcyon days drift effortlessly into nostalgia as familiar russet and copper hues again take precedence, painting the woodlands with their eternal glory. Light and dark are now in perfect balance, like the harmonised mythological structure of Persephone’s shared time with Demeter and Pluto.

This timeless wisdom speaks more to the intuitive/psychic levels of man than the worldly mundane. Without vital balance on all levels, chaos reigns supreme! Our pre-Christian forebears knew this old truth tremendously well and thus captivated such realisation for us in all the ancient mysteries.  The beneficent Corn Goddess speaks volumes to us if we only have ‘ears’ to listen. Her awesome, multi-functional, divinity penetrates all things and this is especially so in the golden month of September.

The Harvest witch, full of earth’s passion and elation, is aware of all this and follows the changing seasons with love and great reverence towards the gods. The witch knows intimately that the same magical powers that move silently through the ripening corn also move within and through his/her being.

We benefit greatly from seeking to understand the lessons from the storehouse of antediluvian, Pagan knowledge. This is our true human, spiritual birthright! Open hearts, minds and spirits have the ability to intimately synchronise with the wondrous ancient mysteries once held so dearly by our highly perceptive, heathen ancestors.

You have a life to live and should live it to the full, on all levels of existence, regardless of unconstructive pressure from others with hidden agendas to do otherwise.