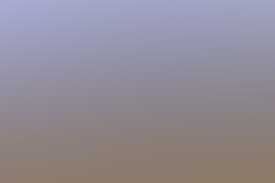 A researcher claims that the Visocica Hill, which is 2,300 feet high, is actually Europe’s first discovered pyramid.

The researcher, Semir Osmanagic, is Sarajevo born and now lives in the United States, believes he had discovered an ancient pyramid in central Bosnia. He believes his discovery is of monumental size and is a stepped pyramid similar to those found in Central and South America.

Mr. Osmanagiç has intensively researched pyramids in the Americas, Asia and Africa for the last 15 years and has written several books on the subject.

Visocica Hill is located approximately 18 miles from Sarajevo and Osmanagic claims that the pyramid was built by an early people that first settled in the Balkans. The pre-Illyrians who built the pyramid lived 27,000 years ago. He postulates that this ancient structure was built at least 12,000 years ago.

The hill is constructed using sandstone slabs that are buried 17 feet below the surface. Sandstone is not indigenous to thea area, therefore the slabs had to have been moved to this spot.

Osmanagic has spent several months investigating the hill by incorporating geological and archeological research. He also plans to use aerial and satellite imagery and underground radar studies to prove his claim.

To date archaeological excavations have uncovered part of a wall and fragments of steps. The dig has just penetrated the surface of the area.

The leading Bosnian newspaper Dnevni Avaz writes, ‘The pyramid is 100 metres high and there is evidence that it contains rooms and a monumental causeway … The plateau is built of stone blocks, which indicates the presence at the time of a highly developed civilisation.’

Mr. Osmanagic believes that this discovery and ongoing excavations will completely change Bosnia’s importance in the world of archeology.