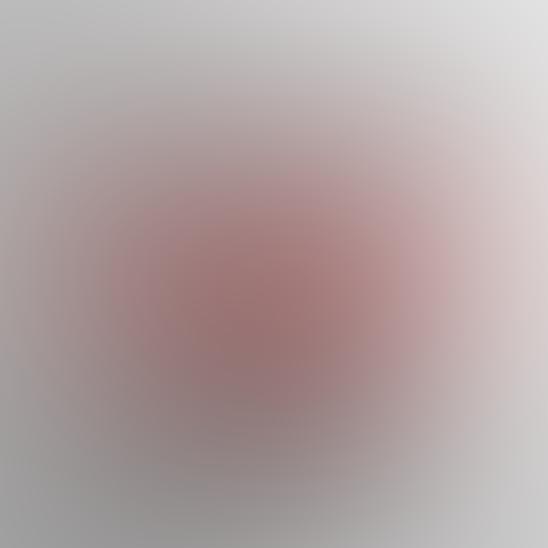 The topic of religiously-inspired ritual mutilation of infants is a heated one.

I recently noticed an additional debate elsewhere that was highlighting what is known as ‘Godparenting’ and children getting baptised, etc. This set me wondering about the whole monotheistic method of enforcing religious doctrine on children.

Fundamentalists are always quick to shout ‘Ritual Abuse’ whenever a minority work hard for their freedoms and human rights but what about the way that monotheistic faiths treat their offspring? Children have (or should have) rights too!

Some time back I was shown some old videos and one was about the subject of circumcision.
It showed an actual operation, which was carried out on a baby boy when he was just 8 days old. An eminent surgeon later stated that the child was in terrible and constant pain throughout the whole odious procedure and that the rite was not even necessary at all as it exposed the delicate penis to any trauma in later childhood.

The poor little boy screamed repeatedly until he actually held his breath and went blue in the face as the rabbi continued cut through his tiny foreskin.

The entire appalling process took what seemed like ages and afterwards the rabbi sucked the freely flowing blood from the baby’s penis in the traditional manner with his mouth. The rabbi stopped the camera filming later on as something was not quite right with the wound, yet he carried on with his work. It transpired that he, like many other religious circumcisers, had no medical qualifications at all!

I felt angry and totally disgusted by this nauseating religious surgery ritual. The mother was not allowed to watch it either as I believe this is the usual tradition. This atrocious ritual is done every day on millions of Jewish and Moslem babies and the authorities usually turn a blind eye due to perceived respect for so-called religious diversity and tradition!

Religious groups are however always quick to cry ‘Foul’ if anyone wants to halt the barbaric initiation practice of circumcising children. In fact last July the BBC reported that Muslim and Jewish groups denounced a German circumcision ruling. Moreover, the BBC’s Stephen Evans in Berlin stated the German government is clearly uneasy about the ruling, particularly after accusations that it was inappropriate for the country of the Holocaust to outlaw a fundamental ritual of Judaism.

I disagree, as there is nothing “inappropriate” about any modern society standing up to religious fundamentalists enforcing wanton cruelty on children and saying:

‘No – you cannot continue to treat children like this on any flawed religious foundation in a truly caring society! You cannot use your religious fantasies to mutilate youngsters.’

Criminal Charges Filed Against German Rabbi for Performing Circumcision
A German Rabbi became the first person to face criminal charges after performing a circumcision. The charges come less than two months after a Cologne court ruled that the religious act causes ‘bodily harm to children’. Rabbi David Goldberg was sued by a German doctor for inflicting “physical harm” by circumcising an infant.

Chief Rabbi of Moscow, Pinchas Goldschmidt, said in a statement:

“Circumcision represents the basis for belonging to the Jewish community. It has been practiced for 4,000 years and cannot be changed,”

No, I am sorry as the Rabbi is extremely mistaken herein. Society does change and barbaric practices do eventually become history. We used to hang, draw and quarter folk in England at times, yet this appalling practice was later banned. The same thing must happen with painful, ritual child mutilation, as advocated by the Chief Rabbi and his followers. Using the Holocaust as a reason to continue child mutilation is quite a cheap shot also. Two wrongs do not make a right!

The Austrians and the also Swiss took the ruling very seriously and have barred infant male circumcision in a number of hospitals in Switzerland as well as in the Austrian state of Vorarlberg. Denmark and Scandinavian governments are also considering restraining the practice of circumcision I believe.  In Norway, Dr. Anne Lindboe has come up with a perceptive suggestion to take the heat out of the crisis. Dr Lindboe serves a Norway’s Ombudsman for Children’s Rights. The doctor advocates that Jews should change their religious custom to gratify anti-Jewish sensitivities. She suggests Jews should replace circumcision with “a symbolic, nonsurgical ritual.”

Incidentally, Sweden, Norway and Switzerland have already banned Jewish ‘kosher’ slaughter. Animals as well as children should not be maltreated due to easily discredited religious interpretation. And let’s face it! If Goths, Pagans or even Satanists performed a similar blood rite on their babies they would doubtless very soon be publicly attacked in the street, arrested by police and given harsh sentences in prison.  Double standards are ‘compulsory’ in this society at time it seems!  In fact we saw the very same type of hypocrisy during the evangelically-inspired Satanic Ritual Abuse Myth (SRAM).  Whilst the blinkered authorities, acting on bogus evangelically-oriented advice were, mounting dawn police raids on innocent families it was later discovered that abuse by numerous priests and vicars was a reality, leading to massive compensation payouts to victims worldwide. New prosecutions are still happening every day, in relation to heinous cases of clergy abuse.

The Christian initiation method of children is usually not as bloody as the barbaric methods mentioned above.  It is quite different and set on the psychological level. Babies are baptised and made ‘Soldiers of Christ’ (whether they want to be one or not) from this early age. Social stigma and religious pressure ensures that the parents go through with the rite because if they don’t they are solemnly advised by clergy that their child will go to Hell. It makes smiling grannies happy too.

Although my unyielding words may not be well received by the forces of fundamentalism, I believe that little children  urgently need protecting from the ‘real’ ritual abuse that is forced on them by monotheistic parents and that they should be allowed to decide for themselves what religious path (if any) they want to follow when they grow up!

We have fought two world wars allegedly for freedom, yet the same freedom must be extended to our children. Such barbaric religious blood customs belong to the Dark Ages and have no place in a modern, pluralistic global village. If care for the protection of children must come second place to pampering to the sensitivities of religious fundamentalists who support such child abuse then something is desperately wrong within our society. I would also add that any deity that allegedly ‘demands’ such child disfigurement is one to be decidedly apprehensive of.

If such a deity existed I would be first in line to say to him: “What type of lesson of love is mankind supposed to learn via your cruel demands to mutilate children, have you nothing better to do than this!”

The uncaring advocates of this inexcusable and malevolent ritual nonsense must wake up and stop relying on dilapidated religious doctrine to further their narrow-minded aims. For heaven’s sake, our children need love, protection and respect not mutilation and indoctrination! Moreover, where exactly are all the leading child care charities in all this. Why are they not coming out in universal, unreserved protest? Perhaps they are afraid that such protests will scare off some of the wealthier ‘donators’ within such religious communities. This is yet more evidence of social duplicity!

Is it any wonder there is so much violence in the world when some people introduce their offspring to the world, via such harsh brutality as we have observed above?

The trusting children of the world deserve better and must be protected from the radical excesses of dangerous religious extremism!