UFODigest.com » Aliens and UFOs » Roswell Revealed: The New Scientific Breakthrough into the Controversial UFO Crash of 1947 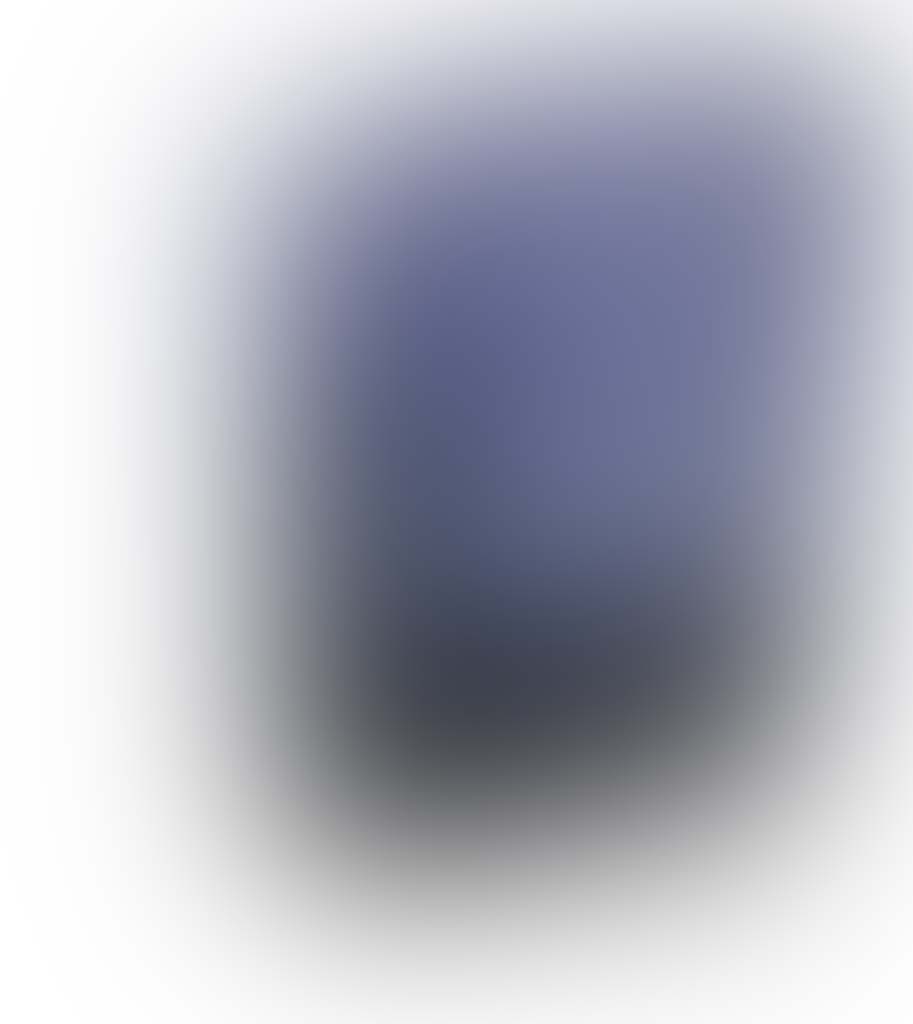 Something crashed in the desert not far from Roswell, New Mexico, on the night of July 2, 1947.

Witnesses heard an odd explosion in the midst of a severe electrical thunderstorm. The following morning a large amount of dark-grey metallic foil and plastic-like beams and sheets were found scattered over a wide area. From the way the materials were distributed on the ground in a fan-shape pattern, spread over an area about a mile by 200 to 400 feet wide with most of the wreckage concentrated at the narrowest end, the object was travelling at high speeds to the west when it exploded above ground.

Nearly 200 kilometers to the west, a dark-grey metallic disk with bodies scattered around and inside the object was whisked away under great security by the US Army.

Major Jesse A. Marcel of the Roswell Army Air Field (Roswell AAF) who has extensive experience in aerial objects, claims, after inspecting the wreckage at the first crash site, that it “…was definitely not a weather or tracking device, nor was it any sort of plane or missile”. (1)

Bill Brazel, another witness and the son of the rancher who first discovered and notified authorities in Roswell of the wreckage, claims he saw pieces of a dark greyish metallic foil found at the crash site among other odd materials which he described as “very thin and extremely lightweight. The odd thing about this foil was that you could wrinkle it and lay it back down and it immediately resumed its original shape.” (2)

Other witnesses, including those claiming to have loaded the material onto several B-29 bombers under strict security for scientific examination at Wright-Patterson AAF (now Wright-Patterson Air Force Base) in Dayton, Ohio, USA, said they saw a lead-coloured, “dirty stainless steel” (3) or dark-grey metallic foil that “could unfold itself” after slightly warming it with their body and bending it in one hand.

Preliminary examination of the debris at the first crash site by Major Jesse A. Marcel, and later by other personnel at Roswell AAF on receiving the materials, concluded the object was not a weather balloon or any known high-speed man-made flying object. To support this claim, Colonel William Blanchard, the commander of Roswell AAF, ordered his public information officer Second Lieutenant Walter Haut to issue a news release stating a “flying disc” was recovered and sent to higher headquarters.

For more information or to purchase Roswell Revealed click on this link: http://www.sunrisepage.com/indexroswell.htm

However, within two hours of the news release, General Roger Ramey at Fort Worth AAF issued a new story to the media claiming it was a weather balloon. To support the new claim, General Ramey permitted a news reporter, James Bond Johnson, to take several photographs of the remains of a weather balloon put on temporary display in his office. All the photographs reveal a bright-silvery and heavily crinkled metallic foil together with some beams and plastic tape. Later the weather balloon and the rest of the materials were sent to Wright-Patterson AFB in Ohio for scientific analysis.

However, General Ramey had also inadvertently held a top secret memo to the camera in one of the photos. Digital analysis of the photograph showed a continued belief by the military in a “disk” with “victims” and a desire to use a weather balloon and dummies as an alternative explanation should media representatives ask questions about the Roswell incident. The presence of “victims” was something the original news release never mentioned.

Does this mean the object was indeed a “disk” in the sense it represented something new and highly unusual in nature to the military? Certainly it had to be artificial in nature given the presence of “victims”. In which case, what was this “disk”, and who made it?

While the media was fed this new information, a document allegedly written by General Nathan F. Twining, dated July 15, 1937, discussed unusual fabrication techniques and the internal structure of a flying disk allegedly recovered in New Mexico. The information is so unusually detailed for a flying disk that it revealed a hitherto unknown electromagnetic technology. It was either a secret military experiment of a new type of aircraft, or something more exotic, possibly alien. The question is, which one?

Apart from rumours of two U.S. presidents being involved in some way with the Roswell incident (either to view or decide the fate of the debris and victims and whether the public would be told about the discovery), nothing more was heard.

Is the USAF telling us everything?

Then in 1979, two dedicated U.S. investigators conducted interviews with witnesses. From those investigations came a different story from the official USAF explanation, including remarkable claims of a tough dark-grey metallic foil possessing unusual shape-memory abilities.

Furthermore, it became clear to a number of people, including former New Mexico Congressman Steven Schiff, that the official USAF explanation was not sufficient to solve the controversy. As Mr Schiff noticed, why was the US military still acting in a highly secret and evasive manner whenever questions were asked about the incident, assuming this was an ordinary weather balloon? As a result, Mr Schiff recommended the General Accounting Office (GAO) investigate the matter.

Under pressure from the GAO to release all available details about the incident, the USAF conducted an investigation into the incident. The conclusion of the detailed 231-page report titled, The Roswell Report: Case Closed released in July 1994, found that the wreckage was nothing more than the remains of a secret weather balloon experiment called Project Mogul designed to test for Soviet nuclear explosions during the Cold War period (4). The secret nature of the balloons was the reason for the military’s silence on the incident.

The only problem remained that the scientist involved in Project Mogul supported the “aluminium foil” explanation in his Mogul balloons. No shape-memory metallic foil was used in this secret experiment.

Then there was the question of the alleged victims of the crash observed by witnesses. So, in 1997, the USAF decided to update their report to include dummies as the most probable explanation.

But is this enough?

The Roswell metallic foil – the Achilles heel of the USAF explanation

To solve this mystery, SUNRISE initially focused on the metallic foil where new evidence has been uncovered that will cast serious doubt over the “aluminium” and “weather balloon” explanation as provided by the USAF and will go as far as to say that no other man-made military or civilian flying object explanation will suffice to explain the Roswell object. A study of scientific literature and the availability of the world’s most powerful shape-memory alloy to the public through various novelty toys has revealed the only known dark-grey titanium-based shape-memory alloy, and the most powerful and lightest titanium-based shape-memory alloy of its kind. Known as nitinol (NiTi), a nickel-titanium alloy, a look at its history has uncovered a link between the USAF at Wright-Patterson AFB and several notable shape-memory alloys, including NiTi during a secret study with scientists at the world famous Battelle Memorial Institute in Ohio that began on May 18, 1948.

More importantly, the timing for this secret study into shape-memory alloys occurred just after the Roswell event and required, for some reason, the assistance of selected Battelle scientists. The question, therefore, is why ask for outside scientific assistance to work on these alloys for the military if the alloy had already been developed and manufactured in large quantities to build the Roswell object? Now we can answer the question thanks to new information about the purity and technology required to make a titanium-based shape-memory alloy.

What SUNRISE has discovered is that unless the USAF releases a new report dated prior to the event to explain exactly how it managed to make a substantial quantity of a highly pure titanium-based shape-memory alloy, there is now sufficient evidence to show, on the basis of probability, how likely the witnesses were in their belief of an exotic, possibly alien, object as being responsible.

This new book does not stop here. Unlike any other, the book will also look at the Roswell object in a new way by analyzing the observations and applying fundamental electromagnetic principles to the problem. The result of this work is the discovery of a new electromagnetic technology ready to be tested by the scientific community. It is the kind of technology that is exotic in nature (i.e. has not been attempted before) and is expected to end the long-standing secrecy still surrounding this controversial case.

The key documents used as evidence in our research book

Included as a free download for all researchers and members of the public are the following documents used as principal evidence for our research work:

US GOVERNMENT DOCUMENTS RELATING TO THE ROSWELL INCIDENT

2. Berlitz & Moore 1988, p.88. Other sources to confirm this memory-shape behaviour may be found in Good 1997, pp 456, 461 and 463; Friedman & Berliner 1992, p.73. Also check the statements made by Ms Sally Strickland-Tadolini and Sargeant Robert E. Smith for further confirmation. For other quotes and their full references, please purchase the CD from SUNRISE.

3. The term ‘dirty stainless steel’ was mentioned by L. W. “Vern” Maltais and his wife Jean Swedmark Maltais as the words used by their close friend the late Barney Barnett, the man who allegedly saw a large dark-greyish metallic disk-shaped object with unusual bodies in the Socorro region on the morning after the odd explosion on a local ranch near Roswell according to Berlitz & Moore 1988, pp.60-61. Walt Whitmore, Jr., son of the Roswell radio station KGFL owner, also described the colour of the metallic foil brought into Roswell by a local rancher as lead foil as shown on page 73 of Friedman & Berliner 1992 book, Crash at Corona: ‘[It was] very much like lead foil in appearance but could not be torn or cut at all…extremely light in weight…’