UFODigest.com » Paranormal » Conspiracies » Conspiracies in Religions » Satanically Abused – But Now Abducted By ‘Evil” Aliens: The Secret Link They ‘Don’t ‘ Want You To See! 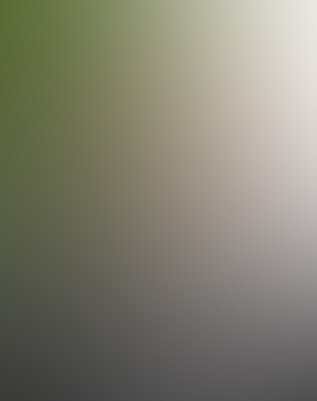 The varied criteria that defined a witch back in the bad old days habitually accumulated from a brutal data extraction process, involving differing methods of horrendous torture against an unfortunate victim.

This spurious confession would then be presented as ‘absolute evidence’ by the godly authority of all manner of strange things and yes, including so-called demonic possession.

The Church was quite specific in targeting anyone who failed to conform (e.g. perceived heretics) to the fundamentalist ideal as required by the Orthodox Church. Even just living alone with the company of a pet cat or two could bring in the unwanted attention of the inquisitors following reports from any malicious neighbours.

As for any trite mentions of ‘possession’, well the Church is still deeply obsessed by this Dark Age principle and this fixation has in fact resulted in the deaths of numerous innocent children when the ‘True believers’ have taken it onto themselves to ‘Beat the Devil’ out of the poor, suspected victim.

Yes, this is STILL happening all over the world today!

It is critical to understand that the self-righteous fundamentalists, who are clearly obsessed with notions of evil, are provably socially-destructive.

Please permit me to clarify this disturbing issue.

During the 1980s/90s In the UK we saw many innocent families ruined and children taken into care after the blinkered British authorities erroneously accepted bogus data, from rabid evangelical troublemakers, about the so-called Satanic Ritual Abuse Myth (SRAM). The financial expenditure in the UK alone to the Taxpayer concerning this avoidable hoax was over 20 million pounds and the same criteria affected countless other countries too.

Later on the police, social services, therapists and media realised how they had been hoodwinked by these clever fundamentalist bodies who were clearly seeking satanic abuse where none existed. The fundamentalists’ leading biblical impetus herein  was  that  scriptural diktat ‘insisted’ that satanic influence was due, and had to be uncovered,  ‘before’ any alleged ‘Second coming’ could take place.

Liberal-MInded UFO Websites Must ‘Not” Be Permitted To Decay Into Hollow Scriptural Platforms For Clandestine Funamentalist Agenda!

The evangelical perpetrators who initially claimed they had been satanically abused were later found to be making wild, bogus allegations.

Many of these activists also made a rather good living, via giving speeches and holding so-called satanic seminars etc. It is consequently most fascinating to note that great similarities exist herein with some of these fixated activists today who, rather conveniently, claim to have been abducted by ‘evil’ aliens.

It appeared that the satanic victim imposter plan failed miserably so the fundamentalists, not to be outdone, shrewdly changed their approach and now uses the ‘evil’ alien abduction gambit to further their dangerous scriptural agenda. Crafty little change of tack… You betcha!

Such a tactic is today widely seen (yet not always properly understood) on many popular websites utilising paranormal or UFO – related information.

Basically, alleged evil was seen by this missionary wing where none existed! If evil could not be found it was simply invented! This is therefore the enormous danger of seeing evil where none exists. Such an unsophisticated and frankly irresponsible schema is the pathway to insanity and self-deceit. It must be resisted at all costs!

The entire SRAM issue was entirely discredited. However, we cannot say the same when we realise the extent of atrocious Clergy abuse, which is an international problem of epic proportions and has already cost the deeply embarrassed Church authorities millions in victim compensation.

This in not opinion, it is not belief, it is hard FACT!

Unhappily though, some of the more paranoid fundamentalists are STILL seeking to revive this scripturally-orientated psychosis in society. I reiterate that paranoid fundamentalist superstition, which demands that everything that is not properly understood is perceived as being ‘evil’, is the real danger herein.

Genuine knowledge of the unknown ‘must’ replace religious superstition if we are ever to evolve as a successful species. We owe such honesty and respect to ourselves and to any other extraterrestrial life forms encountered.

One can only warn!