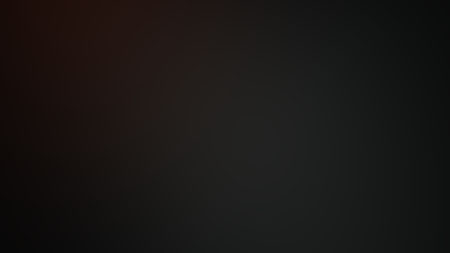 The recent discovery of Gliese 581g, an alien planet in the habitable zone of another star, has been an exciting development for scientists probing the galaxy for signs of extraterrestrial life. At least one claim of a possible signal from the planet has already surfaced – and been met with harsh skepticism among the science community.

This artist’s conception shows newly discovered planet Gliese 581g, which has a 37-day orbit right in the middle of the star’s habitable zone. The Gliese 581 system and its host red dwarf star is only 20 light years from Earth.

Following the Sept. 29 announcement of the discovery of Gliese 581g, astronomer Ragbir Bhathal, a scientist at the University of Western Sydney, claimed to have detected a suspicious pulse of light nearly two years ago, that came from the same area of the galaxy as the location of Gliese 581g, according to the U.K.’s Daily Mail online. [Alien Planet Gliese581g: FAQ]

Bhathal is a member of the Australian chapter of SETI, a non-profit scientific organization that is dedicated to research, exploration and education in the field of astrobiology.

“Whenever there’s a clear night, I go up to the observatory and do a run on some of the celestial objects,” Bhathal told the Daily Mail. “Looking at one of these objects, we found this signal. We found this very sharp signal, sort of a laser lookalike thing which is the sort of thing we’re looking for – a very sharp spike. And that is what we found.”

Still, there are some scientists who are skeptical of Bhathal’s assertion.

“I know the scientist, and when he first announced it, I asked him for the details, and he wouldn’t send them to me,” astronomer and SETI pioneer Frank Drake told SPACE.com. “I’m very suspicious.”

Drake is credited with conducting the first search for signals from extraterrestrial intelligences 50 years ago as part of what was then called Projectt Ozma. He coined the famed Drake Equation to calculate the number (N) of alien civilizations with whom we might be able to communicate.

Further study would perhaps confirm or deny the supposed observation, but Drake thinks that the claim is likely a dubious one.

Bhathal claimed to have detected the puzzling signal in Dec. 2008, almost two years before researchers announced the Gliese 581g finding, and long before it was announced that habitable planets were found orbiting the star Gliese 581 itself.

“I’m not aware of the location that was claimed for the source of that light, and [Bhathal] refused to tell me where it came from,” Drake said. “I think it’s very unlikely that it came from the direction of Gliese 581.”

Gliese 581g is one of two new worlds that was discovered orbiting the red dwarf star Gliese 581, which is located about 20.5 light-years from Earth. In total, there is a family of six planets that has been found around Gliese 581. [Tour the six Gliese 581 planets.]

Steven Vogt, a professor of astronomy and astrophysics at the University of California, and his colleague Paul Butler of the Carnegie Institution of Washington announced the Gliese 581g finding in a press conference held by the National Science Foundation on Sept. 29.

While there are six planets known to orbit around the parent star, Gliese 581g is the only one in the so-called habitable zone – a region where liquid water can exist. Astronomers have long-thought that the presence of liquid water, which accompanies life on Earth, could be a major ingredient for life on other worlds.

Observations have shown that Gliese 581g is between three and four times the mass of Earth. While it is larger than our planet, it is still classified as a nearly Earth-sized world. Its radius is between 1.3 and two times the size of Earth, scientists have said.

The planet has not been officially named yet (nor have any other worlds in the Gliese 581 system). But Vogt has given it the nickname “Zarmina’s World,” in honor of his wife.