UFODigest.com » Aliens and UFOs » Seek and Find: The Truth About The New Image 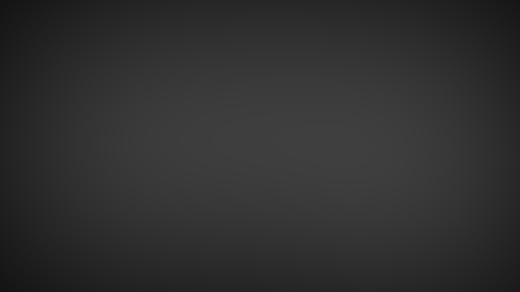 I interviewed Peter Lindberg live on air for two hours, and found him to be extremely straightforward and cautious in his responses to my questions.  I brought up all the various claims made by the internet gurus, and he answered each and every one of them in a very clear and very straightforward manner.  It was a thorough and enlightening interview, and I very much appreciated Lindberg’s integrity.

Recently, an article was published on the internet claiming that the sonar image of the Baltic Sea object as shown to the world by Lindberg’s team was a cropped image.  It was claimed that the real (uncropped) sonar image was among the digital media confiscated from the team by a group of Swedish police and covert agents.  According to the article, one of the team members had secreted a thumb drive  and prevented it from being confiscated.  The article claims that the team member leaked the “real” sonar image, and it shows an amazing structure beside the one that has a “Millennium Falcon” appearance.  Here is the one claimed to be that leaked “real” image.

When this article and photo hit the internet, I did a show where I presented the photo, and asked the audience to help discuss whether it was real or hoaxed.  There are features of the photo that make it appear real, but features that also make it apear to be hoaxed.  I stated on air that I came down on the “hoax” side of the fence, but I was not certain because I am not an expert with sonar images.

Not unexpectedly (in fact, I predicted it on the show) an internet rager jumped on my FaceBook wall and made all kinds of outrageous claims.  He raged on and on about things I had never said, and made all kinds of accusations that amounted to slander.  This is, unfortunately, to be completely expected now that the government is paying cyber infiltrators.  Some of these odious pseudo-intellects are paid and some are just odious pseudo-intellects beset with brain flatulence.

On the other end of the scale are genuinely thinking people who want to know the truth.  One such person, a member at my web site, decided to contact Peter Lindberg’s team and just ask them if this latest image were real or faked. He e-mailed the team’s press relations person, who forwarded the e-mail to the producer of the documenary about the object, and he forwarded it to Peter Lindberg.

The producer, Magnus Egler, sent this reply back to our member:

Hello, I send the picture to mr. Peter Lindberg Ocean X team And he answered me that it is a fake. Thank you for your concern about the picture

So, there you have it.  The “leaked” sonar picture is fake.  That means the article about it’s clandestine origin is also fake.

But the gurus do not want investigation.  They blow loud, hot, and hard, against anyone who even questions a topic about which a guru has already made declarations.  Why, the very idea that anyone would even think there is a question when the guru has already decided is just unconscionable.

In reality, if an internet guru has pronounced and declared, that is , of itself, enough to raise eyebrows on the genuine truth seekers and make them investigate.  The gurus have a strong allergic reaction to real investigation and questioning.  Why?  Because they have only a 50% chance of being right–theirs is belief and not knowledge.  So, I commend every truth seeker who questions and investigates, who asks for answers from those who are in a position to actually know, and who then test those answers against the evidence.  That is how we arrive at knowledge.  That is how we shed the flimsy crutch of mere belief.  Belief is a crutch upon which to lean until we have evidence, facts, and knowledge.

The “leaked” sonar image is faked, thus the story of the leak is fake.  And now we have definitively identified another source of disinformation in our field thanks to the investigative work of a conscientious and inquisitive person just like you.   Keep it up.  Seek and ye shall find.

One thought on “Seek and Find: The Truth About The New Image”