Publisher’s Note: Received this update from Dr. Greer and the Disclosure Project. I believe you will be interested in its content. Dirk

Almost all of the filming has been competed for the film.

If you missed the first part of this story: click here!

Holding the story line of  this film together will be the talk Dr. Greer gave in Santa Monica in September.  He covered the range that will be covered in the film from evidence, to why the secrecy, to new energy to current contact being made by CE-5 teams. And research continues on the little 6 ” being. We will include as much as we can in the final production.

The goal of this film is to introduce as many people to this subject as possible – worldwide. We want to draw them in, help them see the validity of it and how it affects them directly.  Then they can delve further via  the wealth of credible information that has been gathered by The Orion Project, The Disclosure Project and CSETI.

We are very excited and want to share with you in more detail some of the archives that have been offered to us to use.  As you can imagine only a fraction of the material can be used in a 2 hour documentary of this scope.

For the next few weeks we will discuss the materials we have from Paola Harris, Dr. Ted Loder and Dr. Lynne Kitei.

Paola Harris (Italy/Europe/Vatican) is an Italo-American photojournalist and investigative reporter in the field of extraterrestrial related phenomena research.  She is also a widely published free-lance writer, especially in Europe.  She has studied extraterrestrial related phenomena since 1979 and is on personal terms with many of the leading researchers in the field.  From 1980-1986 she assisted Dr. J. Allen Hynek with his UFO investigations. 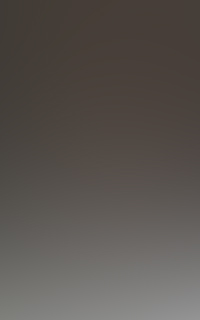 Among the interviews she has shared with us are those with:

Philip Corso – Ms. Harris met and interviewed Col. Philip Corso in Roswell, New Mexico and became a personal friend and confidante.  She was instrumental in having his book The Day After Roswell, for which she wrote the preface, translated into Italian.

Jean Charles DuBoc – French pilot – part of the Cometa Report.  As a pilot he and his co-pilot saw a craft for 2 minutes in daylight and 3 years later found out there was radar confirmation.

Because of her international perspective on extraterrestrial related phenomena, Paola has consulted with many researchers about the best avenues for planetary disclosure with emphasis on the “big picture” and stressing the historical connection.  She was a close friend of Monsignor Padre Corrado Balducci  and assisted in filming the Italian witnesses, including the Monsignor, for the Disclosure Project for the May 9, 2001 press conference.

We thank Paola for offering her fantastic archive to us.

She is also helping us contact researchers world wide to assist in what has become a global effort to support the Sirius film.

Neverendinglight is scheduled to give us the final product in December.  At that point we will work out the best way to make it available to the widest audience with the strongest positive impact. We hope for a February 2013 premiere  and then worldwide roll out.