UFODigest.com » Paranormal » Cryptozoology » SPEAKING UP FOR THE RUSSIAN YETI IN AMERICA

On the 19th of March Igor Burtsev presented some new findings at the meeting of the International Centre of Hominology (Russia) which takes place every month at the State Darwin Museum, Moscow. Burtsev, who was born in 1940, and who has been studying unclassified man-like apes since his mid-twenties, told the gathering:

`In a ten acre forested area outside the farmhouse appeared footprints in the snow. These were in a straight line, with one foot placed after the other. Moreover, their stride measured over five feet long: longer than any human would be capable of.` 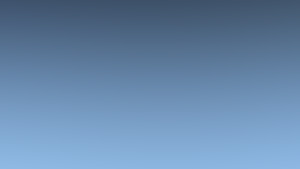 This evidence for the presence of a large bipedal creature, found on both January 30th and then on February 16th this year, comes not from Russia but from Michigan in the Midwestern United States.

Burtsev visited this grand lakes region of America between 13th January and 4th of March. He found that, in contrast to the mild winter here in Moscow, there the temperatures dropped as low as -17 degrees Celsius and there was up to two feet of snow on the ground: just the right environment for the snowman to put in an appearance!

The yeti hunters of Russia made their first contact with their American counterparts as far back as the sixties. After having taught himself American English by taping from TV shows while incapacitated with a bout of tuberculosis, Bourtsev was able to send letters to authors of books on the then `new` bigfoot craze. These included luminaries such as the New York botanist Ivan T. Sanderson and the Canadian investigator John Green. 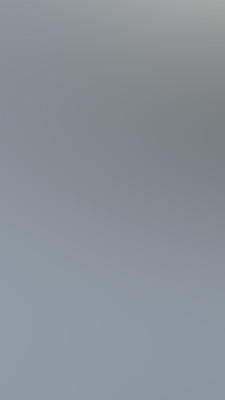 Then in 1967 came a defining moment. From Bluff Creek near California, two men –Patterson and Gimlin – made public a 53 second long 16mm cine film which appeared to show a female Bigfoot retreating from the cameraman back into the forest. This remains the most talked about footage of a Bigfoot or Sasquatch in the world.

Bourtsev and his associates Professor Porshnev and Dmitri Bayanov subjected the film to scrutiny and produced a paper which announced that the shot represented confirmation of the existence of such creatures – a position which Burtsev holds fast to today.

In 1971, when Rene Dahinden, who owned the rights to the film, spent some time in Moscow promoting it to interested parties, it was   Burtsev who put him up in his flat.

It would not be until 2004 that Burtsev took his first voyage to the U.S.A. He did so to interview and live with a multiple witness called Janice Carter who resides out in the wilds of Tennessee.

Two years later came a call from the anthropologist Shara Bailey who was attached to New York University, to examine a skull that Burtsev had dug out of the earth in central Asia and believes to be that of a son of a wild woman.

Next he spent a part of 2011 on a tour of America which took in Georgia, Alabama, Missouri, and ended up in British Columbia, Canada, where a conference was being held to honour the veteran John Green, now an octogenarian. During this trip he was also pleased to be able to press palms with bob Gimlin, co-author of the Patterson-Gimlin film, also now in his eighties.

However, the occasion for this American visit was business. Burtsev is preparing a new book – Approaching Bigfoot: Siberia, Kusbass and Beyond. His editor, Bob Daigle, is a Michigan resident. He also invited Burtsev to partake in a conference there.

Daigle, together with Phil Shaw, had organised West Branch Bigfoot Days for February 6th and 7th. About forty eager spectators squeezed in to the  United Methodist Church in Omegaw county  to catch a glimpse of Burtsev – billed as `A world Renowned Russian Scientist` – who shared the podium with Jim Sharman, representing  the Michigan branch of the Bigfoot Research Organisation (BFRO).

`Everyone was very welcoming`, Burtsev recalled. `I made many new acquaintances. Some of them gave me artefacts which they believe had been left behind by Bigfoot`.

Indeed, artefacts are Burtsev’s specialism: he takes particular interest in what he calls `stick structures. `These he claims are put there on purpose by unknown hominids, perhaps as `markers`. Earlier, on January 16th a former biology teacher and curator of a Michigan Museum called Chuck Lietzau took him to Livingstone County to see further examples of such structures. Burtsev pronounced the bent and plaited branches which he saw to be `amazing` – and to resemble what he had seen at home.

There was some time for sightseeing though. On the 9th February Burtsev was afforded a bird’s- eye view of Ogemaw County – from the cockpit of a Cessna 172 plane!

The two Grammy award winning jazz guitarist Brent Baxter Barrett, who lives in Michigan, takes an agnostic interest in the Bigfoot phenomenon. He invited Burtsev to his ranch for discussions. Then they went on the flight.

Burtsev – a former graduate of Moscow’s Aviation Institute, even got to take over the controls for a while.

Burtsev proposes that a test needs to be done on `various hair samples purportedly from the Siberian Wildman` to see if ` relatedness exists between Bigfoot and Russian wild men`.

When asked why the American Bigfoot gets so much more attention, he gives two reasons. There are many Americans who dwell in very out-of-the-way parts of the wilderness (as opposed to Russian style villages) and this encourages Bigfoot contacts. In addition, there is the existence of Native Americans who Burtsev believes interacted with Bigfoot long before the settlers arrived.

`They are thus less given to hiding away from humanity than elsewhere`, he concludes.

`Despite the differences between our two nations, I have gained a very favourable impression of the Americans that I have met`, says Burtsev. `Many of them are by no means rich but have devoted their lives to the study of Bigfoot`.

`One of them has invited me to go squatching with them next summer`, he chuckles (`Squatching is a slang term for hiking while looking for Bigfoot). `My visa lasts for another three years – so who knows?`

Appeal to the top.

Meanwhile Burtsev goes out with his colleague Andrei Stroganoff, from the Agricultural Academy in Moscow, on foraging expeditions to areas where the snowman has been witnessed. They would like their work to be more recognised so that it can rival that which exists in America.

`The only way to do this is to see if we can attract some government funding`, says Burstsev. `Stroganoff and I are drafting a letter which is to be addressed to Mr Putin himself. `