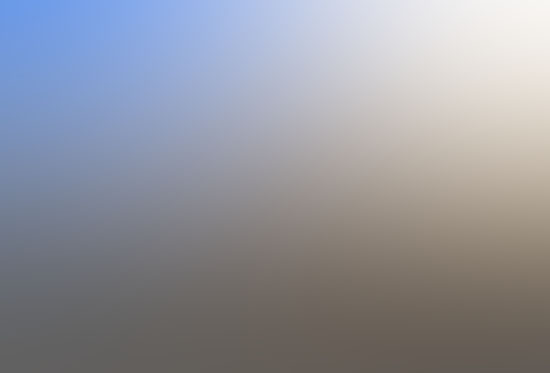 The organic Pagan fertility origins behind this contemporary celebration

The early Church was highly skilled at transforming the spiritual loyalties and traditions of the Pagan populace over to the new intolerant monotheistic credo.

Elated Pagan spring festivities, relating to love and desire, came under the iron-fisted conversion remit of the sexually-repressive Church. Therefore, let us explore this matter in more detail. 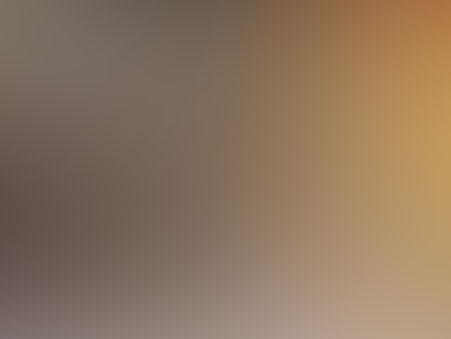 The St. Valentine narrative is a typical Christian fable, with historical authorities and Church scholars not even really agreeing on the supposed origins of the saint in question.

The Feast of St. Valentine was originally established in 496 by Pope Gelasius I. Gelasius inferred that nothing was known about this saint, although some churchmen later suspected that he ‘may’ have been a priest or a bishop; although they really had no idea what they were talking about.

The Church in fact gives a mixed up hotchpotch of various unsubstantiated accounts that may relate to one man or perhaps three regarding someone who may have once been called Valentine. Naturally, the obedient faithful are expected to take all this pious spin as some sort of gospel truth, but about what or ‘who’ exactly is not quite certain.

The bogus nature of the beast was that the self-satisfied Church greedily grabbed at ‘any’ virtuous candidate to fill the position of an alleged holyman (saint) to base this festival on so that the original Pagan one could be crushed, lost and later superseded.

The Lupercalia, Feralia & the Terminalia

We do nonetheless know that St. Valentine’s Day is roundly based on the much earlier Lupercalia.  This was one of the most primeval of Roman festivals, which was celebrated every year in honour of Lupercus, the god associated with fertility. 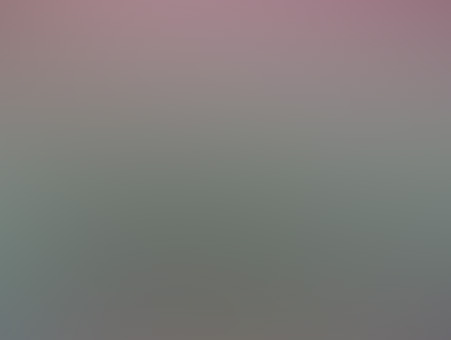 The festivity was held on the 15th of February in a cavern called the Lupercal, where Romulus and Remus were supposed to have been nurtured by the She wolf.

Incidentally, I remember as a child my father having an incredible black metal figurine of the She wolf. This he had brought home from the war when fighting the Nazis in Italy.

Popular fertility traditions from this time found their way through the ages into the modern sexual-bonding ritual that is now called St. Valentine’s Day. Of course the Church realised the esteem of the earlier Pagan festivities, so craftily incorporated them into its own culture.

February is frequently a chilly austere month when little seems to stir in the natural world.  The old farmers’ country idiom, ‘February fill Dyke’ alludes to the copious amounts of rain often experienced in this cold period.  This unwelcoming month gains its name from the Etruscan god of the underworld and purifications, Februus. This deity is often equated with the Greek god Pluto/Hades and also the Gallic God of riches, Dis who further links with the Roman Orcus.

On the 17th or 21st of February, Februus was venerated during a feast known as the Feralia.  During this event marriages were not allowed, all other shrines and temples of other gods were closed and gifts taken to the last resting places of deceased relatives/friends.

The Manes (souls of the departed) were believed by the Romans to hover around the monuments and graves of the dead, thus the presents served as a token of respect and propitiation for these spirits.  The Manes held much power in the underworld and because of this the Romans realised that only a fool would fail to give them the reverence they so rightly deserved.  Modern man can learn a lot about his/her subconscious fears of death and dying by relating intimately to this ancient festival.  The number three was considered sacred to the Manes and because of this they were always invoked three times by adherents.  Could the old maxim of three being unlucky or lucky for some have a connection here?  Gravestones were frequently inscribed with the prefix ‘D.M.’ meaning ‘Di Manes’ (or Di-Manibus) which is Latin for “The good gods.”  The celebration of the Feralia was also called the Februa.  The great prevailing goddess Juno was however frequently invoked under this title.  Her patronage like that of the Gallic Dis also extended over riches.

The purification aspect of this festival still remains with us today.  We still feel the urge with the dawning of the lighter nights to get stuck in and have an energetic bout of spring-cleaning.  The difference is that the Romans also did their spring cleaning on the ‘spiritual’ level.  Modern man would probably feel a lot more at one with himself and his/her environment if he took a page from the wisdom of the Feralia!

Moving to the 23rd of this month we discover a feast called the Terminalia, which as its name suggests, was sacred to Terminus, god of Limits and Boundaries. Numa, the renowned second King of Rome introduced the feast of the Terminalia to the people.  Terminus was originally depicted by a simple marker-stone.  Later he was portrayed as a human head without arms and legs to show that, like limit marks, he never moved his position. Incidentally, it is interesting to note here that Jupiter (the all-powerful King of the gods) was often called Terminalus and he also presided over boundaries long before Terminus did.

It is quite probable then that this surname of Jupiter later evolved into the existing god-form that is now Terminus.  Offerings of wine, oil, flowers and milk were given to the deity at this feast.  So holy was the head of Terminus that should another man unwisely attempt to steal or even move it he rendered himself open to possible public execution.  This instance proves how extremely important property was to the pragmatic Roman mind.

To get a ‘head’ start by robbing a neighbour’s land could lead to actually losing one’s ‘head’ in the most devastating fashion possible as Terminus had no time for infringements of his law.  His wrath was swift and exceptionally effective indeed. 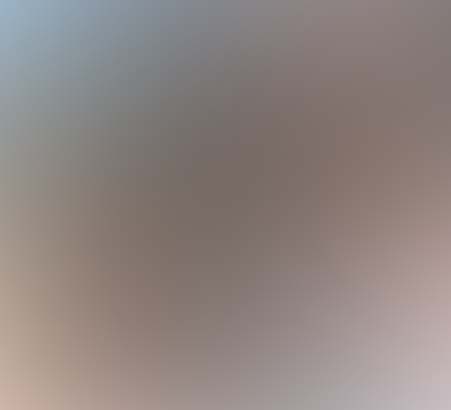 Today’s Pagans (who are unobstructed by monotheistic constraints and remorse) view early pre-Christian, spring equinox feasts such as the Terminalia as a time to synchronise with the growing natural cosmic energies of which we are all an intrinsic part.  It is a time to plan carefully for the future with increasing buoyancy.

The spiritual level of existence is just as important as the material and vice versa, so to neglect one aspect jeopardizes the rest.  One cannot exist without the other. The primary gentle stirrings of light, the rich colour of the crocus and the bursting buds of the horse chestnut give hope for the warm, lengthening, summer days to come.  The old Terminalia is (like all ancient pre-Christian feasts) a vestige of our extraordinary Pagan heritage, waiting as patiently as the first snowdrop to be reborn again anew.

Soon the glorious solar orb will bring forth life and new growth.  Every plant, tree and animal will be ready to greet this time-honoured event. Contemporary man must shake off his/her self-inflicted, materialistic slumber and synchronise himself to the seasonal psychic forces of nature, just as his ancient forefathers did long ago.  Failure to do so will result in a loss of essential atonement (At-one-ment) and vitality with this marvellous home that we affectionately call ‘Mother Earth.’  Like the swelling buds on the woodland trees, we too must now awaken to the annual universal energies impinging upon our being. The mysterious symphony of nature’s call is irresistible and merely grows stronger with every passing, seasonal tide. The solitary witch dances joyfully in the cold night air within the depths of the green wood. She/he intimately understands this natural relationship betwixt man and the planet and beyond.

The ‘ecstasy’ (or perhaps even salvation) so yearned for, is here and it is now under the pale luminosity of the full moon. It effortlessly crosses all barriers of perceived logic and all levels of assumed reality without care or prejudice. It is our Pagan birthright.  The witch needs no glossy book, no sombre house of prayer, or no priestly instruction to simply FEEL the awesome, unprocessed forces that enter our beings on all planes of existence. An open heart, mind and soul are the only qualifications required to experience elation with the connection in nature that is just there for the taking.

The ecstasy – the blessing of the old gods is here, and it is available for all who approach with a sincere heart. If you, dear reader, feel empathy (no matter how slight) with my words then you are on the pathway to much more. If you fail to comprehend my words at this stage then your journey may be a little longer.

Many seekers instinctively feel the wild call, and then sadly permit their indoctrinated souls to reject it. Hearts, minds and spirits must be opened wide to allow us to fly high onto higher planes of existence. Our Pagan ancestors didn’t worship nature, as is so often claimed by ridiculous monotheistic troublemakers.  No; our wise forebears actually venerated the pivotal life-creating (or destroying) forces ‘behind’ nature’s copious moods and eventually personified them for greater understanding.

This fixation we call ‘life’, and grasp so dearly, is only a tiny part of the greater whole, yet to be experienced.

Today’s Pagans strive to preserve this evolutionary process for the future benefit of our wonderful species and the planet itself. We have two principal choices: to be wholly connected, or alternatively to be separated from the organic home of which we are all an intrinsic part.