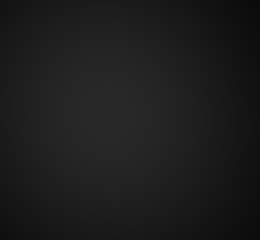 That ridge around the equator of Iapetus is 20 kilometers high and, at its base, 100 kilometers wide.  It has spawned all kinds of theories and speculations, including that this moon of Saturn is really a spaceship.  The experts really have reached no consensus on how and why the ridge was formed, although none of the experts subscribes to the theory that Iapetus is an artificial structure–a spaceship.  Close-up views of the ridge show why.

The equatorial ridge on Iapetus runs around some 75% of the equator.

But why?  Why is there a ridge, and why is it on the equator of this body?

A team of scientists have proposed a new theory about why this ridge is there.

William B. McKinnon, PhD, professor of earth and planetary sciences in Arts & Sciences, and his former doctoral student, Andrew Dombard, PhD, associate professor of earth and environmental sciences at the University of Illinois Chicago (UIC), propose that at one time Iapetus itself had a satellite, or moon, created by a giant impact with another big body.
(Source: Washington State University in St. Louis website)

Basically, this new theory suggest that there was a large-body impact with Iapetus which created a moon for Iapetus.  Over time, they say, the moon’s orbit decayed and crashed into Iapetus.  The original large-body impact caused the ridge due to the compression of the impact.

Maybe.  On theory is as good as another when we are speculating.  But, while we speculate, let’s consider another strange equator.

This is Vesta.  It is 330 miles around its equator and is an asteroid that is about the same age as our sun (so the scientists assert).  This photo is a false color photo with colors indicating various types of materials.  For instance, the green indicates the presence of iron.

Notice the strange banding around its equator?

This photo is not a close enough shot for us to see the finer details of the banding, but it does not appear to be a ridge of mountains pushed skyward by the compression of a large-body impact.  Perhaps it is, but it is very difficult to determine that with this photo.

The question is, why do these large bodies in space wear a belt that is visible to the eye?  Why is there a visible equator?  If, indeed, these are due to large-body impacts, does this add fuel to the exploded planet theory?

The exploded planet theory, first proposed by Simon Newcomb in the 1860’s.  It notes that there is an empty orbit between Mars and Jupiter.  That puts it at 2.8 AU from the sun–but it is empty.  Newcomb’s theory was that the planet exploded and caused much of the asteroid belt. If that theory is accurate, to any degree, is it possible that larger asteroids like Vesta may have been what struck other bodies like Iapetus as they were being exploded outward?  Could Vesta be the large body that struck Iapetus?

Well, Vesta is probably not large enough to have caused the ridge on Iapetus.  Furthermore, Vesta’s equator does not appear to have an extruded ridge, but appears to have gooves.  At this point, it does not look likely that Vesta was the culprit.  So what caused the “grooves” on Vesta?

A mining operation in South Africa turned up a very strange discovery several years ago.

Digging through the pre-cambrian strata (2.8 billion years old), miners suddenly disovered a bunch of spheres.  They were tooled with grooves around their equators.  That caused quite a stir since they were obviously tooled, and obviously in a strata from 2.8 billion years ago.  Just as obviously, standard views of Earth’s history do not include intelligent beings of any kind on the planet at 2.8 billion years ago.  Yet, someone was here and left these strange spehers.

Both Vesta and the sphere have the squashed body appearance.   Again, this proves nothing, but it does make one wonder if the spheres commemorate the explosion of a planet located 2.8 AU from the sun, a commemoration that happened 2.8 billion years ago.

Yes, that’s a stretch.  So what’s your take on it all?  Something is putting equatorial “belts” on things in space.  They are not just accidental anomalies.  There is a result, so there has to be a cause.