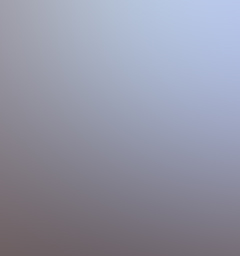 Publisher’s Note: Found this interesting article in my Google Alerts email this morrow and thought to pass it on to you. It was posted online on the Post-Tribune, a Chicago Sun-Times.com publication. It was written by Amy Lavalley. The article talks about MUFON and alien abduction. Dirk

Stewart Hill has looked into some mighty strange things, like the South Bend man who, at age 12, was abducted by aliens while he was taking out the trash.
“They treated him quite well,” Hill said of the “gray aliens” who took and returned the boy, adding aliens treat children better than adults. The boy’s souvenir of sorts for his journey was an object in his ear, which eventually disappeared.
Hill, state director of the Mutual UFO Network of Indiana, was one of the presenters Saturday during a state meeting at the Valparaiso Public Library, which drew more than 30 people.
The network started having similar awareness events last year, though this was the first one in Northwest Indiana.
“We want to get greater interest in this area and recruit more field investigators for Northwest Indiana. We have a lot of sightings, but not a lot of field investigators,” said David Henninger, a state section director from Greenfield.
Indiana has averaged more than 200 UFO cases a year for the past few years, Hill said, and there are between one dozen and two dozen here each year.
Photo info: Stewart Hill, state director of the Mutual UFO Network of Indiana, gives an overview of UFOs during a state meeting Saturday at the Valparaiso Public Library. | Sun-Times Media
Article continues here: http://posttrib.suntimes.com/news/porter/close-encounters-of-the-strangest-kind