Automatic Writing is a form of inspiration creation. I have been one to use this form of understanding my higher self and guidance for as long as I can remember in this lifetime and others. There are other forms of communication with our Ascension Age Extraterrestrial Guides. This form is the closest to sharing Extraterrestrial (ET) Prophecy as I have seen other than seeing these Extraterrestrials appear in human form.

There are two types of physical manifestation that I have observed. There are those who consider themselves messengers which in the ancient of times would have been considered angels. Then there are those who can come and go at will based on their holographic representation of their other selves.  Times are changing and so are we. If one desires to be visited by those above to serve as your guides this can happen. It has to some. We who have lived past lives and remember them are sharing the awakening experiences in what we call the Ascension Age of Love and Light as enlightenment.
With my lesson of having died and returned in this lifetime, I have been one who has chosen to return as one who receives messages not only  in person as in what we call contact of the UFO Contactee Experiencer type. But also, as one who received messages through or by way of automatic writing as a form of Alien ET Extraterrestrial writing or vibrations. It is not the same as brain storming because one has to allow their conscious mind to listen to your will to let go and Let God/Goddess as is our super conscious above. There are various types of writing and this is but one way. It is spiritual inspiration when one discovers another believes in you and trusts you with a friendship of love and light. Love of all and this includes faith, hope, charity of what is, what was, and what will be forever and ever Amen. We shall share the power of discernment. Love for all humankind and all living things is real expression of the essence of our own free will and energy as it should be. Sharing what can be in our future requires visionaries. We can all be visionaries including the “I AM” in “ALL”. 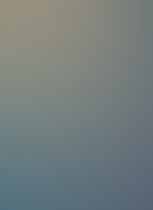 Alien Civilizations Exist! (ACE) – “TAKEN UP” Series by TJ
Created for Peter Dirk Vander Ploeg and Robert C. Morningstar
The following are excerpts and formation of my own personal perceptions as received transmissions which in the world in which I share with other alien extraterrestrials as Ascension Ascended Masters who have returned as reincarnates on this planet use to share and to educate and our aim is to provide guidance.
We have been those who are aware of the prior teachings of others who we follow in their paths and footsteps based on prior extraterrestrial invocation by way of spirit.
This is a time called Ascension Age which is leading us into a more spiritual age of enlightenment. This is a time some call the “Golden Age of Enlightenment”.
It is now time on earth that I , Theresa Janette (Tara Janus or Tara of Sothis) also known as Green Tara share my inner guidance as that of my Guides from another realm of existence that we presently call Andromeda. This is what is shared as the Ascension Age 9-1-11  and dates to come 11-11-11 and 12-21-12 which are benchmarks in time and space for all. 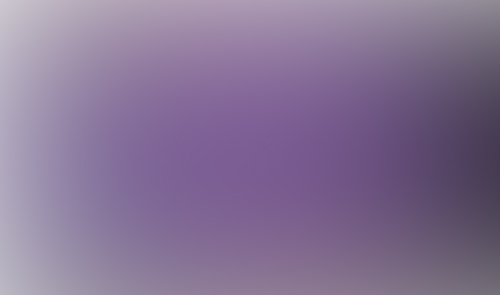 The Andromeda Galaxy is the closest one to our own called the Milky Way Galaxy. 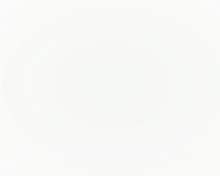 Those who are at the level of understanding the wisdom of this life are welcome to enter the new portal called the Ascension Age on 11-11-11 which is a benchmark of numbers predestined and marked in time for the spiritual embodiment of “ALL SOULS DAY” for those who shall enter the Higher Realms of Understanding called Enlightenment of the Essence of the Soul. The spirit is only one level of life as existence that returns to the soul of the original creation to share in the eternal expression of creating life elsewhere in the Omniverse. This was the message in love and light of those who were masters who came before. Some believe in only one master. Some believe in the divine creation of all three.
The “Keeper of the Flame” is how we have accessed this level of thought forms while offering our guidance in the ways of the past which are not brought back to live and are LIVE through the agent or body-mind-spirit of the Ascension Ascended Master and the Divine Instrument of Inspiration which we ourselves have created who some call an Extraterrestrial or ET. We calmly accurately announce that of the return of TJ on earth in order to prefect and perform the communication for our level of existence which comes and goes without and within any and all things.

AYURVEDA
Ayu means the Life Veda means wisdom or science of If you put it together, it means the science of life. If something is “ayurvedic”, what does that mean? “‘Ayurveda’ is a holistic system of medicine from India that uses a constitutional model. Its aim is to provide guidance..
Ayurveda (Sanskrit: – Ayurveda … sweating and prescribe steam-based treatments as a means … much faster modern manufacturing processes, and does …en.wikipedia.org/wiki/Ayurveda  Best Answer: Ayurveda – this actually is an ancient system of healing, which uses a variety of herbs to cure ailments and increase immunity
———————————————————————————————————
Excerpt from Source UFO Digest.;
Submitted by George Rixon on Thu, 08/25/2011 – 16:18
The late DR Alexis Carrael member of the Rockefeller Institute for Medical Research was not only a believer in the phenomenon but declared that there was definite scientific proof that man could project his thought even at great distances into other minds.
From the book: ‘The University of Spiritualism’ by Harry Boddington, we can read, how this thought projection work he says: “The aura is projected long distances by simple effort of will and thus makes possible the phenomenon of the ‘double’ or appearance of the spirit body separated from its physical duplicate. These are sometimes called thought-forms”.
“As they are an automatic thought-expression of the individual, who may be completely unconscious that he has thus projected his own simulacrum on to the brain of someone else, of whom he happened to be thinking of at the moment. If the conditions are suitable, it becomes objective in so real a fashion that it appears to be exterior tithe seer”.
ALIEN Telepathy.
To be Continued…

TJ Morris tm ACIR sm
“Blessed are those who share the spirit of many friends in this working world. ” TJ
?A friend loves at all times.  Proverbs 17:17

Love and Light Eternal – Your wealth is where your friends are.  Plautus
I desire so to conduct the affairs of this administration that is at the end – I have lost every other friend on earth, I shall at least have one friend left, and that friend shall be inside of me. – Abraham Lincoln
STAY TUNED…