UFODigest.com » Aliens and UFOs » Alien Abduction » The 4th of July a Tricky Time of Lights in the Sky

The 4th of July weekend is about to begin in the United States of America.   It is a federal holiday where we celebrate the signing of the Declaration of Independence which stated that our 13 colonies where independent from Great Britain.  It happened on July 4th 1776 and we have  been celebrating the event every July 4th since.

It is a time of fun and family, fireworks and BBQ’s , beach parties and backyard cookouts, picnics and parades.

My family and I have spent many of  these holiday weekends at the home of a family member who lives on  the beach. We have a large BBQ followed by  watching  fireworks down on the beach. It is a fun time which Americans look forward to. It also is a the  kickoff  for  our summer months.

A few years ago a strange thing happened during one of  the family 4th of July celebrations.  We were at large party at  my family members home located on the north coast of Long Island New York. It is a lovely beach home on the  Long Island Sound facing the state of Connecticut .

The area is one of family homes built on the shore along the beach which makes them the target for many family summer parties.  Over the 4th of July Weekend my family member and all her neighbors have  lots of company and we all have lots of fun.  We can swim all day or sit on the beach or in a few steps be back on the deck of the houses  built along the beach or inside  the many screened rooms and air conditioned homes. In the summer it is like visiting a resort.

During the 4th of July this neighborhood is packed with people as everyone has company, parties,  leaving the beach, homes and road covered with people.

This was the case during the 4th of July a few summers back that I saw something  that caught me off guard.

I was having a wonderful day as was everyone else around me. The people from all the houses and parties were  finding their way down to the beach as the day was coming to a close and night was finally approaching. The big finale of the day for many Americans is a big fireworks display in their local area.

This is the case for this beach community and everyone was  dragging their beach chair or blanket down to the beach to watch the firework display that  is launched from large barge located along the coast on the Long Island Sound    after night falls.

To add to the event the home owners start large  bonfires on the beach to add to the festivities. It is a beautiful way to end a perfect weekend.

This is what was going on the night I saw something else out there over the Long Island Sound.

I was sitting on the deck above the beach that my family member built to enjoy the water view above the activities of the beach. This is where the family has outdoor furniture and their outdoor kitchen. It is a glorious spot built for viewing the water-scape without interference of  what is going on in the community.

That is where I was sitting with about 15 family members and friends.  As I tell you this experience keep in mind my family and friends had just spent the day at the beach, swimming, playing games in the sand and drinking cold beer all day.  I realize now that they were mostly pretty red  eyed ,tired or half asleep by the time the fireworks were to begin. 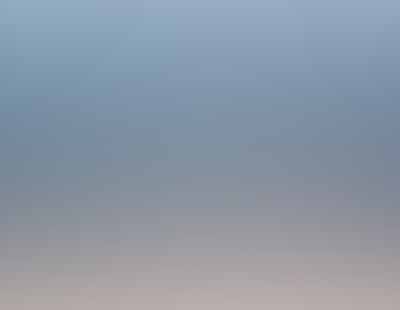 We were all sitting half slumped in our seats wrapped in sweatshirts , exhausted from the day waiting for the grand finale to begin.

I do not drink any alcohol at all. The only thing  I can say was that I was tired after a long summer’s day of fun however I was cold sober.  I have spent my  life driving home those who do drink!

We were all sitting there when  a rather large diamond shaped object started to appear over the Long Island Sound about half way between  Long Island and Connecticut.

At first it would dim in and out so you could not make out exactly what it was. What caught my eye was that it did not move. It just hung in the sky like a star. The problem was it was very low over the water. Maybe  a hundred feet over the water top.

I sat looking at this thing when I realized it was forming into a more solid structure.  At this point I started to point to it  telling my family and friends to look at the object. . We all sat there and watched as this light formed a solid extremely bright object in the form of a diamond  while it  just hovered  out there over the water.

My family and friends sat looking at it yet had no reaction at all- besides a yawn or two!

I kept after them to keep their eyes on the thing as my sister ran inside to get her binoculars which she kept at hand in the house. When she came out I looked at this thing through the binoculars and could see it was not attached to anything in the water. It was clearly hanging there in mid air without movement.

It was pure white and in a diamond shape. It was beautiful but it was not anything I had ever seen before.

The amazing part of this strange sighting was that not only didn’t anyone else with me find this strange, they did not even want to look at it with the binoculars. Only two other people were intrigued by this object.  My sister and her friend who is a physicist working here on Long Island.

The scientist did grab the binoculars once I reported the structure was not attached to a boat or barge under it in the water.  He then stood at the highest point on the deck which was on top of the railing and watched this thing until it disappeared.

My sister and I kept telling the others to look at the odd object again to only find slumped  yawning and  disinterested .   I could not believe that we were looking at something so odd  yet no one at all found it interesting. I watched and realized no one below us on the beach noticed or seemed to care either..

One of my relatives gave this statement for reason of his disinterest:

“It is the 4th of July- It could be almost anything ”

That was it. Since fireworks were going to be displayed all over the country everyone just figured a large hovering craft in the middle of the Long Island Sound that would dim to nearly becoming invisible and then glow back to a solid object  was simply part of the fun.

I could only sit next to my sister as she held on to  the legs of the scientist who was standing dangerously in the sky on the deck railing fascinated by what he was looking at.

Suddenly the object created a huge blinding light flash that hurt our eyes and was gone. Simply gone.

The scientist jumped down with the strangest look on his face . He was confused , shocked and amazed all in one funny twist of his face.

The three of us talked about what it could have been.   Since the scientist had the close up of it the  longest he told us  without question it had a solid form as he could see it was blocking out the lights of Connecticut’s shoreline behind it as well as the stars. He said it seemed to be slowly spinning and that it did dim yet even when dimmed  he could see  definite   borders of the shape of the object using  the binoculars.

We have no idea what that object was.  My sister and her scientist friend did call different agencies the following work day to inquire if anyone had anything in the area at that time. They were not able to find anything out.

I have no idea what that  large bright diamond light was hovering over the water.   I do know  I saw it as did many others. The difference is that most people were not interested in it even though they had no idea what it was.

I  have to admit many odd sightings are seen over the water surrounding  Long Island .  This Island is sticking out in to the Atlantic Ocean which seems to make the area a prime area to sight something traveling our sky that may be traversing past our area over the open sea.

Of course we do have a great deal of air traffic around New York City which makes all Islanders aware of what the normal  planes look like that travel the air  traffic routes to  and from our airports. We also know when we see things that do not move, are not lit like or look like normal airplanes, jets or helicopters .

I realize that the 4th of July is a perfect time in the United States to have sightings of odd objects go without notice due to the ongoing celebration of fireworks, bonfires and over all lights in the sky aglow as he explode our way through this weekend.

What a perfect time to slide along our sky fully lit without notice. I also know it is a time when we party hard , and pay little attention to what is going on around us.

I am not sure what  we saw that night. I do know it was not normal or usual.  I have to wonder how  many others have seen things over this celebrated weekend and have chalked it up to nothing because of the holiday going on around them?

It is a world full of unknowns and unexplained events . Understand that our celebrations  may mean nothing to those who visit us. They may however fully take advantage of the fireworks and fly right by-  right in front of our eyes .  Have a wonderful summer and always keep looking up. You never know what you may see when you least expect it.