UFODigest.com » Aliens and UFOs » THE ‘ALIEN HUNTER’ IS DERREL SIMS 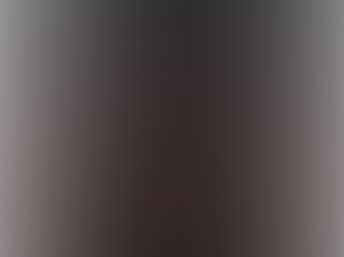 When I was younger, I was distressed and frantic about my sightings of overhead UFOs; confused and alarmed by accompanying, concurrent paranormal experiences, I by fortuitous chance, stumbled upon Derrel Sims.

He was patient, wise and reassuring to me, over the telephone.

Well known, as an “Alien Hunter”, Derrel seemed omnipresent throughout the World Wide Web of the Internet ; he was very busily engaged in helping alien abductees.

Nonetheless, I held on for an hour, sure that he was too tired to return my many calls.

I had seen a virtual flotilla of round craft assemble overhead and had suffered repeated nightmare like “dreams”, vivid recollections of aliens and of abductions. I had sat, eyeball to eyeball with a telepathic being, a Gumby creature with long arms and legs who flashed a tidal wave of LOVE, at me, at one point.

All of him was visible except his eyes, which were clouded and obscured by his willpower, for me not to see his eyes.

I still wonder why his eyes were purposefully blocked, blurred for me to observe or regard.

I am still ambivalent about how to accept, or whether to embrace that vividly recalled wave of telepathic LOVE.

Modern abductees report that during their abductions on board craft, they often see a frightening alien race.

These beings radiates rage and hatred, and appear to be overlords of the many alien races who frequent the crossroads of Earth for salvage, and  to abduct humans and these beings command and pilot UFOs.

Small greys, who act in unison like robots, are work beings, designed and created and labeled,’synthetic’.

There are  similar descriptions of these overlords:

(That may completely explain the alien- ‘God-ordered’ Kosher dietary laws; strictly  control what human animals eat,( as we do with beef and snails fed strictly on corn) and you make them more edible. )

At Bud Hopkins’ house, during Saturday evening meetings, I learned that abductees had also somehow  gleaned what reptoids regular diets consisted of..

It was a chilling story I was to hear

repeatedly, echoed elsewhere, like Rod Serling’s Twilight Zone episode,”To Serve Man”, where our importance as a race in the Universe is that of a mere condiment.

It re framed correctly, the true

modus operandi behind this particular alien type and its ancient and continuing interaction/visitations with mankind.

We were NOT the top of the food chain!

Unhappy evidence suggested that most people who entered an alien spaceship did not remember it or even know what had happened to them, except in recalled ‘dreams’, or under medical hypnosis .

Few people can even remember or carefully examine their dreams, dreams lost as they struggle into consciousness each morning.

I had called him, in near hysterics; I had seen, eyeball-to-eyeball, alien entities.

I told him that I had recalled being on-board an alien craft, with a larger group of ‘sleeping’ people, and had recalled seeing our Moon and Earth visible a midst stars, from the craft’s window; later, unseen poltergeist activity, a paranormal chaos, had erupted in my house.

I had experienced being vibrated out of my body, in my bed; while my whole body had electrically tingled, I had seen two bodies, one slowly rising out of my body, while another remained on my bed, face up.

I also recalled that while I had been on-board an alien craft, I had been subjected to a series of worst scenario, vivid nightmarish like ‘scenes’, as though one were the main character, in a staged film-set.

These scenarios were imposed, and enveloping as 3-D holographs; each one edged towards a test or type of “exam”.

Within each dream-state scenario, one was  tested, measured and assessed, and recorded, for emotional and cognitive psychological reactions to the situation before one.

The back of the brain seemed detached from the front, where one’s shoe hung before one, and one could strain but not quite discern just what precisely it was.

I thought that I had begun to lose my mind to fear, in the full realization of all these bizarre recalled experiences and told him so.

During many of these conversations, he tried to assuage my extreme trepidations and to replace them with a mindset of courage and small acts of resistance.

He had unblocked my fears, directly describing the abducting alien entities that I had seen: “tall, white like a refrigerator, flat like a Gumby character, highly telepathic and sinister in controlling aspect.”

I also recalled the presences of smaller, very dark greys, sinister and mind controlling; they had amazing telepathic powers.

They were diminutive and mean spirited and could both read my mind and control my mind.

Resisting their mind control, a paralyzing tsunami of extreme fear, was like running down an up escalator, like swimming against the current of rapids.

Once, on-board a craft, I had managed to wander into a ‘wrong’ room and had been slammed sideways by a sudden Niagara of “terror”.

Agog, I looked all about for the source of this sudden, overwhelming flood of terror and I realized that the avalanche of terror emanated from a very small mean faced scowling  dark creature who was off in a far corner.

Derrel had assured me that I was not alone; though these beings characteristically micro managed many people’s lives, throughout, I could, he said, now put a stop to it all.

When I asked him about what motives, purposes these entities had, in such encounters, he gave me the metaphor of ‘farmers milking cows’ as an overview.

To him, this metaphor distilled the precise relationship between alien entities and all of the human beings who they abducted.

He went on to tell me, in subsequent conversations, that he had learned that the traces of post-abduction are as subtle as fast growing hair and fingernails, as dramatic as a detectable luminous phosphorescence,” alien touches”, revealed under black light, on alien abductee’s skin.

He had noticed, he told me, that alien abductees had higher serotonin levels than other people; these people were resistant to pain killers, like Novocain, and could even awaken during surgery.

This higher level of serotonin, he said, may make it easier for aliens to ‘contact’ these people.

He was fearless, seeking creative resistances to abductions and pointedly asked me, “Why not turn the tables on these aliens and abduct one of them?!”

He assured me that aliens often made lots of mistakes and were clearly sloppy in many of the abductions; people were alerted to and recalled these episodes rather than forgot them.