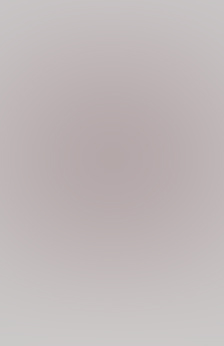 by Bill and Peggy Foster and Nadine Wheeler

Can you imagine that a single evening’s conversation about a couple of missing hours could lead to a discovery of your repeated abduction by aliens? Can you imagine learning an alien word and memorizing alien symbols subconsciously? Can you imagine the terror of never knowing when you will, yet again, be abducted? If you can imagine these things you have discovered only the very beginnings of this compelling page-turner.

The Black Triangle Abduction examines the past ten years of alien abductions and reviews a complete lifetime of contact and programming. The story unfolds in real-time as it is revealed to the authors and the two therapists. By guiding them through hypnotic regression into the realm of unbelievable terror with graphic, jolting, horrifying detail.

The authors and therapist explain the fantastic story in simple, first person terms as it happened. Two ordinary people had extraordinary experiences that could never be comprehended without professional help. If you have ever wondered about the reality of UFOs, the grays, missing time, or alien abduction, you will have a very firm conviction when you finish reading The Black Triangle Abduction.

Alien abduction for the author didn’t begin with Roswell… It began much earlier in time.

The following is an excerpt from the book:

Nadine decided that for Peggy’s appointment, the following week, she would attempt to get her through the sick feelings, just as I had successfully come through the fear and out the other side. This might just free Peggy’s memory and remove the all-pervasive “nothing but blackness” blockage. I told Nadine that the only remembrance from our last session that didn’t seem right to me, was the hangar bay, sitting in the car, the first time I saw the fourteen grey guys surrounding the car. It seemed too much like a Hollywood movie set, almost surreal, not as authentic as the other things I remembered. Nadine and I burst out laughing, both at once, out loud. What could be unlikely about this already wild story? Everything in these memories was weird, unbelievable and bizarre. Why should one aspect of the story seem any more unlikely to me than any other? We both had to laugh about that. When you think about it, it is truly funny. What is the definition of beyond bizarre?

I told Nadine that I had feelings of shame and embarrassment when passing by that open doorway and seeing those three people lying naked on the tables. She told me it probably was a natural feeling, given the circumstances. Also some anticipation of sympathy and empathy because deep down, I probably knew that I would soon be just like those poor, helpless people. I had to agree with that. I had a strong suspicion that I would soon be just like them, even during that first time, as I observed them.

Nadine said that the biggest interest factor to her, in our last session, was that the physical remembrance of my lying on the table, having to urinate, manifested itself in my bladder, in the real moment.

As she said, it would be very hard to create or duplicate that sense of urgency in the present, if it had not really happened in the past. I agreed that it certainly was a real urge. I had to literally run to the bathroom, that last session.

Nadine decided to begin with the onion once again. Peeling off the false layers until we got down to the actual truth of the issues. It only took about seven minutes to put me under this time. Each session, the time spent putting me into a relaxed state is lessened.

I only had to peel off about one and a half layers of this onion. It was mostly in tact, compared to the small core of the last onion. We began the session at the point to which I wanted to return. Sitting behind the wheel of the car just as it was deposited upon the floor of the craft. My narration follows:

“I’m sitting here gripping the wheel so tightly that I should leave fingerprints in the plastic. I can see the fourteen of them standing all around the outside of the car. I am just staying in this moment, as you suggested and looking around, taking a good look.

The lighting in this area is very bright. It is much brighter than a conventional home or office. Although the light is very bright there is no one single source of illumination. It just seems to be equal lighting throughout the entire area, as far as I can see.

Yes, I can see the teardrop shaped craft over to the left and in front of the car. I think I can describe it, yes. It is about 30m in diameter, round except for the rear of it, which forms that water drop or tear drop shape, in the back end of the craft. At least it looks like the back end of it, to me. There are three legs holding this thing up.

No, there are no seams that I can see. It appears to be one solid piece of molded material. It is solid silver looking. It is not shiny like stainless steel but dull. The surface is not a dirty type of dull, just not very shiny. It has no windows, ports, anything like that, just a smooth rounded surface. The top and bottom are rounded as though you placed two shallow salad bowls together. Squatty and wide, that’s probably the best description of the craft I can give to you.

I can see those panels of writing behind the tear drop craft and also just ahead of the car. Large writing, one character stacked up on top of another.”

Nadine now gives me an interesting instruction. She tells me I will hear her voice coming from different parts of the room but not to worry. I am going to open my eyes on the count of five. I am not out of hypnosis but I am going to be able to draw on a sheet of paper. I am going to draw those characters that I see before me on the wall. She tells me to take some time to study the characters and memorize them. When I have them firmly in mind then nod my head. She will count to five, have me open my eyes and draw the characters and then go back into deeper hypnosis.

I nod. She counts. I open my eyes and draw the eight characters. (Shown in the center picture section of this book.) I continue my narration:

“I am now being taken across this hangar bay towards the hall. Oh, that’s odd I must be moving feet first because I can see where I am going. Usually people drag you backwards but I must be going, floating, whatever, feet first. Anyway that isn’t really a hall it’s more of an opening in the molding side of the wall. I mean the walls look like molded plastic and where there is a curve in the wall.