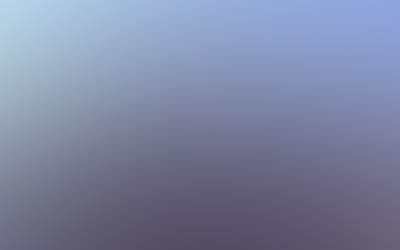 Demons are only as powerful as you permit them to be. At times fire will fight fire yet at other times water quells fire much more successfully. Mastery over one’s inner demons is vital towards the quest for personal development. Let them rule and they will stay with you in this life and into the next incarnation. 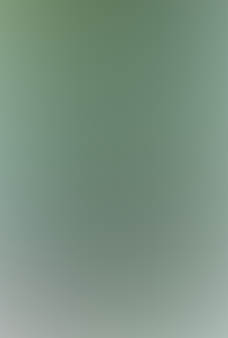 Some alleged demons are not in fact demons at all. Take the greatly maligned image of Baphomet for example. Baphomet represents just one horned deity twisted by the Church, with possibly a little mischievous help from Hammer Horror film productions, into an unwarranted aspect of unadulterated evil. The hermaphroditic Baphomet is in fact a representative of the alliance of the spiritual and the physical, (as above so below) and the eternal universal ‘oneness’ in all things to be discovered in the quest of enlightenment.

When viewed from a shamanistic standpoint this image, like all horned deities, is no more an expression of evil than of good. The only aspects of evil exist in the fanatical minds of the self-satisfied bigots who promote fear and mistrust from the sanctity of their man-made churches.  A powerful mind can achieve great things, whilst a weak one will always be at the mercy of others who smell fear, much like wild ravenous animals on the hunt for fresh meat.

The meek may well inherit the earth, yet the meek in question will be the lowly insects that we crush indifferently underfoot. Chances are exceedingly high that human society will ultimately fall, not via any great war alone or due to asteroid hit, but from on uncontrollable outbreak of a new and ultra – lethal epidemic. Zombie movies; forget it! The horrific truth will be a million times worse! Given the correct conditions of an aftermath of social collapse and unsanitary conditions, possibly after war, the advance of a new super virus could be excellent. Alternatively, mankind’s military ingenuity could create a similarly irrepressible scenario thanks to the imprudent utilisation of biological weapons. In places like Britain the situation could be made 100 times worse due to the most recent council-enforced insanity regarding public waste collections. The sensible Victorians brought in weekly waste collections to combat disease, yet the political fools who rule today changed this to fortnightly waste pickups. I covered this lunacy well in a previous book, Dirty Politics.

Plague itself has ‘not’ gone away. It waits patiently for the right conditions, like a hungry crow sitting over an ancient battlefield.

Demons of the Black Death

Some folk will possibly be immune to the new plague but the vast majority of mankind will be struck down and perish. This was exactly what happened the last time around during the terrible years of the plague.

Today’s revered medical treatments, and those yet to be produced, will only have so much effectiveness. They may of course also be unobtainable in times of relentless social disharmony. When Mother Nature grows tedious of mankind’s disrespect for the planet and its creatures she will put us firmly back into our place, make no mistake about that! History teaches us much about what is to come.

The 14th century brought with it the horrors of the ‘Black Death’.  It was also known as the ‘Great Pestilence’ or simply the Pestilence.  The infection turned body parts black due to the horrible ravages of gangrene, hence the disease’s long-established name. I do not just write, as any casual observer, about that condition as I once used to combat it within my years as a surgical chiropodist. One usually smells the infection before it is seen. It is very nasty indeed!

It is estimated that approximately 100,000 people perished in London alone following just one visitation of the dreaded plague.  Conservative studies reckoned that between 3,000,000 to 5,000,000 (which were twixt one third to one half of the total populace) victims fell under the grip of the pestilence. Further afield misery was unbelievable.  In China 13,000,000 died whilst an estimated 24,000,000 perished throughout the Eastern continent as a whole. Some reporters of the time seem to conclude that flood, seismic activity, famine, drought, and dense-fog or other periods of natural disaster recurrently preceded plague.  Strangely the very seasons themselves were regarded as suffering from a kind of divine sickness.

Plague affected the very core of civilization. Bodily illness was manifestly ruthless but malady of the spirit had greater and more sweeping ramifications.  Following the decrease of the pestilence men’s minds would soon be turned towards finding cause for all the years of desolation and misery. Religious extremism quickly set in and the theocratical moralisers of the period conveniently found easy scapegoats in religious minorities that previously remained to the greater part neglected. Any individual or group that failed to adhere to the strict doctrine of holy Mother Church was soon suspected of heresy and subject to arrest, torture and possible execution.  Unorthodox Christian sects came under the brutal hammer of totalitarian Church exploitation.  Even before the Black Death claimed its first victim orders like the Templars (a military sect that originated around the time of the crusades), had felt the harsh fury of ecclesiastical torment. The Templar credo was one of intense courage.  ‘Glory in battle and never to play as a coward’, were their watchwords.  They were affluent, brave, conceited and stubborn however they were certainly not invincible to the malicious suspicions of the Church. Bogus accusations of indecency, blasphemy and other debauched acts were unceasingly levelled at the Templars.  On the Continent many of these intrepid knights were cruelly racked then burnt into giving counterfeit confessions against their blameless comrades. Many of them however refused to tell falsehoods as in France on 12th of May 1310 when the despicable, Jesus – worshipping, Church in its typical mercy slowly roasted to death fifty-four Templars on trumped up charges of heresy.  The victims, bravely honourable to their last breath, refused to give sham statements to their evil Christian inquisitors.

In England trials of the proud knights were at first conducted with less cruelty however direct pressure from the Pope later persuaded the Monarch to include the most heinous tortures in ‘examining’ Templars for heretical involvement.  The Order of the White Mantle with the red eight pointed cross, known to us now as Templar had a very rough time indeed at the intolerant hands of Church authority.

Judaism didn’t escape persecution either.  Christian religious madness spilled over at Mayence, where an estimated 12,000 Jewish people were vilely put to death for being alleged heretics. The hideous Church authority quickly found out that Jews burnt just as well as other alleged heretics and ‘leniency’ was not a word in vogue at that time.

NB. Check these links too…