UFODigest.com » Paranormal » Conspiracies » Conspiracies in Religions » The Curse of the Vampire; Or the Truth about Christian Fundamentalist Inspired Genocide 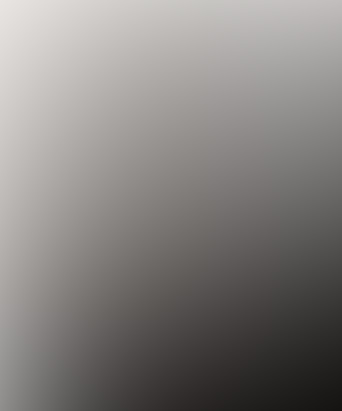 Most of us are familiar with the dark and sinister figure of the vampire made popular by Bram Stoker and actors like Christopher Lee. We all know that the ‘undead’ are deterred by garlic and the sign of the holy crucifix. This latter point is quite interesting, yet its symbolism is really nothing to do with any sacred conflict between good and evil.

Yes, Peter Cushing as Professor Van Helsing frequently made sure that Mr Lee (in the form of Count Dracula) got the ‘point’ of his arguments; literally with a wooden stake through the heart.

This commentary is however not one aimed at debating any quaint association between the name “Dracula” with vampirism or Bram Stoker’s possible notions about that ferocious tyrant, ‘Vlad the Impaler’ (1431–1476).

No, I am in fact much more interested in the legitimacy behind the vampire myth and its demonstrable relationship with blind, religious fundamentalism.

How and why Christian fundamentalism fashioned the vampire myth to mislead the masses away from their native spirituality.

The Church’s propaganda machine during the Middle Ages did a very fine job of defaming native Pagan religious beliefs. This treachery included creating greatly feared demons out of anyone who wished to adhere to the old religions of the earth.

This religiously – biased demotion existed within mythology and a plethora of old gods/goddesses became unfairly linked by the Church to evil. This was especially so regarding any deities with horns, such as Pan. The horns were originally associated with vivacity and fertility within nature, yet the Church fathers soon persuaded the trusting populace that this natural attribute was of Satan’s doing.

The Church also made demons out of any person who failed to conform to its blinkered ideology.

The Church in Slavic regions presently created a new and significantly destructive term for the people following the older earth religion and they became termed as ‘vampires’. These unfortunate wretches had failed to conform to the popular Church diktat of the day; therefore they become tarnished with the hated term of vampire and made fair game for the head-hunting clergy and their well-manipulated supporters.

Much evidence exists for this latter hypothesis with the following most revealing quote, from one Dr Jacek Pierzak, solidifying what many researchers have suspected about alleged vampirism for ages.

“Vampires” in Polish culture weren’t the bloodsucking immortals of popular culture, Dr Pierzak says – often the term was used to describe people with pagan beliefs, or even people suspected of pagan practices such as leaving food on loved ones’ graves.

Clearly the widely – accepted ‘cemetery’ link to vampires is nothing more than a deceitful Christian corruption of Pagan families leaving tokens of respect for their dearly departed beloved ones on graves.

This evidence of malicious religious fundamentalism at work forms yet another example of how the Devil has been the Church’s best friend for centuries. Find a scapegoat to defame, give it a nice new hate title, such as a dreaded vampire in this instance, and ‘Hey presto’; the credulous public fall for the subterfuge – time and time again.

Vampire or Witch – just equivalent terms for a Pagan person, thanks to deceptive Church propaganda

With regards to the Dr Pierzak link given above, so-called vampires were frequently buried in a fashion so that they could not rise again from the grave.

This Christian superstition about anything Pagan being bad is in fact replicated in the UK.

There are many tales concerning alleged witches being buried ‘face down’ so that they could not scratch their way back out of the grave.

One such example was the case of old Meg Shelton. Meg was tarnished with the term ‘witch’ in the late seventeenth century.

Meg was branded as the “Fylde Hag” and apparently got up to all sorts of tomfoolery such as stealing the milk from other people’s cattle, transforming herself into animals and all the usual Christian – inspired allegations used to defame a person who did not conform to what was expected.

It is believed Meg was killed when a barrel crushed her against a wall. However, she may of course have more likely been murdered by her local Christian accusers.

Old ladies, especially vulnerable ones living alone, were unproblematic targets and formed handy social scapegoats for small-minded villagers who were more than happy to help the Church do ‘good’ work for Christ.

Witches, like vampires, needed to be found; if they could not be found then there was always some old woman dwelling alone who would fit the bill nicely.

Malicious village tongues would be frantically wagging about such a person and these tales would eventually reach the ears of the local clergy.

Of course, the priests were always easy to convince when it came to gossip about anyone who failed to show up at church on Sunday. That fact alone was enough in many instances to bring suspicion upon the unsuspecting victim.

In many cases this malicious public mistrust against any unpopular individual would lead to arrest, brutal interrogation and final execution.

At other times this suspicion would result in simply greater small-town discrimination against the suspected person in question on a local social basis.

Today, a boulder’s covers Meg’s grave in the churchyard of St Anne’s in Woodplumpton. It is said that Meg was buried in a narrow shaft, like a fence post, head downwards. This was done so that if she tried to dig her way out she would be going the wrong way. The boulder was added to keep her in the grave.

I would not imagine there is much chance of police instigating a forensic investigation today, yet it would be fascinating to ascertain the ‘exact’ cause of death of many such individuals who suffered the name of witch or vampire.

We can now without too much difficulty see from the above that the terms witch and vampire are synonymous, in different countries, with a Pagan person who did not follow the ecclesiastically-approved, herd mentality of the day.

Conquering religions have to engineer scapegoats to blame for all of society’s woes and the more evil these scapegoats can be made to appear the greater the effect on the gullible minds of the populace.

Therefore, the next time you see those old vampire movies kindly realise what underhanded fundamentalist party line you have been spoon fed.

As always folks; lifting the dark veil of ancient falsehood, spun by the fraudulent Church, is the first critical step towards truth, light and essential self-liberation.

The Bishops, clergy and all of their well-trained flock have been feeding us lies and deceit for centuries. Today however we now have an option to see past this clever old mind –control ruse.

Consequently, what we have here is simply another principal example of how Satan was, and still is, God’s best friend.