UFODigest.com » Science » Space » Disasters » THE DANGERS OF TRANSHUMANISM … ON THE EVOLUTION OF MANKIND: -> NOT AS MUCH “MAN” BUT MORE “MACHINE” 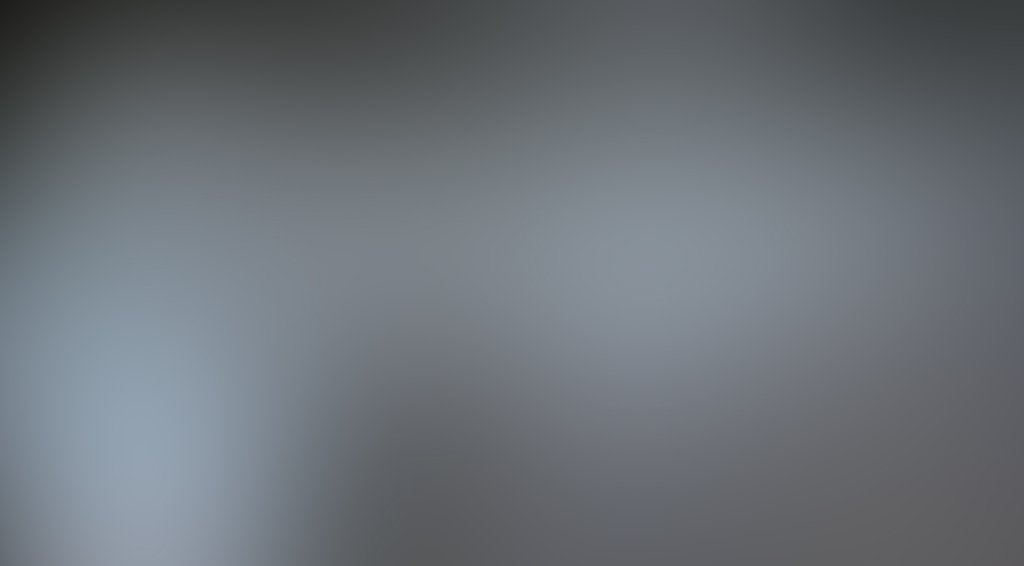 THE DANGERS OF TRANSHUMANISM…

ON THE EVOLUTION OF MANKIND:

NOT AS MUCH “MAN” BUT MORE “MACHINE”

I cannot watch as this happens to humanity without trying to awaken whomever I can as to what is happening, and how we are all responsible for removing the human part of our species as we run full speed ahead to becoming a new semi- form of life that is part biological and part human.

Transhumanism is not a new subject.

You can find material about it all over the internet.  What you cannot find is any interest or concern about it in society.  Those who are responsible for this becoming our future are those who refuse to give up their addictions, and, hence, are those who are rushing like an out of control full-speed steam engine racing towards the end of humanity as we push full speed towards the end of mankind and the start of a new species dominating Earth.

Humans may remain but they will quickly become the minority as we willingly give over our place on this earth.  When I refer to those who are doing this, I am of course referring to YOU.

I have tried in many ways to get people to give up or at least control their addictions to technology.  However I have never been able to succeed.  I wrote about it, which ended with a few nasty emails, and I tried to confront those in my life who are addicted to it, which also ended in a nasty conversation with cell phones, lap tops and I -pads coming out the winners,

My attempts failed  in a way that alarmed me as the reaction to my concerns was greeted with a reaction that was far too extreme to what I was saying.  The idea I wanted people to put down the technology and reunite with those around them caused anger and insults far beyond what I was requesting.  That is when I realized that it may already be too late and our path as full-blooded caring, communicating, engaged with one another as “humans” is already becoming extinct as we turn into “something else.” 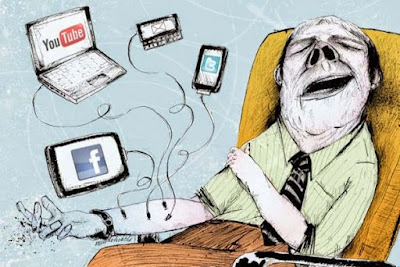 One Specimen as an Example of “Gadget-addicted Human” …

IS THIS YOU ALREADY?

I will leave it for the experts to explain and have added a few videos to explain the path we are on and how it will soon devour our species in to  something different leaving us far from the humans that we have been for thousands of years.  I will post the videos after this article on my blog

Our addictions to technology is why I feel this change in mankind will most likely take place.  We are so addicted to our hand held gadgets that we become nasty and vicious like any addict when confronted with the fact the addiction is controlling the lives of those attached to whatever gadget they are locked staring at in their hand.

It is obvious as you look around you that humans have lost interest in what is going on around them in real time and instead sit staring at their hand held device ignoring the real time life going on around them. They replace the people around them with the object in their hand .  It can be any time in any situation . Look around you wherever you may be and watch as the people do not relate to each other but are in a full relationship with he object of control in their hands. This should be strange and upsetting to you yet it seems to me to be simply the normal of things to far too many people and wonder how they think the world will continue as we follow along as a non communicating group of people divided and controlled not by chance but by purpose.  I cannot  help  but hear over and over in my head the quote  ” Divide and Conquer” as that is so obviously what is happening and clearly what we all want to happen or we would put down the toys and fight for our futures.

Technology is a great thing and should be used for great purposes.  It can make work easier and save lives as well as many other purposes. However that is where it should end. It should not replace face to face conversations or be seen on any dinner table or used instead of person to person communication. If you need to call someone on your phone do so quickly and return to real life in real time.  You do not need to talk to people on the phone all day and night nor do you EVER need to take a call while driving your car, especially if it is filled with children. If you do these things as well as texting or whatever else you do instead of paying full attention to those around you including your driving you are fully one of the problems and one of those heading us straight for extinction and on to something else.

This something else can be towards a part machine part biological life form or maybe something less dramatic.  We may involve in to a type of human life form that does not communicate or live as a human once did  but a more heartless loveless cold mechanical form of life that alone will  live in a tech bubble  that is controlled and contained by technology.

You will become part of the net and your individuality will be lost.  This seems to be the option I see as happening sooner than later.  The addiction to all things net connected already seems to be hard wired in to society.  It will not be long before all people are hooked directly into big brother or the net.  I am sure many are lined up to attach the  new watch directly to their wrist so that they are now only a step away from being hooked directly into the net taking another step away from your humanity.  Of course you will disagree fully with what I am saying as you already have been brainwashed by your addiction to technology and will reject all I am saying.  If you walk around all day with your cell phone at hand or in hand  it is most likely too late for you.

… Or Are YOU ONE Already?

I do not want a future of mind-controlled people living in a world controlled by the few, nor do I want to lose the ability to think for myself.  I fear who or what or why those who are in control of this technology are herding us down this path.  The future does not look rosy when viewed with the truth of where it is heading.  I do not want to give up my individuality and enjoy conversations one-to-one as well as feelings of all kinds, which, of course, we also are giving up with our addictions to machines.  I like to feel all the sensations of life first-hand.  Not being loved or loving is hard to conceive as an option for Mankind but that is exactly where we are heading.

I watched as a post circulated on Facebook that talked about how impossible it would be for the users of the site to give up their technology,  The post said something along the lines of asking the users if they would be able to give up all the things they are addicted to for three months for a million dollars (or something ridiculous like that) and, of course, the addicted replied that they would not be able to do it.   Moreover, no one really offered up this as a real challenge, but the love of the addiction was sadly admitted and openly stated in that post.

I do not have a cell phone.  I use my computer for writing and shopping.  I do not use it unless I have to.  I did not write much this summer as it was summer and life is outside or busy doing things with my husband.  I am sad so many have given over their bodies and souls to this insanity of being literally placed online by those who do and will continue to control you.  I also know nothing I say or do will stop it, but I have to be true to my own soul and try.

I hope you will listen to the videos that I have posted below as they may wake you up to the reality of it all  and convince you to disconnect just to clear your head from what may be your own devastation.

I hope you can go cell phone – gadgetless, and go out and enjoy what is left of the season,

If you love your hand-held phone and gadgets you MUST view these video’s @:

OR IS IT ALREADY “YOU–ROBOT“?