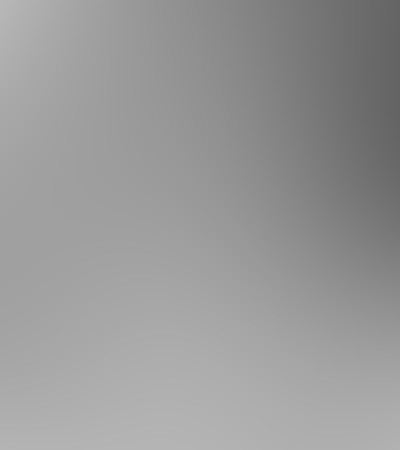 Do you sincerely ‘Think for yourself’ or is your subconscious thought process the result of clever, socio-religious, indoctrination since birth?

You will not find the eternal salvation you dearly crave in the dusty old halls of monotheistic hypocrisy. You will not find it within any synagogue, church or mosque. It will not in fact be accessed in any man-made structure of alleged piousness. No, you will discover more true revelation within a bleak mountain stream, a cool oak wood or ever under a pebble on the shore than in such artificial structures.

Christianity was ‘never’ our native faith system. It was (is) an invasive, foreign death cult from eastern shores.

Its traditions and customs were shrewdly lifted from earlier Pagan faith systems. Even the Christian calendar is based on the much older heathen agricultural cycle. Patriarchal 1st century myth maker made sure that their new version on the sun-god, Jesus, would fit nicely into the old seasonal cycle.

Christianity simply made powerful inroads into all lands with a bible in one hand and a big sword, or loaf of bread, in the other. The Christian cult shattered many trusting native cultures around the globe; cultures that had happily survived for thousands of years before the missionaries arrived with their hollow promises.  It is now highly influential and in the UK alone the Fifth column of clandestine fundamentalists in Westminster holds far too much power. Most ordinary folks however are so indoctrinated to all this that they are unaware of this shrewd sleight of hand. The clever deception only really comes to light at times when demands for say gay rights, abortion or female bishops are raised. At such ecclesiastically unsteady times the gospel-pushing hardliners quickly rush out of the woodwork to stamp on liberal Christian dissent, via quoting what they see of God’s Will and biblical writ! It is all so transparent yet the blinkered public simply never see it coming, time after time. This subconscious public trust, which has been deviously cultivated for centuries, helps the Church to keep the naive populace in the dark…all lies, spin and crafty Dark Age propaganda. Think For Yourself – rather than allowing grinning men in dog-collars to do it for you!

So how did society come to this limited mind-set? History teaches us many lessons, if we permit it to.

Witches suffered a horrendous period in 17th century England.  Incarceration was quickly followed by interrogation involving the most horrifying of tortures.  It was all done in God’s name and with endorsement of the highest magnitude from Church authority. It is extremely important for all members of contemporary society (especially contemporary Pagans and Witches) to understand just how and why the despicable witch hunt hysteria started in the first place.  In effect it was a wide-ranging hate campaign by the Church involving intensive levels of ethnic cleansing against wholesome, native spirituality, like the world had never seen.

Today, much of what misled people regard as hard fact concerning the Burning Times is without doubt merely early ecclesiastical propaganda, endorsed via confession under torture.   In those sinister days the Church controlled printing and it had the absolute monopoly on the press.  All aspects of the ancient indigenous fertility religions had to be suppressed; ergo the tool of the printer gave the holy Church just the weapon it needed to push witchcraft into the furnace of death and beyond. Moreover, following the horrors of the plague minorities were rapidly singled out as scapegoats for the misery in society.

When the next uncontrollable infection arrives (as with the Black Death) and beats the best efforts of the modern scientists, we may well see the same, fundamentalist-inspired, malicious social effects. Minorities may be singled out again for the ‘Treatment’ as scapegoats for social angst. Such is the sinister nature of fundamentalism in times of extreme discord.  The latter scenario will only however be reliant on human survival. Should we fail ‘completely’ then the meek that we stamp on without concern today will take their place in the evolutionary cycle and rule the earth!

Visions of an apocalypse, biblical revelations and similarly misleading notions are utter nonsense that will lead us into the eternal fire of no return. The truth resides in the entire opposite of what the grinning Sunday school evangelists spew out to the trusting young.  If we let them the self-righteous fundamentalists in power, with their fingers on the self-destruct button, will be the ones to obliterate us all 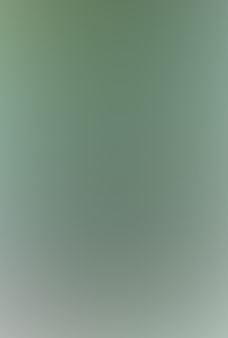 Church doctrine has been shrewdly formulated to prepare humanity for a so-called ‘Second coming’ of Christ, heralded of course by a satanic period of consternation on earth.

This ridiculous ‘prearranged’ state of affairs, which is in effect subconsciously ‘welcomed’ by Church ethos,  is somewhat amusing in itself when so much doubt already exists about the widely supposed  historicity of the Christ figure; a first century Jewish mythological invention that was clearly based on much older, sun-god personages and traditions.

It does not have to be like this but to stop the rot humanity must wake up to the existent fundamentalist dangers that may lead to our absolute destruction. History testifies to those with clear minds, free from spiritual captivity, that the so-called ‘Good Guy’ in the white robe was never in fact anything of the sort. This was simply a clever subterfuge to control us all and it still works extremely well today! The hope and promises of great salvation are utterly counterfeit and deviously implemented, via using subconscious fear as a key, to ensure religious compliance over the masses.

The apocalyptical Beast of Destruction, so often misquoted by the Church and its blindly devoted adherents, lies ‘within’ and that is where it must be utilised (not feared) towards the quest for liberation of self and greater truth! The Beast remains as our vital animalistic nature that if ignored may run out of control, yet if incorporated effectively will lead us to survival, greater progression and nobility.

In absolute reverse, the so-called Lamb of God is the deceptive messenger, the perpetrator of false hope who will ultimately bring horrendous annihilation onto us all. The smiling wolf in sheep’s clothing is the real villain of the peace.

We have been historically hoodwinked and lied to by the conceited powers of spiritual supremacy for centuries.  Liberation of the spirit will not come overnight but it is sincerely obtainable if we can just bypass the liberal-minded bleeding hearts and the regular herd mentality that is pushed into our face on a daily basis.

Our very survival depends upon our ability to say ‘No’ to the decaying religious falsehoods of ‘all’ the eastern, monotheistic, religious cults we are force-fed throughout life!

The dog-collared servants of the False Messiah sit smugly in their dismal stone temples, confident in the knowledge that the propaganda they glibly spin to the trusting masses is still as effective today as it was centuries ago.

They get away with it only because – you let them!

The Beast inside can be restrained for a time; but then when let free it will undoubtedly assist us to tear through the ocean of sanctimonious lies and deceit of the Lamb!

Truth and enlightenment will undoubtedly triumph in time; it must for the survival of our species is 100% dependent upon it!